As part of the lengthening transition to adulthood, men and women have been steadily postponing parenthood. In this profile, we use data from the National Survey of Family Growth (2002, 2006-2010, 2011-2013, and 2015-2017) to examine the average age at fatherhood among men aged 40 to 44, which is near the end of the childbearing years. First, we examine the 30-year trend in men’s (and women’s) age at first birth. Then, with a focus on 2015-2017 data, we investigate fathers’ age at first birth across relationship status, race/ethnicity, and educational attainment. 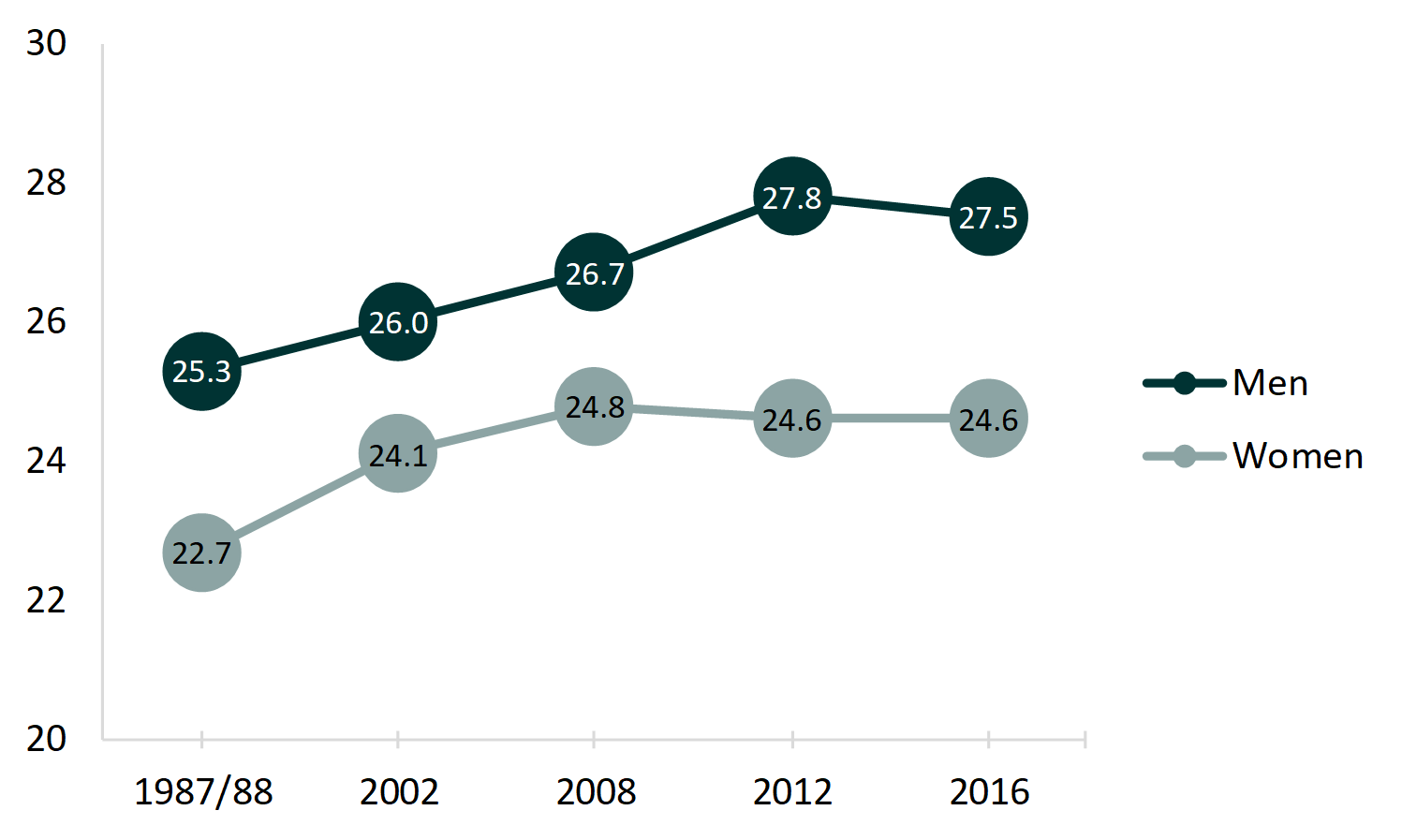 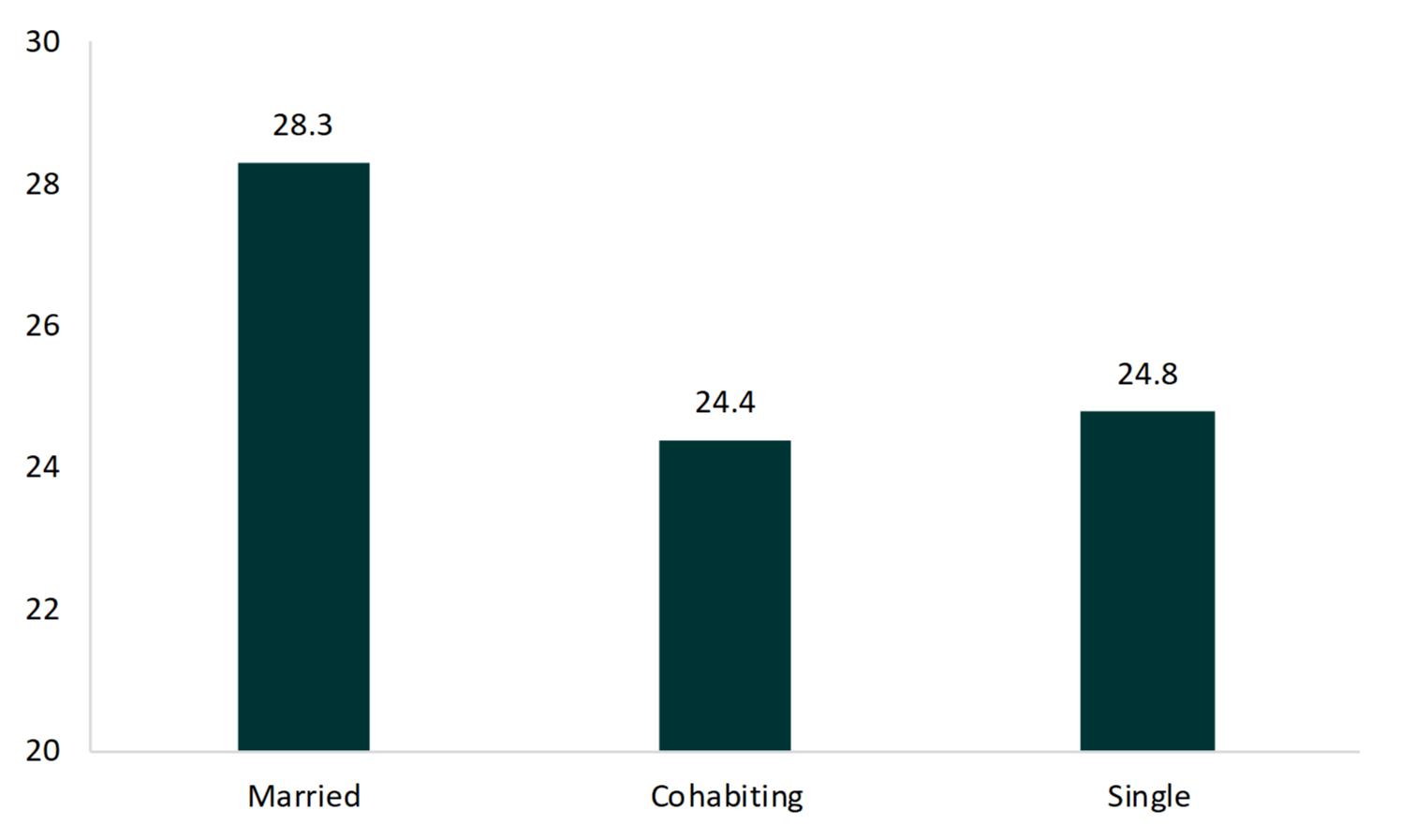 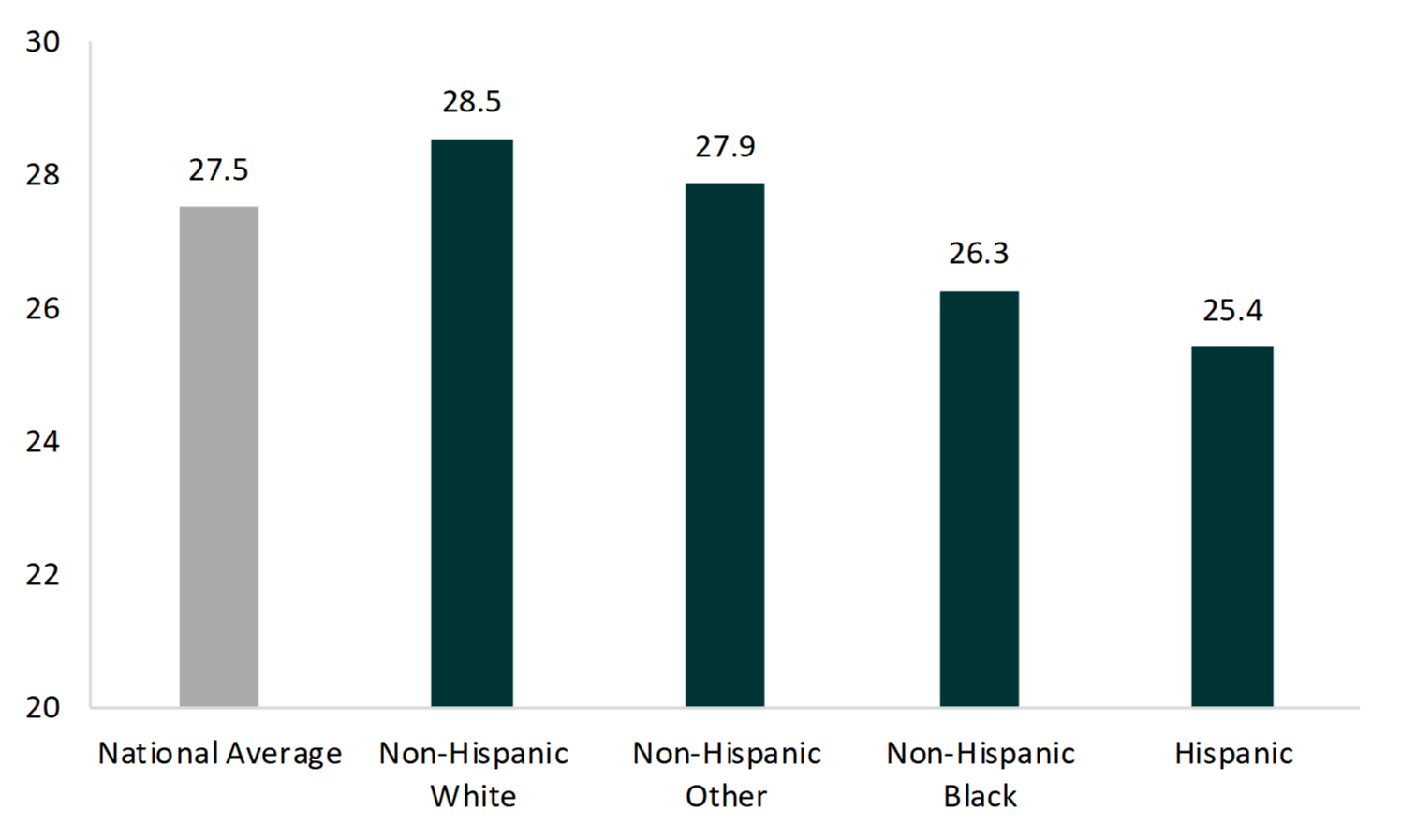 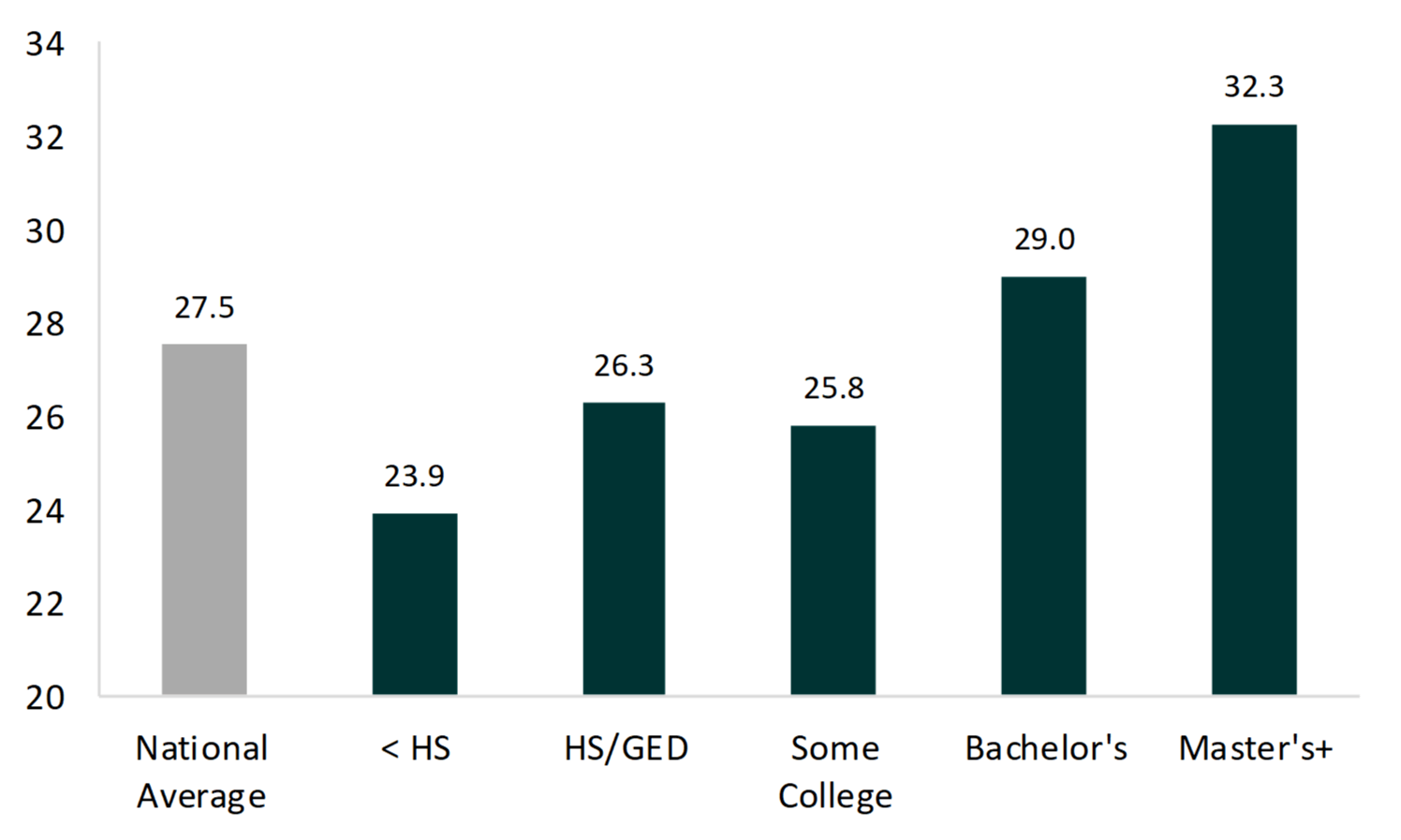