cHABs are a group of single-celled aquatic organisms that have been around for a very, very long time – billions of years. They are photosynthetic, drawing energy from sunlight, and some species play an important role in the environment by converting atmospheric nitrogen into chemical forms that plants require to grow. Collectively, they also produce about 25 percent of the oxygen in the atmosphere.

Under the right conditions, however, cHABs can reproduce massively – yielding a bloom. Many factors can contribute to the severity of a bloom, but they typically result from excess nutrients in the water, specifically phosphorus and nitrogen, and warmer water temperatures, which most cHABs favor.

When they occur, blooms can turn freshwater into “pea soup” and create thick mats of slime on the surface of the water and along the shoreline. Blooms can also smother bottom-dwelling aquatic plant life and when they die and degrade they can lead to fish die-offs due to lack of oxygen in the water. Some species of cyanobacteria also produce toxins that can be harmful to pets, livestock, wildlife and humans. For example, the 2014 Toledo water crisis was the result of cHAB toxins from western Lake Erie contaminating the city’s water supply. 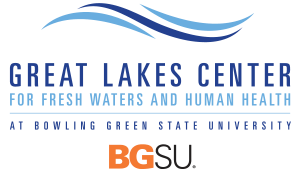