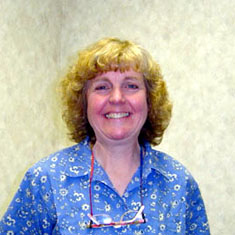 Neurophysiological, behavioral, anatomical and computational modeling techniques are applied to questions of how the nervous system encodes information about the environment, as detected by fish auditory and lateral line sensory systems. These two systems have in common the same type of sensory receptor cell, the hair cell, which responds with electrical changes in the membrane when the apical "hairs" (cilia) of the cell are bent. Essentially, hair cells in the lateral line system of fish respond to water currents along the fish's body, such as those produced by nearby moving prey or by ambient water motions in a stream. Hair cells in the fish auditory system normally respond to whole-body accelerations caused by movements of the surrounding water, but in some species can also respond to the propagated pressure changes normally associated with air-borne sounds.

Current research efforts focus on how the auditory and lateral line systems of fish are used in identifying and localizing biotic (e.g. prey) and abiotic (e.g. rocks) entities in the environment and how complex, natural behaviors (e.g. prey capture behavior) are guided by information simultaneously extracted from both systems. Behavioral techniques are used to describe the natural behaviors of fish, as well as specific abilities to perform various localization, identification, or discrimination tasks, with and without various sensory systems intact. Neurophysiological techniques are used to measure the responses of cells in the peripheral and central nervous system (CNS) to different stimuli identical to those used in behavioral tasks. Anatomical techniques are used to describe (1) the cytoarchitecture and organization of processing centers (nuclei) in the CNS and (2) the distribution and peripheral anatomy of lateral line endorgans for modeling purposes. Computational modeling is used to predict whole-body acceleration and water flow patterns and thus, stimulation patterns to both auditory and lateral line systems for different stimulus sources and during the time course of a complex behavior. Finally, response properties from peripheral cells and cells at different levels of the CNS are compared to each other and to modeled predictions and these, in turn are compared to behaviorally-measured sensory abilities in order to determine how information about the environment or biologically relevant stimuli is encoded and processed in the brain.