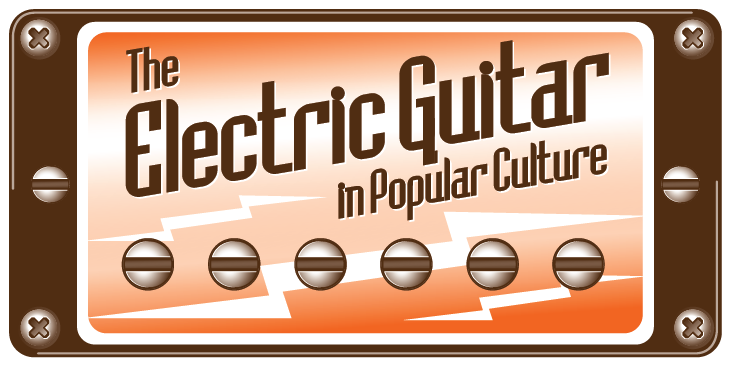 The conference and all related events are free and open to the public. Registration is encouraged, but not required. 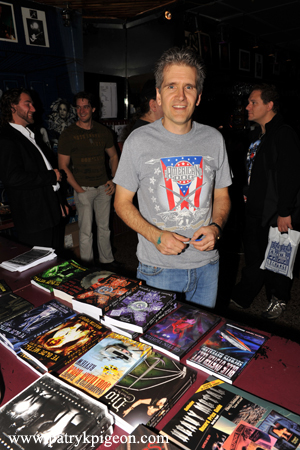 Martin Popoff
Martin Popoff has written nearly 8,000 record reviews across all genres, making him one of the most prolific reviewers of our times.  He has authored 49 books about hard rock, heavy metal, classic rock and record collecting and has works published in eight languages. For 14 years, he was editor in chief of the now retired Brave Words & Bloody Knuckles, Canada’s foremost metal publication. He has also contributed to Revolver, Guitar World, Goldmine, Record Collector, lollipop.com and hardradio.com, with many record label band bios and liner notes to his credit as well. Additionally, Popoff worked for two years as researcher on the award-winning documentary “Rush: Beyond the Lighted Stage” and on Metal Evolution, an 11 episode documentary series for VH1 Classic. Currently he lives in Toronto and is a consultant for Banger/VH1 Classic series Rock Icons. 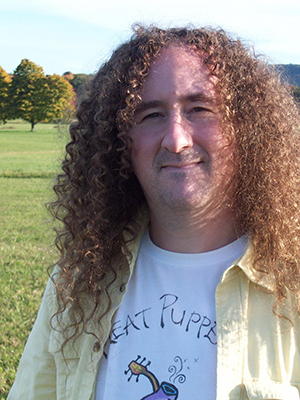 Steve Waksman
Steve Waksman, a professor of music and American studies at Smith College, has turned a lifelong involvement with music as a player and listener into a career as a rock and pop scholar. He has written “Instruments of Desire: The Electric Guitar and the Shaping of Musical Experience (Harvard University Press, 1999), and This Ain’t the Summer of Love:  Conflict and Crossover in Heavy Metal and Punk (University of California Press, 2009). Waksman is co-author with Reebee Garofalo of the sixth edition of the rock history textbook, “Rockin’ Out: Popular Music in the U.S.A.,” and with Andy Bennett, on the forthcoming “Sage Handbook of Popular Music.” He has contributed many essays, reviews and chapters about the electric guitar and guitar-related topics in books and other publications. In 2008, Waksman was the keynote speaker at the Rock and Roll Hall of Fame’s event honoring the legacy of guitarist and inventor Les Paul. Currently, he is writing a book on the cultural history of live music and performance in the U.S. 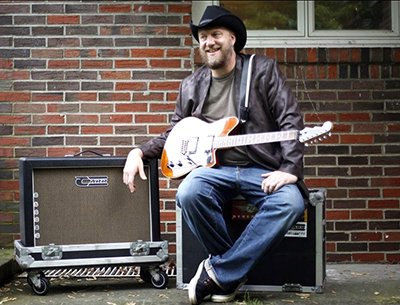 Ken Haas
Ken Haas is Reverend Guitar’s general manager, where he is in charge of sales, artist relations, trade shows and, other projects. He started with Reverend demoing guitars at trade shows and was named head of sales in 2007. He was promoted to be Reverend’s general manager in 2010. Haas has been playing guitar since 1981, during which time he has amassed quite a guitar collection. Currently he and his wife Penny, perform in The Polka Floyd Show. He also plays steel guitar in The Zimmerman Twins. 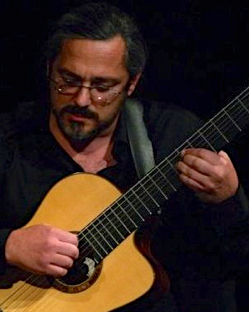 Chris Buzzelli
Since 1984, Chris Buzzelli has been on the faculty of Bowling Green State University where he is professor of guitar and jazz studies, and director of the Vocal Jazz Ensemble. He has served as an adjunct faculty member and presenter of clinics and master classes at other colleges and universities, as well as at regional and national conferences.. He has written articles for various jazz and music journals and publications, and has published a number of solo guitar arrangements and guitar ensemble compositions. Many of his arrangements for vocal jazz ensemble are published by Sound Music Publications. He appears on several recordings, with two released under his own name. Buzzelli maintains an active performing schedule, mostly in the northwest Ohio area, but has also played in some nationally recognized venues across the country. 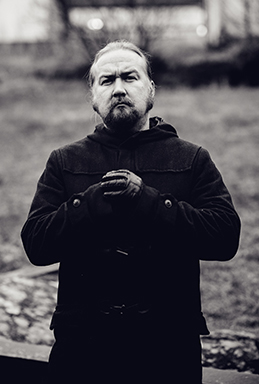 Kimi Kärki
Kimi Kärki is a Finnish cultural historian (Ph.D.), guitar player and singer-songwriter. Known for his versatile guitar playing and somber compositions for Reverend Bizarre, Lord Vicar, Orne, E-Musikgruppe Lux Ohr, and, most recently, Uhrijuhla, Kärki has developed his recognizable playing style within doom metal, progressive, folk, and electric ambient scenes. This variety of mostly underground styles reflects the open and intuitive approach to music, which is in the very heart of Kärki's craft. “The Bone of My Bones” is Kärki's first solo album, focused on folk music. 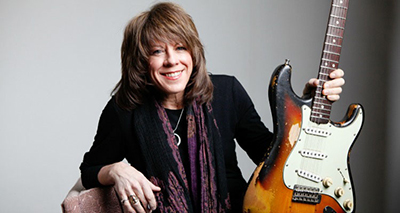 Kelly Richey
Blues guitarist Kelly Richey is listed among the top 100 gifted guitarists (Truefire Community, 2011) and is frequently compared to blues icons Jimi Hendrix and Stevie Ray Vaughn. She has shared the stage with such legends as Lonnie Mack and Albert King and has opened for greats such as Joe Cocker, Johnny Winter, Edgar Winter, REO Speedwagon, George Thorogood, Robben Ford, Warren Zevon and James Brown. She is known for making music that is hard rocking, blues-based and guitar driven. Although starting out on electric guitar, Richey also mastered the acoustic guitar, and for many years played in folk/rock duos, co-writing and singing with other musicians. She joined Stealin’ Horses in 1986, touring with the band for four years before founding her own independent record label, Sweet Lucy Records, and releasing 15 CDs and 1 DVD over a 20-year period. She is a seasoned songsmith and a longtime guitar instructor. In 2006, after developing guitar workshops and blues history programs to take into school classrooms, she established a nonprofit to bring music education into public schools. 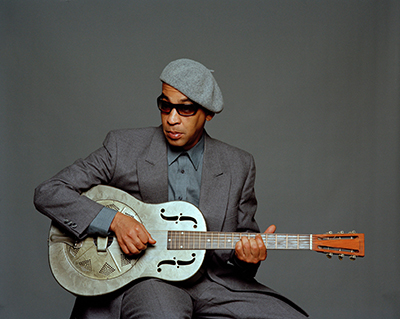 Little Axe – Skip McDonald
Little Axe-Skip McDonald is a living legend and hugely influential in funk, hip-hop, reggae, blues and world music. He was a member of the funk/jazz fusion band Wood, Brass and Steel in the early 1970s. He also was a member of the Sugar Hill Posse, the house band for Sugarhill Records, and was an arranger and guitar player on some of the record label’s most well-known hits including “The Message” by Grandmaster Flash and the Furious Five. He went on to form Tackhead alongside legendary producer Adrian Sherwood from On U Sound Records.  He was an instrumentalist, musician and vocalist on dozens of sound recordings released through On U Sound including reggae artists Junior Delgado, Bim Sherman, Dub Syndicate and African Headcharge to name a few.  In addition he has also worked with Living Colour, Sinead Oconner, Lee Perry and other internationally known artists. With his Little Axe project, Skip McDonald has blended blues, reggae and world music. 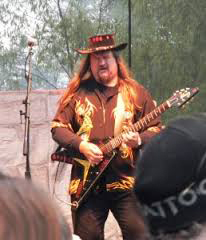 Chuck Stohl
Chuck Stohl is one of the most sought after guitarists in the Midwest. He is a versatile guitar player working in many different genres and is well known for his hard rock and heavy metal guitar virtuosity.  He was the founder of the band Damien and has gone on to release numerous sound recordings with them and his other musical project titled Stohl-n.  He has enjoyed success with videos on MTV and working with international artists. Chuck Stohl is also a guitar teacher and has taught thousands of students in his 30 years. 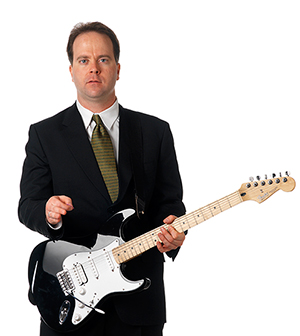 Matthew Donahue
Matthew Donahue is a lecturer in the Department of Popular Culture at Bowling Green State University, specializing in topics related to popular culture, popular music, film, media and culture and popular culture and the arts. He has lectured internationally and served as an authority for national and international publications.. In addition to his academic work, he is also a musician, artist, filmmaker and writer. As a musician, he has released sound recordings internationally working within a variety of rock and roll genres. As an artist he uses popular culture as the basis of his artistic creations working in two and three dimensional collage/mixed media, street photography and art cars. He is an award-winning documentary filmmaker for such films as “The Hines Farm Blues Club” and “Motorhead Matters.” Additionally, Donahue has made documentaries on the history and culture of art cars and created music and concert videos.

Ohio Humanities, the School of Cultural and Critical Studies, the Department of Popular Culture, the Stoddard and O’Neill Endowment for Studies in Popular Culture, Office of the Vice President for Research & Economic Development, the Ethnic Cultural Arts Program, the Popular Culture Scholars Association, the Arts Village, Coca Cola, Office of Campus Activities

The conference is free, but registration is highly recommended.