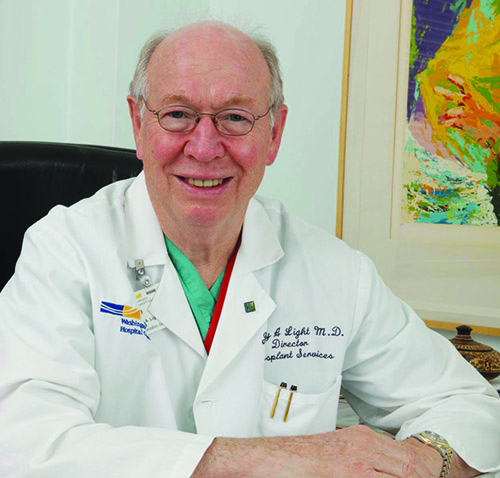 College of Arts and Sciences

He is a founding member of the American Society of Transplant Surgeons and was the founding secretary and later president of the South-Eastern Organ Procurement Foundation, the premier organ-sharing network of the time. Today, he is an at-large
member of the successor organization, the United Network for Organ Sharing.

He has written more than 600 abstracts and articles and serves on the editorial boards of all the major transplant journals. He continues to lead the transplant program at Washington Hospital Center. 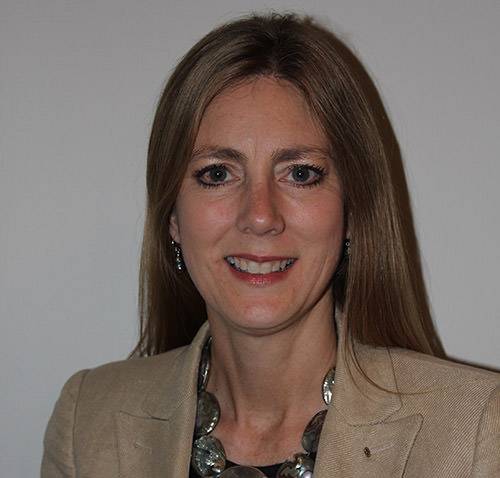 D’aun Norman is a partner in Assurance Services with Ernst & Young LLP in Detroit. She has 27 years of assurance and advisory experience in northwest Ohio and southeast Michigan, including extensive experience leading audits of public and private companies that operate globally and has coordinated audit teams in over 40 different countries. She is experienced in serving companies in the manufacturing,
automotive, distribution, retail and technology industries.

Norman is also a member of the Ernst & Young Global Account Partner Group and is a graduate of the Ernst & Young Executive Program at the Kellogg School of Management at Northwestern University. She earned the 2016 Americas Inclusiveness Award at EY, recognizing leaders who actively work to create diverse high-performing teams by regularly practicing inclusive leadership. She previously served as the Assurance People Leader for Ernst & Young’s Michigan and Northwest Ohio area practices, where she had significant involvement in mentoring, development and
retention programs.

Norman graduated from BGSU with a bachelor’s in accounting. During her time at BGSU, she was an Honors College student and was active with Beta Alpha Psi international honors organization and the Accounting Club. She currently serves as a member of the College of Business Leadership Council and the Accounting Advisory Board. 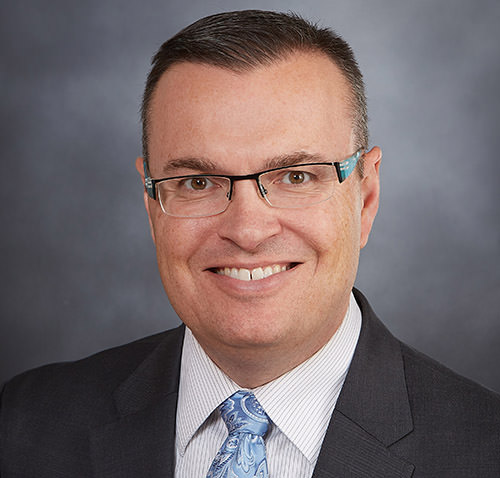 College of Education and Human Development

Curtis Danburg will be entering his 23rd season with the Cleveland Indians. In his current role as senior director of communications, he oversees corporate communications, baseball information, broadcasting, digital media, photography and historical archives.

He began his career with the organization by spending three years interning in the Indians’ Media Relations department before becoming a full-time member of Media Relations in 1998. He transitioned in 2005 to lead Corporate Communications and Digital Media, areas still under his direction. Danburg also spent seven seasons (2005-2011) overseeing Creative Services for the Indians before being promoted to a leadership role with the entire Communications division in 2011.

A native of Mentor, Ohio, Curtis graduated from BGSU with a degree in sport management. He volunteered for four years in the BGSU Sports Information Department and was co-chair of Sport Management Alliance for two years.

He currently serves as a board member for Ohio Guidestone, Baseball Heritage Museum and Orange Effect Foundation.

Danburg, his wife, Danielle, and their two children, Tyler and Hannah, reside in Fairview Park, Ohio. 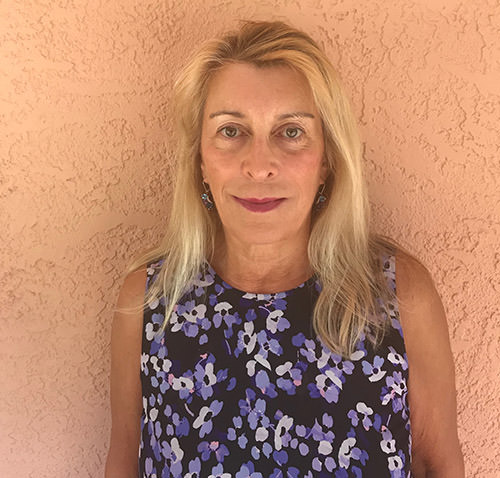 Jeanne C. Obrenovich earned her Associate of Applied Business degree from BGSU Firelands in 1974, followed by a Bachelor of Arts. Working as a graduate assistant, she also earned a Master of Science in career technology in 1980.

She is retired from Sysco Food Service of Cleveland, where she was employed from 1983 to 2008. As a director of health care sales, she increased target market product sales by 20 percent through designing and implementing a new marketing strategy. She handled all new marketing strategies and services for 190-plus strategic national  accounts, as well as planned, developed and expedited healthcare seminars and food shows.

Obrenovich also founded and directed a new healthcare division that exceeded $13 million in revenue through the consolidation of street sales business. She also facilitated the acquisition and integration of Seaway Food Service by Sysco to retain over 90 percent of acquired business.

She helped establish the Dr. Joseph F. Krauter Scholarship and recently established her own scholarship to support students at BGSU Firelands. 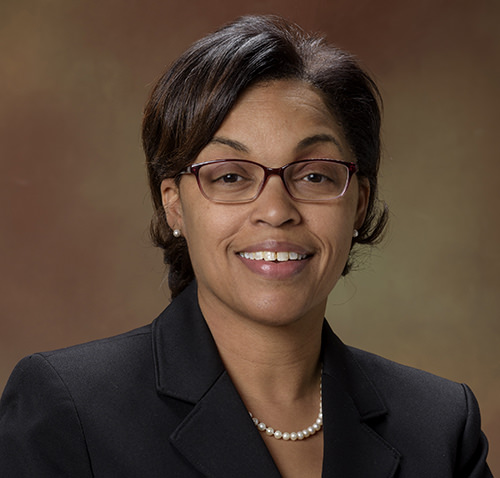 Haney previously served as Moraine’s dean of liberal arts  and dean of academic services, where she was responsible  for strategic planning reports for academic affairs, orientation for new deans, faculty recruitment, faculty  evaluation and adjunct faculty programs. She developed  and implemented the adjunct advancement program and effective teaching strategies seminars and served as an  adjunct faculty member.

Haney has worked at other four-year schools, most recently as the university ombudsman for faculty and staff at the University of Nevada-Reno (2007-2009). Prior to coming to Moraine, Haney was a program administrator and an assistant professor of communication arts at Defiance College in northwest Ohio. She served as codirector of Defiance’s honors program, communication arts internship director and the multicultural programming events coordinator. 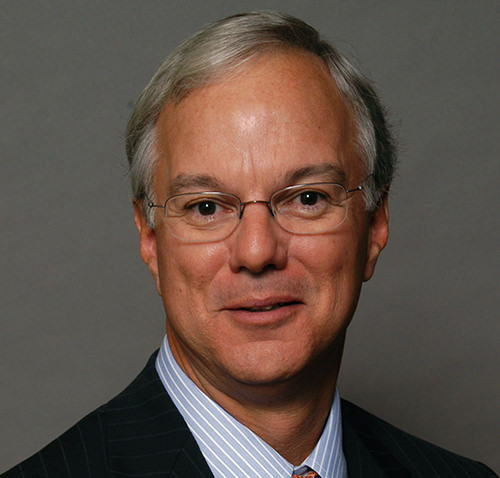 College of Health and Human Services

Kevin Webb is chief acute and post-acute care officer at ProMedica, with responsibility for leading the system’s 12 hospitals, diagnostics and ancillary operations (lab, imaging, sleep, respiratory therapy and pharmacy) and post-acute services (long-term care, skilled nursing facilities, home care, hospice and rehab). In addition, he leads the safety and quality programs for the organization. He has been with
ProMedica for 17 years.

An audiologist, Webb is a fellow of the American College of Healthcare Executives, a member of the Ohio Hospital Association Board of Trustees, where he serves as a past chair, a member of The Partnership for Excellence Board and a former president of Ohio Council of Speech and Hearing Administrators.

In addition, he is a member of the Toledo Cultural Arts Center Board, the Rutherford B. Hayes Presidential Library & Museums Board and a past president of the Sylvania Chamber of Commerce. 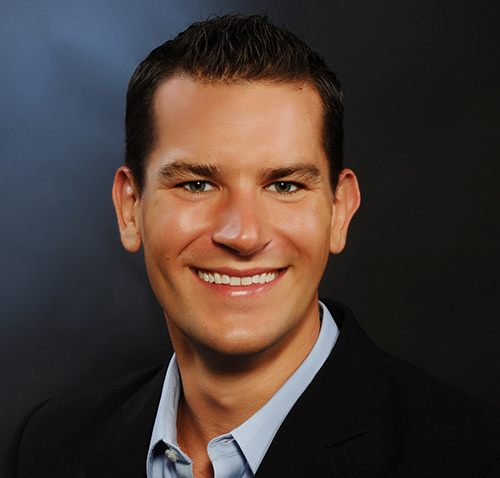 Kevin Buss began his career in information technology at Procter & Gamble in June 2001 after graduating with honors from BGSU. As part of his first assignment with the company, he led several technical initiatives of a new product and packaging system that allowed P&G to save millions of dollars, and was recognized, along with the team, with an external CIO Award.

He was promoted to North America Oral Care interactive marketing manager in 2004. In the early years of digital marketing, he led the adoption and early innovation inside the company. In 2008, he moved to the North America Baby Care organization as the digital marketing manager, leading many key innovations for the Pampers and Luvs brands that earned him internal recognition with three consecutive Global Brand Building awards.

After another promotion in Cincinnati, Buss was afforded the opportunity to continue his leadership in Global Baby Care with a role in Singapore, where he established the digital analytics model for the company and led the standardization of digital key
performance indicators. In addition, he focused on building the organization in Asia through people management and mentorship.

In 2015, Buss moved to Boston with an expanded role owning both digital and business analytics for the Global Grooming business consisting of the Gillette, Venus and Braun brands. In his current role, Kevin has a dual focus of leading both the overall IT analytics and insights organization as well as the global digital organization.

Buss also leads P&G’s LGBT Boston organization, GABLE, known for driving change, pushing limits and being wicked proud. He was recently recognized within P&G with the 2017 Luminary Award to highlight the success of his efforts. 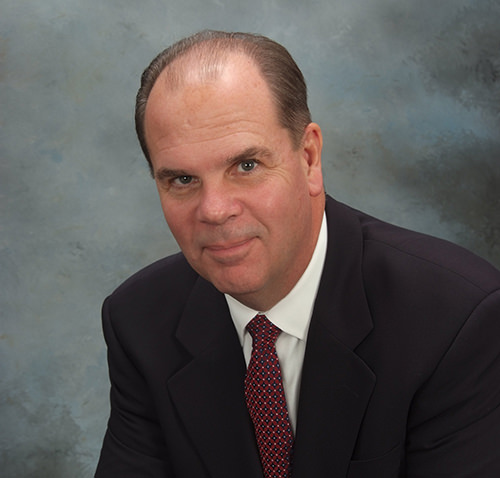 Roger Hall graduated from BGSU in 1982 with a Master of Music degree in conducting after earning a Bachelor of Music Education degree from The Ohio State University. He became the first executive director of the Ohio Music Education Association (OMEA) in 2004, following 14 years as the chief financial officer of the association.

During his 25-year tenure with OMEA, he guided the association through a transition from a completely volunteer organization to a staff-supported model with seven employees. During this period, the net assets increased over 900 percent, and the development of programs and services enabled the association to operate on a 90 percent earned-income business model.

He also served as an adjunct member of the faculties at Malone University (2001-2004) and The University of Akron (1985). Mr. Hall’s bands performed at NAfME division conferences throughout the Midwest and for the Ohio Music Education Association
Conference eight times.

Hall was named an outstanding faculty member at Perry High School every year from 1989-2002 and in 1985 was named Teacher of the Year at GlenOak High School. He is a recipient of the Distinguished Service Award from The Ohio State University School of Music, the Ohio Music Education Association Distinguished Service Award and was inducted into the Ohio Band Directors Hall of Fame in 2010. In 2017, the National Association for Music Education named him a Lowell Mason Fellow for outstanding contributions to music education.

Hall resides in Massillon with his wife, Jennie. He has two children, Jodee and Stacie,and two grandchildren, Benjamin and Kaitlynn. 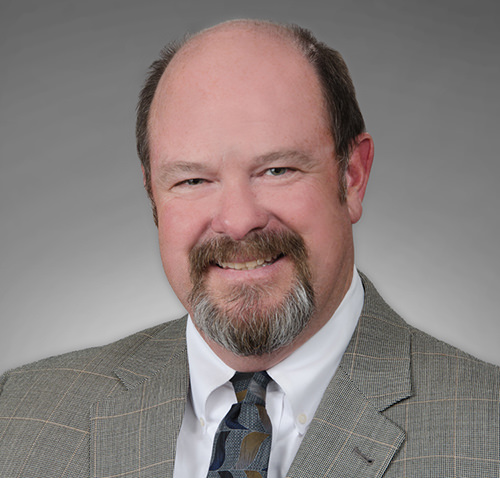 Rudolph is a member of a number of boards and committees, including Adopt America Network, American Red Cross Blood Services, Detroit Regional Chamber of Commerce, Ann Arbor Spark and the Toledo Metropolitan Area Council of Government, among many others. He also serves as president of the Owens Community College Foundation Board.

Rudolph is one of a select group of businessmen and women appointed by the governor to the Association of Ohio Commodores, which recognizes contributions to economic development in their communities and to the state of Ohio. He also holds membership in a number of chambers of commerce and economic development organizations throughout Ohio and Michigan. 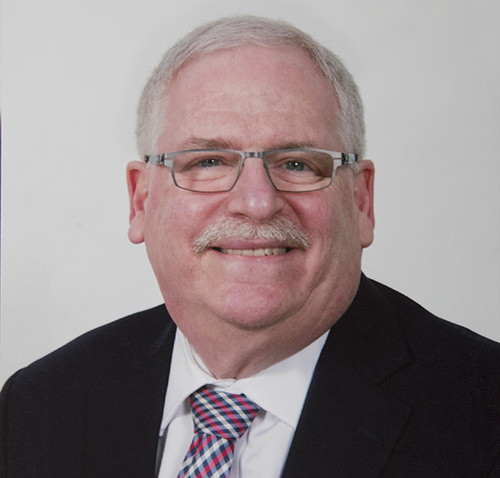 Dr. Richard J. Hochenberg earned a bachelor’s degree from BGSU before continuing on to dental school and then private practice in his native New York City, with practices in Manhattan and Tarrytown, New York.

He enjoyed a 20-year career as a professor at New York University’s College of Dentistry, where restorative dentistry was his specialty. Dr. Hochenberg did more than just teach hundreds of dentists; he also shared ideas with some of the most talented minds in his profession. The base of knowledge he gained during this tenure has given him the power of discovery and the ability to assess problems and adapt to changes in dental care.

Dr. Hochenberg is a member of the New York Academy of Dentistry and has served BGSU’s University Libraries Leadership Council since 2012. He also is a proud Falcon Club member. Although not a Falcon, his wife, Flora, is also a member of University Libraries Leadership Council, wearing more orange and brown than many alumni. They have two children, a daughter, Jennifer, and a son, Scott. Their son is also a BGSU alumnus.