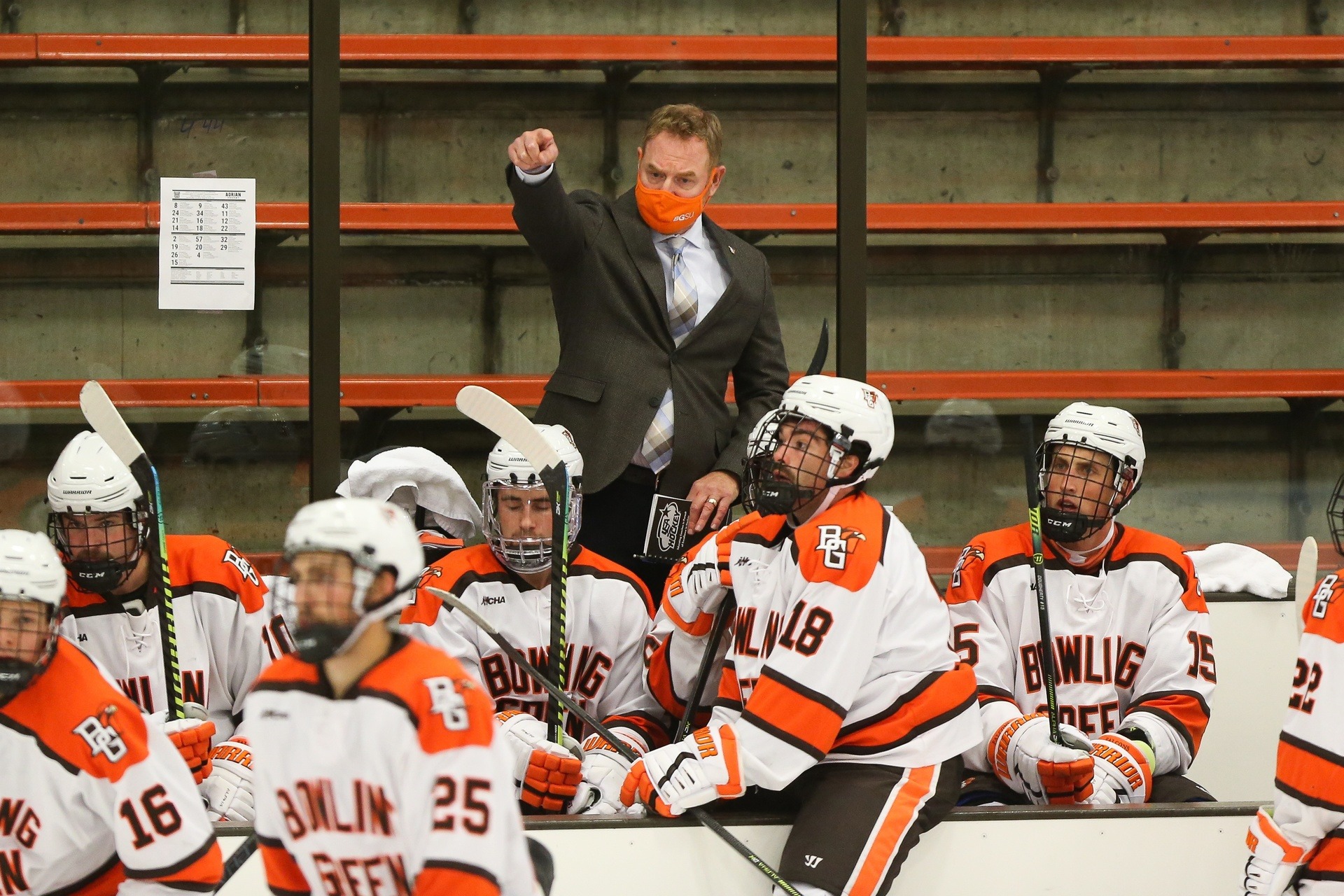 How do you prepare for a season with so many unknowns?

First, I want to thank the WCHA and leadership from the league in terms of putting something together. It’s been a lot of work to get to this point. I certainly also want to say thanks to President Rogers, Bob Moosbrugger, Jim Elsasser and our trainer, Dan Fischer. It’s an ever-changing environment and we’re very appreciative to have the opportunity to compete. The one thing we’ve tried to do consistently when we’ve been able to be with our guys is to remind them how lucky we are to have the opportunity to play and have support from the league and institution. The reality, though, is no one knows what the season will look like and we have to be prepared for anything.

Can you talk about the new season and the outlook of the team? 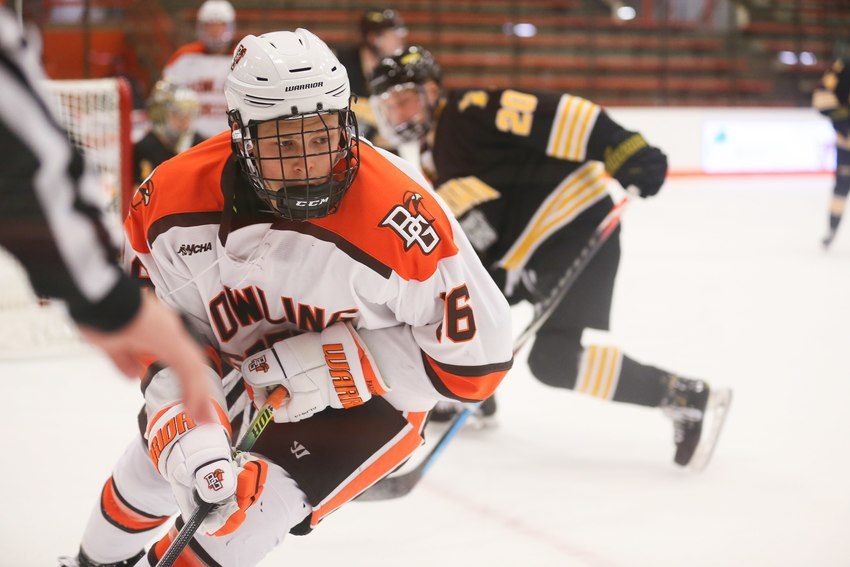 This is a year we’re really excited about. We lost four players from last year’s team that ended the year with the longest active unbeaten streak, going 8-0-2 in our last 10 games. We felt really good about how we were playing. We lost Alec Rauhauser, a two-time All-American, Jacob Dalton, a defenseman, and Frederic Letourneau and Casey Linkenheld up front. Obviously, Alec will be difficult to replace. Trying to replace a two-time All-American is not easy, but we have a bunch of depth coming back. We’ve got 10 seniors in this season’s class. We have 16 forwards this year after having 14 last year. We have nine defensemen this year; last year we had eight. And then the three goalies are all back. This is a group that is motivated and was disappointed about the way the season ended last year. They really want the opportunity this year to prove how good we can be. We have good leadership, depth at every position and some big-time kids returning up front.

Is the mindset different this year than in years past?

We just want to remind ourselves that every day we get a chance to be out there on the ice together, whether it be a practice or a game, we’re very lucky.

We just want to remind ourselves that every day we get a chance to be out there on the ice together, whether it be a practice or a game, we’re very lucky. We want to take advantage of all the opportunities we get this year. We’ve also told the guys to focus on the things they can control, then hopefully we get a chance to play all 18 league games and then the playoffs and it all goes off without a hitch.

How important are the WCHA games this season?

The guys know that these are all opportunities for us to go have fun together, but the WCHA games are the only games that we’re going to play that will matter in the standings. Those will be fun games for us to get into the WCHA season, knowing that now there isn’t really a Pairwise to fall back on or something like that. Last year we played one of the largest conference schedules in college hockey, but with a smaller schedule this year there is less margin for error. They’ll be really excited when those games come around.

We saw both Eric Dop and Zack Rose spend time in goal last year; what’s the approach this season at goaltender? 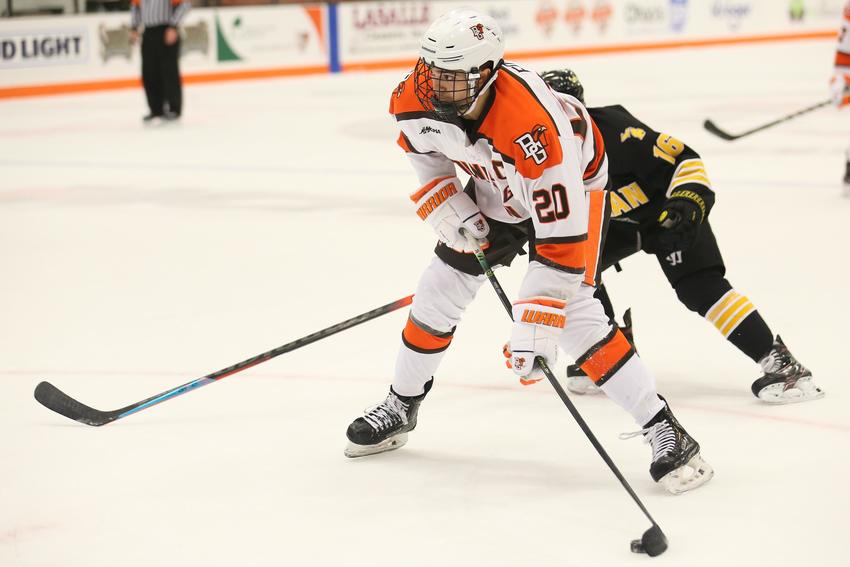 We’ve been a team for the last decade or so that’s always wanted two goalies that give us a chance to win every night and we’ve had that situation more often than not. When Eric Dop came in four years ago and was paired with Ryan Bednard the thought process was that we could hopefully get to a 1A, 1B scenario. We have that same thought process with Eric and Zack Rose. Zack has done a really nice job in his time here and has come a long way in just a year in our program. That’s not to take anything away from Eric. He’s as good a goaltender as there is in our league and he’s done a great job in his three years here. We feel really comfortable with both of them. Having depth at all three positions is critical, maybe this year more than ever, and Zack Rose and Eric Dop in goal are certainly that scenario. They are both really good and we’re lucky to have them.