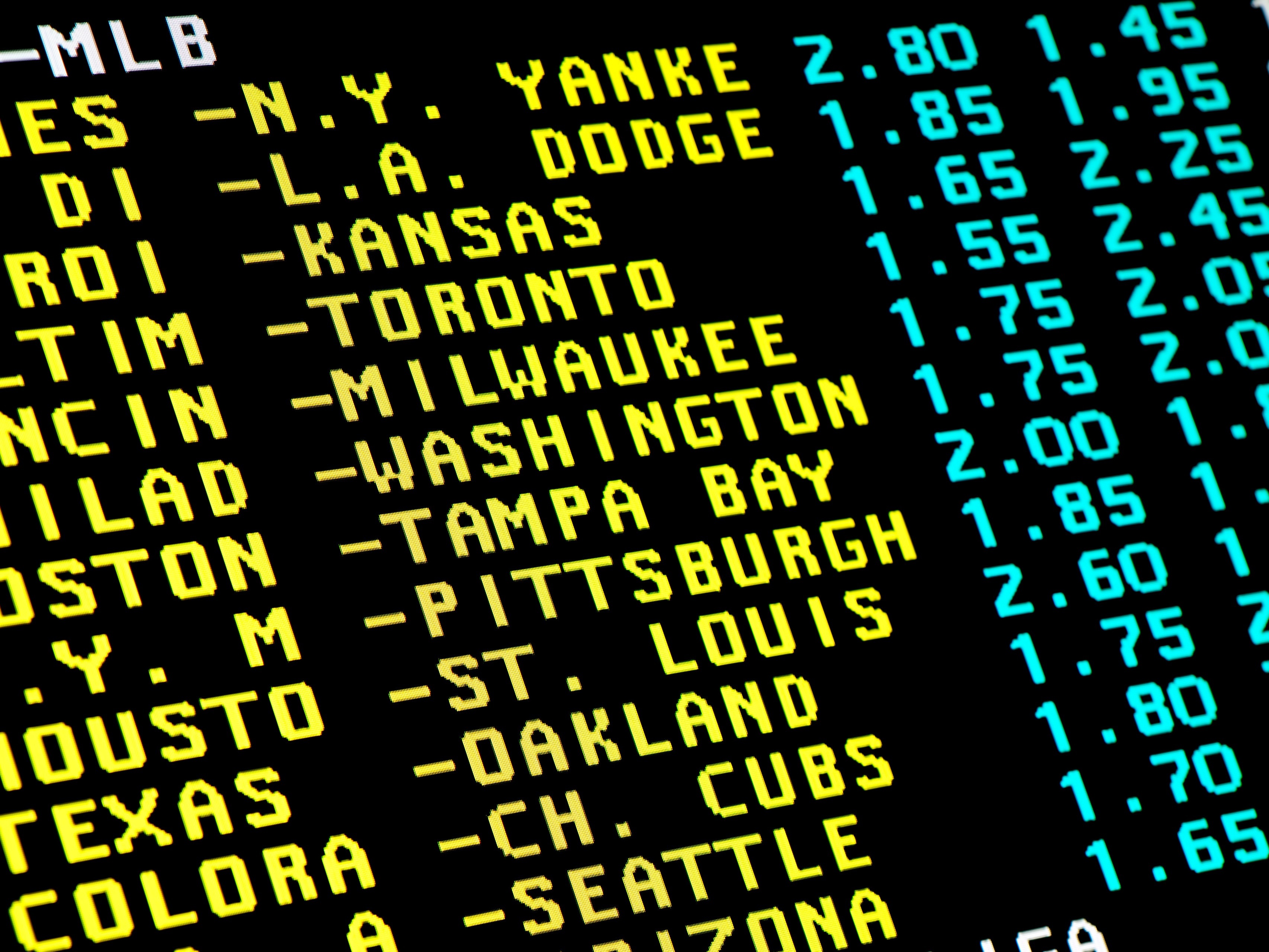 A Bowling Green State University psychologist is undertaking a yearslong research project to better understand how problem gambling on sports can be better understood and possibly predicted — all as the landscape for sports betting changes in real time.

Dr. Josh Grubbs, an associate professor in the BGSU Department of Psychology who extensively studies behavioral addictions, received more than $1 million in grants for the landmark research into gambling in the United States.

The grants include an award of nearly $402,000 to study sports betting behaviors from the Sports Wagering Research Fund, its first-ever award, according to the International Center for Responsible Gaming (ICRG).

Grubbs’ research is particularly timely thanks to a wave of recent legislation that makes sports betting more accessible across the United States, including in Ohio. The Ohio Legislature passed a bill that legalized sports gambling in 2021, and Ohioans now can legally bet on sports as of Jan. 1, 2023.

“I really fell in love with doing the work because problem gambling is so different from other addictions,” Grubbs said. “I think one of the things that is really fascinating is how demographically different sports gamblers look from other forms of gambling. For the most part, it’s mostly young, educated men with disposable income who gamble on sports, which is a different demographic than most other gamblers.”

Grubbs said the first warning sign for gambling addiction is often chasing one’s losses. If someone loses $50 on a bet, then tries to recoup their loss by immediately placing a new bet for $100, debts can accumulate quickly and become out of control.

“We’ve known for decades now that probably the single best predictor of problem gambling, sports or not, is chasing your losses,” Grubbs said. “The difference between someone who gambles for fun and someone with a gambling problem is something we can usually get at with just one question: ‘Do you chase your losses and try to win back what you lost?’”

Grubbs’ research into sports betting features a massive sample size, including 2,800 Americans who were recruited through YouGov regardless of their familiarity with gambling. Additionally, another 1,500 people who had placed a bet on sports within the past year were added to the sample. 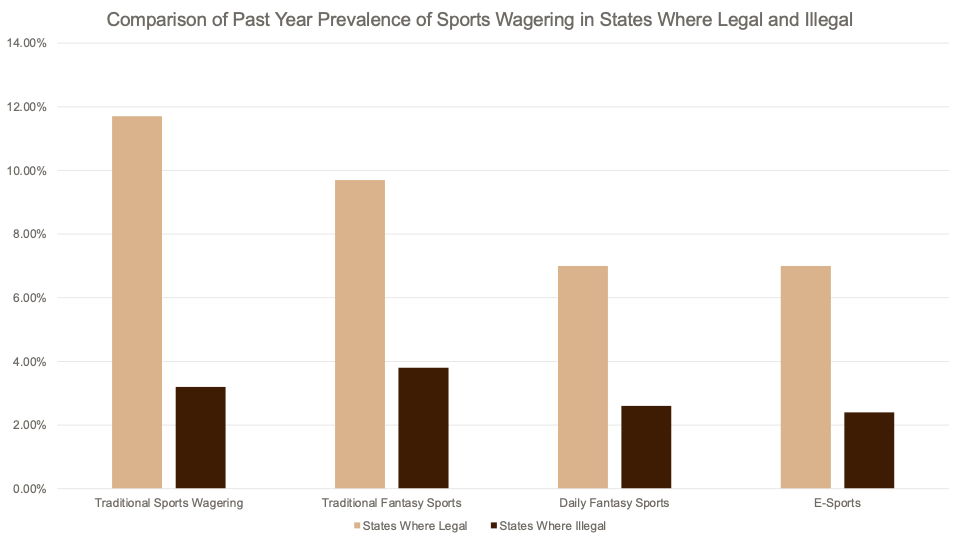 As expected, the amount of people who bet on sports rises once sports betting becomes legal. Ohio began to allow sports gambling for the first time on Jan. 1. (Josh Grubbs / BGSU)

Grubbs began accumulating data in March 2022 and will track this sample for two years to understand the prevalence of sports wagering, identify risk factors for problem gambling, gauge the influence of technology and understand how betting behaviors change over time.

Grubbs — who co-authored a paper with Dr. Shane Kraus '13, a BGSU alumnus now teaching at the University of Nevada, Las Vegas, that was published earlier this year in the Journal of the American Medical Association — used that data to shed light onto which subcategories of sports betting are most likely to be correlated with problem gambling in the future.

Interestingly, the data suggest that sports bettors may be at higher risk for problem gambling, but two subgroups in particular were correlated with a gambling addiction: wagering on daily fantasy sports and esports.

Traditional fantasy sports leagues, which generally require upfront entry fees before a season and do not pay out until the end of the season, are not correlated to problems, Grubbs’ findings suggested.

However, bets on esports and daily fantasy sports settings that feature quick investments and quick returns are a different story.

“If you think about the regular context of fantasy and how most people do it, it would be hard to develop a major gambling problem on something that you have to wager on, then manage for four months. That’s generally not how gambling problems develop,” Grubbs said. “They develop on quick investments and quick turnarounds. It’s that instant gratification piece that’s so important.

“Daily fantasy and betting on esports are the same way. Those are the people showing the greatest odds of becoming problem gamblers.”

While the number of people who gamble on sports is not huge when compared with the larger population, it’s also not rare, especially with greater access than ever before.

Grubbs said as states legalize sports betting, it’s possible that there will be slight increases in the number of people who will develop a gambling addiction.

“My impulse is to say that we will likely see a slight increase in problem gambling behavior because of the accessibility,” Grubbs said. “Any time you take the brakes off accessibility to something, more people will develop problems, which has played out with substances in the past.”

Grubbs said gambling addiction is often not given the same number of resources as other addiction programs, so any increase should be taken seriously. In Ohio, however, Grubbs said the state is already well-equipped with the Problem Gambling Network of Ohio, which he said is one of the best gambling addiction prevention and treatment programs in the country.

With sports betting in the midst of a wave of legalization, Grubbs said the research has highlighted just how different betting on sports tends to be when compared with other forms of gambling.

Sports are often unpredictable, but it is the uncertainty of the games and the illusion of skill that entices some bettors to engage in problem gambling.

“There is some skill involved, at least to a point, but there is this large degree of uncertainty where it seems like if you try hard enough, spread your bets out the right way and research the right things, you can come out ahead,” Grubbs said. “There is this belief that you can beat the book – which, in the gambling realm, is not typically a good belief to have.”