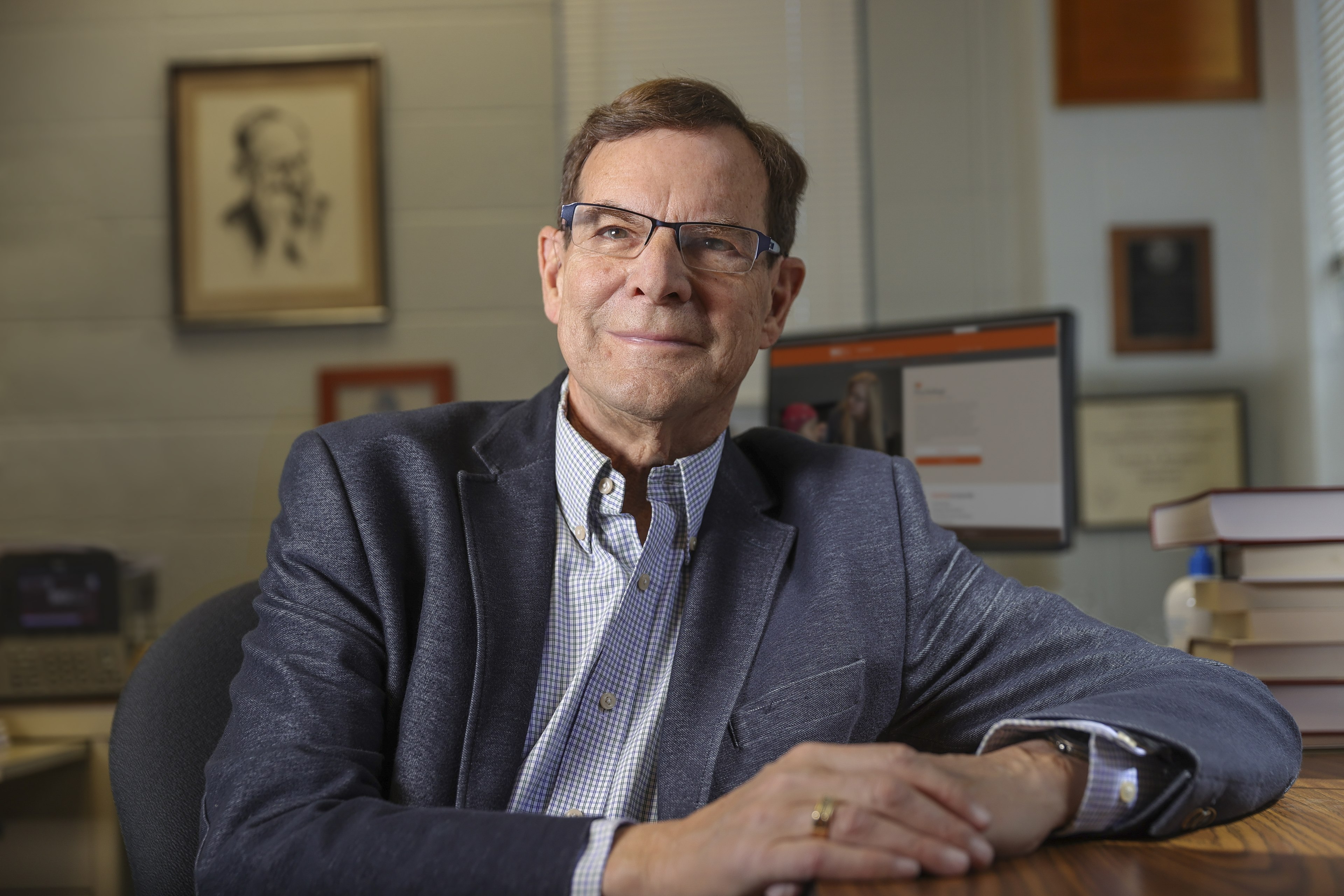 While psychologists are formally trained to recognize many aspects of a patient’s individual well-being, one widely acknowledged gap in training involves how to address a patient’s spiritual beliefs during assessment and treatment. A lack of understanding of the role of religion and spirituality in mental health can lead to practitioners feeling unequipped to deal with religious issues that may come up in treatment and can stymie patients from fully expressing their spiritual and religious concerns.

The understanding of the client-driven role of spirituality in mental health is shifting, though, due in large part to the foundational work of Bowling Green State University professor emeritus Dr. Ken Pargament in the Department of Psychology.

Pargament is working with colleagues to address the spiritual competency gap in clinical training spanning psychology, counseling, marital and family therapy and social work. BGSU is one of six universities sharing a $5.1 million grant from the John Templeton Foundation, which is seeking to catalyze a cultural shift in training for spiritual competencies in mental health.

According to Dr. Carolyn Tompsett, who chairs the Department of Psychology, Pargament’s role in the multi-site study reflects his eminence in the field.

“Ken Pargament’s research on religion and spirituality has shaped the field of psychology,” Tompsett said. “He is widely recognized as the primary expert in his area.”

In fact, BGSU has been at the center of studies in spirituality and mental health for many years, following the formation of a research group under Pargament’s leadership in 1979, which was later named the Spirituality and Psychology Research Team. Dr. Annette Mahoney joined the group in 1994 and together with Pargament, they have established BGSU as a leading institution for the study of religious and spiritual issues related to psychology.

“Annette and I have had a wonderful collaboration over the years, training many graduate students in this new field,” Pargament said. “I would like to think our work has fostered a resurgence of interest in the psychology of religion and spirituality.”

Setting the stage with online program

This is the second Templeton Foundation grant that Pargament has received in the area of spiritual competency training, having served as the principal investigator on the initial project that was designed for mental health professionals in the field. Spiritual Competency Training in Mental Health (SCT-MH) was developed collaboratively with Michelle Pearce from the University of Maryland and was completed in 2018.

“We designed, implemented and evaluated the first program and it proved to be effective in enhancing the skills, knowledge and attitudes of mental health providers,” Pargament said. “It was delivered entirely online, which allowed for wide participation among mental health professionals.”

The success of the online program set the stage for a larger initiative to foster spiritual competency training in graduate and postgraduate education across the United States.

Pargament and Pearce went back to the Templeton Foundation, which was impressed with the online program’s results and was supportive of a much larger initiative to catalyze a cultural shift in fostering spiritual competencies in mental health. The current initiative involving six universities incorporates a new focus on bringing spiritual competency training to all graduate mental health programs in the United States across the fields of psychology, social work, counseling, and marital and family therapy. Pargament pointed to just how ambitious that goal is, given that most programs don't provide any training in working with spiritual and religious issues in mental health care.

“Our area is just one piece of the larger grant,” Pargament said. “Templeton is funding other research projects to foster training in this area, while also supporting efforts to create a kind of sea change among the mental health professions, licensing boards and programs across the United States.“

Pargament and Pearce have been joined by Dr. Joe Currier from the University of South Alabama, who has been serving as the principal investigator of the current effort to bring SCT-MH into core curriculums across U.S. universities.

“Our focus is on refining and evaluating an eight-module program to train graduate students in mental health programs based on our original Spiritual Competency Training in Mental Health program,” Pargament said. “We’re excited to see this unfold across participating universities after SCT-MH was so well received by 168 mental health providers across the country.”

As an incentive, participating faculty and universities will receive a total of $40,000, with the goal of greatly expanding the reach of this program into graduate clinical training. Pargament’s team began recruiting interested faculty members and pilot-tested the program during the 2022 spring semester. Training began this fall and the eight-hour modules of SCT-MH will be integrated into coursework this spring.

Pargament’s decades of research into the role of religion and spirituality in mental health has added another dimension of recognition to the Department of Psychology at BGSU, which is ranked No. 3 in the nation for its industrial and organizational psychology program in the U.S. News & World Report’s 2023 Best Grad School Rankings.

“Dr. Pargament’s pivotal role in this multi-site study reflects his eminence in a long-neglected area that has brought six universities together on a large grant,” noted Tompsett. “His pioneering work to address the gap in how mental health professionals approach the spiritual side of the individual’s well-being makes him the ideal individual for this important work.”

The grant from the John Templeton Foundation is a strong affirmation of Pargament’s life work, which embraces the University’s mission as a public university for the public good. His work also aligns with the foundation’s vision to “enable people to create lives of purpose and meaning.” For Pargament’s part, it all comes down to how best to help individuals experiencing mental health problems.

“Our vision is to give mental health professionals the spiritual competency training needed to open up clinical practice to the whole human being,” said Pargament. “Not just who we are as biological, social and psychological beings, but spiritual beings as well, which we believe will broaden and deepen the health and well-being of people that we’re trying to help.”