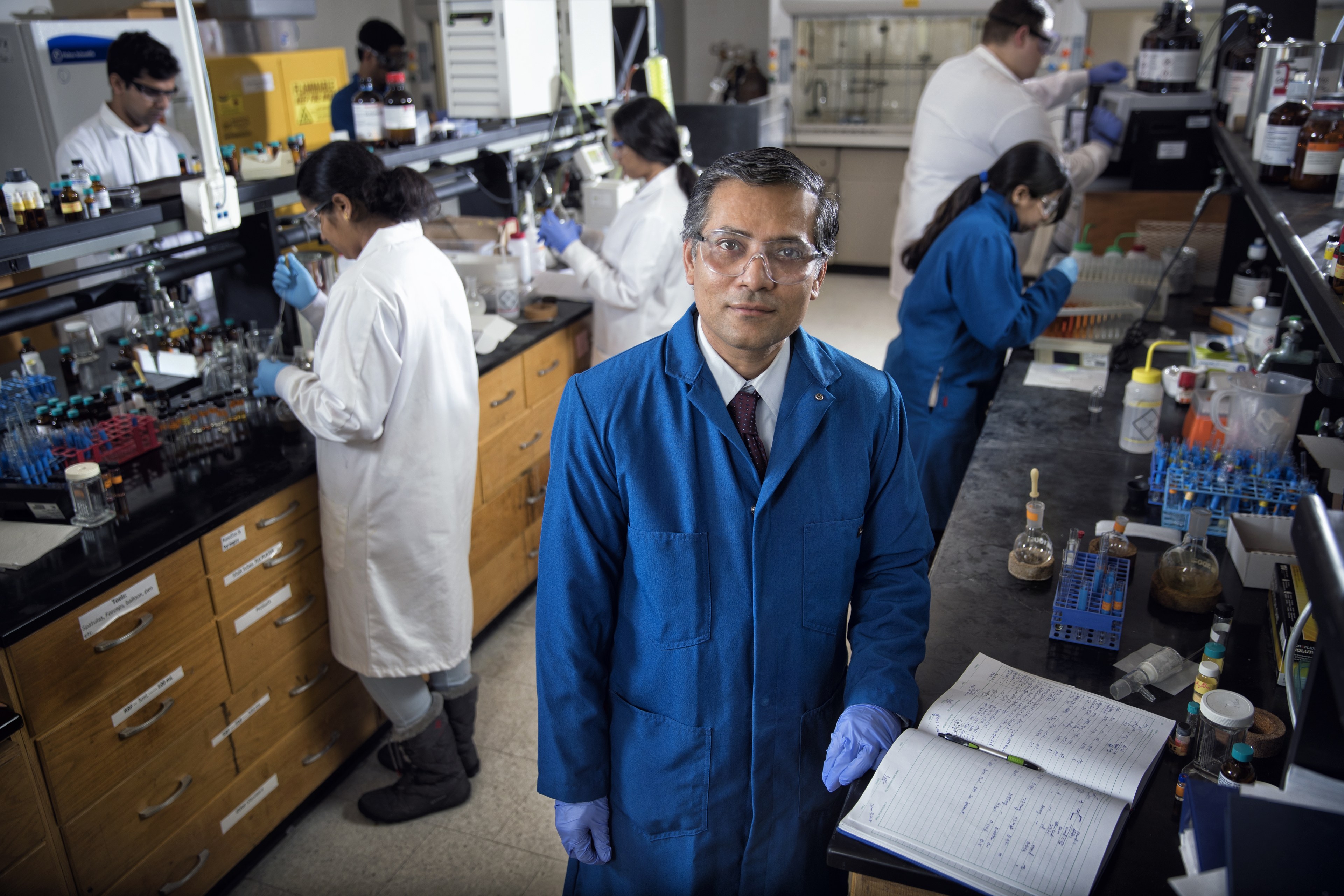 Maybe it makes its way into a recycling bin or perhaps it’s thrown away. In both scenarios, the water bottle or its recycled counterpart will break down over several decades, polluting soil and waterways in the form of microplastics.

“What happens to plastics is they eventually end up in the environment,” said Dr. Jayaraman Sivaguru, distinguished university professor in the Department of Chemistry at Bowling Green State University. “If you look at regular plastics, people try to recycle them and while you can go from one form to another, they’re not going to decompose on demand.”

Sivaguru calls this an “end of life” issue, and it extends well beyond water bottles. Thousands of everyday items, from toothbrushes to cellphones to tennis shoes, are made with plastic.

To help combat global microplastic pollution about which environmentalists have sounded alarms for decades, Sivaguru and two professors from North Dakota State University (NDSU) have developed plastic that decomposes on demand.

The innovative method, now patent-protected, is the result of more than a decade of research by Sivaguru and NDSU researchers, Dr. Mukund Sibi, university distinguished professor, and Dr. Dean Webster, professor.

“This is a great collaboration of two universities working to solve an important global problem,” Sibi said.

The plastic, made from a chemical called vanillin found in the extract of a vanilla bean, will degrade when exposed to a specific wavelength of light.

“What we want to do is maintain the durability of these plastics, but at the same time, whenever you decide to get rid of it, you can essentially turn on a switch, shine a light and decompose the plastic,” said Sivaguru, who also serves as associate director of the University’s internationally recognized Center for Photochemical Sciences.

Vanillin is a biomass material that is renewable. It features a “photo-trigger” in the polymer backbone with programmable degradability at 300 nanometers - an ultraviolet light wavelength that’s invisible to the human eye.

About 65% of the material is recovered through the degradation process, which occurs in a controlled laboratory setting, and can be recycled.

The researchers' findings were published in Angewandte Chemie, one of the world’s premier chemistry journals. The article, “Towards Upcycling Biomass-Derived Crosslinked Polymers with Light,” was among the most read in June.