Sgt. Brison Woods makes education a priority as the Ohio Army National Guardsman balances being a student with being a soldier

Bowling Green State University junior and Ohio Army National Guardsman Sgt. Brison Woods left in September for Texas, where he’ll spend two months training for a year-long deployment - his third and longest departure since enrolling at the University in 2019.

Although this is Woods’ first overseas deployment, he’s familiar with the balancing act of being a student and an active military member. Woods has been activated twice, creating unique differences in his educational journey.

“As soon as I get back, I’m finally going to finish my degree,” Woods said. “I want to finish what I started. Once I’m able to do that, I’ll be ready for the world.”

An astute high school student, Woods initially attended an honors college at a private university, where he majored in pre-med. But away from the guidance and support of his parents, Woods said he struggled to stay on track.

“When I finally had complete freedom from my parents, I took advantage of it in the wrong way,” he said. “I did not have the discipline I needed when I started college. I was all over the place.”

Woods enlisted in the 37th Brigade's 1-148th Infantry Regiment of the Ohio Army National Guard in 2018, searching for the discipline he felt he lacked.

After returning from basic training in Fort Benning, Georgia, Woods, who grew up in the Toledo area, enrolled at BGSU in Fall 2019 and initially majored in international studies with an interest in living and working abroad.

“My parents have always stressed to me how important education is,” Woods said. "Education will open up the world for you. If all else fails, I have a degree. It's a foundation."

Student and soldier on duty

In April 2020, Woods’ unit was given a 24-hour notice of activation to Columbus, Ohio, to work as corrections officers at The Ohio State University Wexner Medical Center.

The unit provided security when prisoners were brought into the hospital to be treated for COVID-19. With just a few weeks left in the semester and the short deployment notice, Woods said that on his own, he struggled to communicate the necessary information to his professors.

“I hadn’t been activated before, so I wasn’t sure what I needed to do in terms of my coursework or scheduling times to make up exams,” Woods said.

Around that time, Jason Graven, military program coordinator in Nontraditional and Military Student Services (NTMSS) at BGSU, reached out to Woods, offering to help with any activation-related needs. Woods acknowledged that Graven frequently communicated with him, but he rarely engaged.

This time was different.

“I thought I could handle juggling college and my military duties by myself,” Woods said. “After finally reaching back out to him, I learned that sometimes, a helping hand can push you to new heights of independence and self-sufficiency.”

Staff in the NTMSS offices are regularly in contact with veterans and military students, offering one-on-one counseling, peer support and connections with outside organizations like the Department of Veterans Affairs and Student Veterans of America. 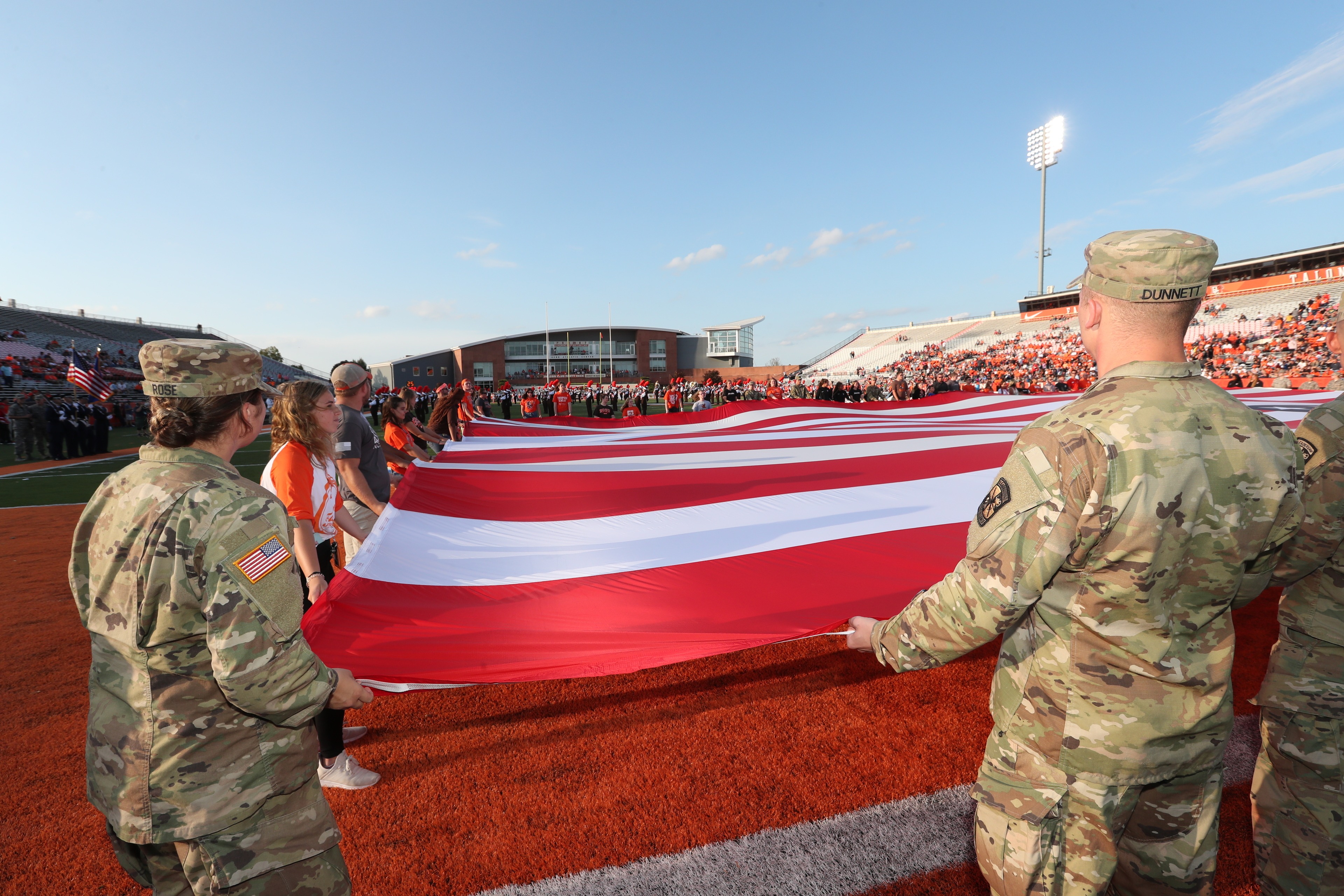 BGSU is top-ranked nationally for its support of veterans and active military students.

An activation to Washington

Woods spent Fall 2020 attending classes at BGSU. Then, on Jan. 8, 2021 - two days after the insurrection at the U.S. Capitol - Woods was activated with his unit to Washington. He was registered for classes for the upcoming semester, but the long hours and unpredictability of shifts made it nearly impossible to keep up with his coursework.

“Our shifts were based on what was happening that day,” Woods said. “Sometimes, they were 10 hours, sometimes 15 and even 20 hours.”

When Woods returned to BGSU in early February, he looked to NTMSS for help getting back on track with his classes and readjusting to life as a student.

Woods recently changed his major to a Bachelor of Liberal Studies with a minor in computer science after being introduced to cybersecurity through his role in the Army.

"I'm so close," Woods said. "I want to finish college and jump into the next phase of life."