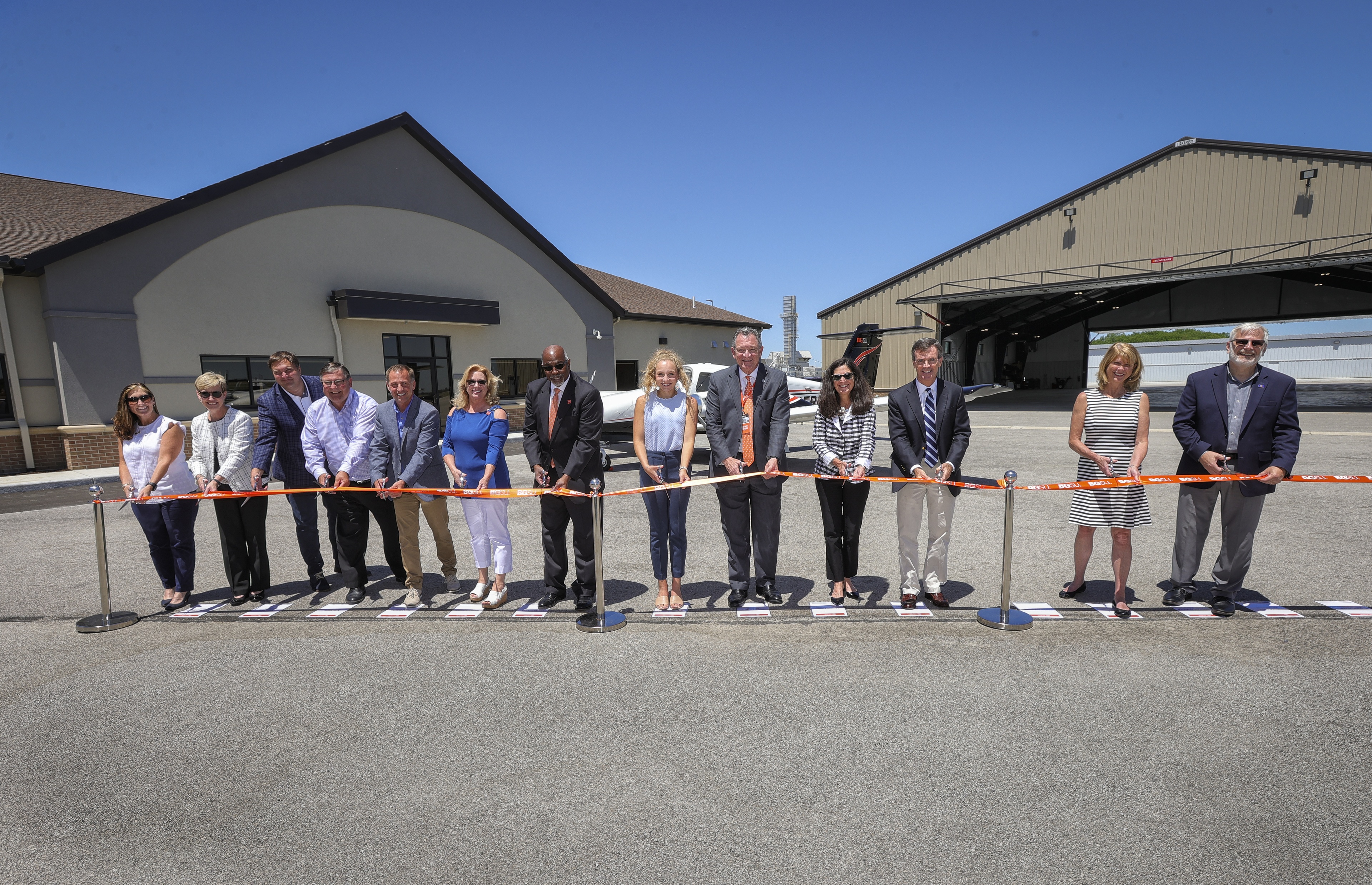 In recent years, the Bowling Green State University Aviation program found itself with a good problem to have: more demand than space.

With nearly 400 students in the program, BGSU is now home to the largest aviation program in the state of Ohio, one of the largest in the U.S. and one of the few academic programs with an airport on the land of its campus.

In the span of just seven years, from the 2014-15 to the 2021-22 academic years, the number of students and employees more than tripled and the fleet doubled, a sign of rapid growth.

“It is 1,000 times busier,” Bowling Green Flight Center general manager Melissa Webb said with a laugh. “Our staff has tripled in size and there is just a lot more traffic, so this building was quickly outgrown.”

But due to constant demand from the aviation industry, the University’s capability to train students and a key public-private partnership between BGSU and North Star Aviation, officials on Thursday cut the ribbon on a new, expanded training facility that will better serve students as they prepare to take to the skies.

North Star, which owns and operates the BG Flight Center, committed more than $5 million to upgrade the facility, a continuation of a partnership with BGSU that has been mutually beneficial since first agreed upon in 2015 and a key step in promoting public good in the workforce.

"This $5 million expansion certainly demonstrates our shared commitment to address a critical workforce need of today," BGSU President Rodney K. Rogers said. "It's what public universities need to be doing each and every day: addressing the global pilot shortage along with other professionals in the aviation industry."

The expansion will more than double flight operations, classroom and office space, and upgrades include 11,000 square feet of space, including bigger simulation rooms, modernization of its fleet, two new precision flight controls and the addition of a L3 Harris’ CRJ 900 jet simulator, which the program did not offer previously.

The simulator is the same one used by commercial airlines, while the other simulators are exact replicas of the Piper Archer and Piper Seminole planes used by BGSU Aviation.

"The students who use those on a daily basis are going to have the same, exact format as what they're learning to fly in," said Jerry Redman, vice president and general manager of North Star Aviation. "This additional investment will set the BGSU Aviation program apart from its peers and distinguish it as one of the top programs."

The larger area will allow more room for flight prepping and flight planning, private spaces for exams, and three classrooms on site that allow students to take their classes and begin “pre-flighting” without having to traverse campus first.

Additionally, the upgrades will allow for future expansion, including room for at least two more flight simulators and ample space for more students.

The jet simulator will become part of aviation students’ capstone course, building upon the rest of the curriculum by providing students with experience in a multi-person cockpit and giving them a leg up in a job market in need of more qualified pilots.

“It’s just one more thing that gives students a leg up when they graduate and move on to an airline,” Webb said. “They’re still going to have to do their airline training, so they’ll have to do their own jet training there, but this will give them some additional knowledge and preparation that other students might not have before going there, so it makes them a little bit more attractive for the job market.”