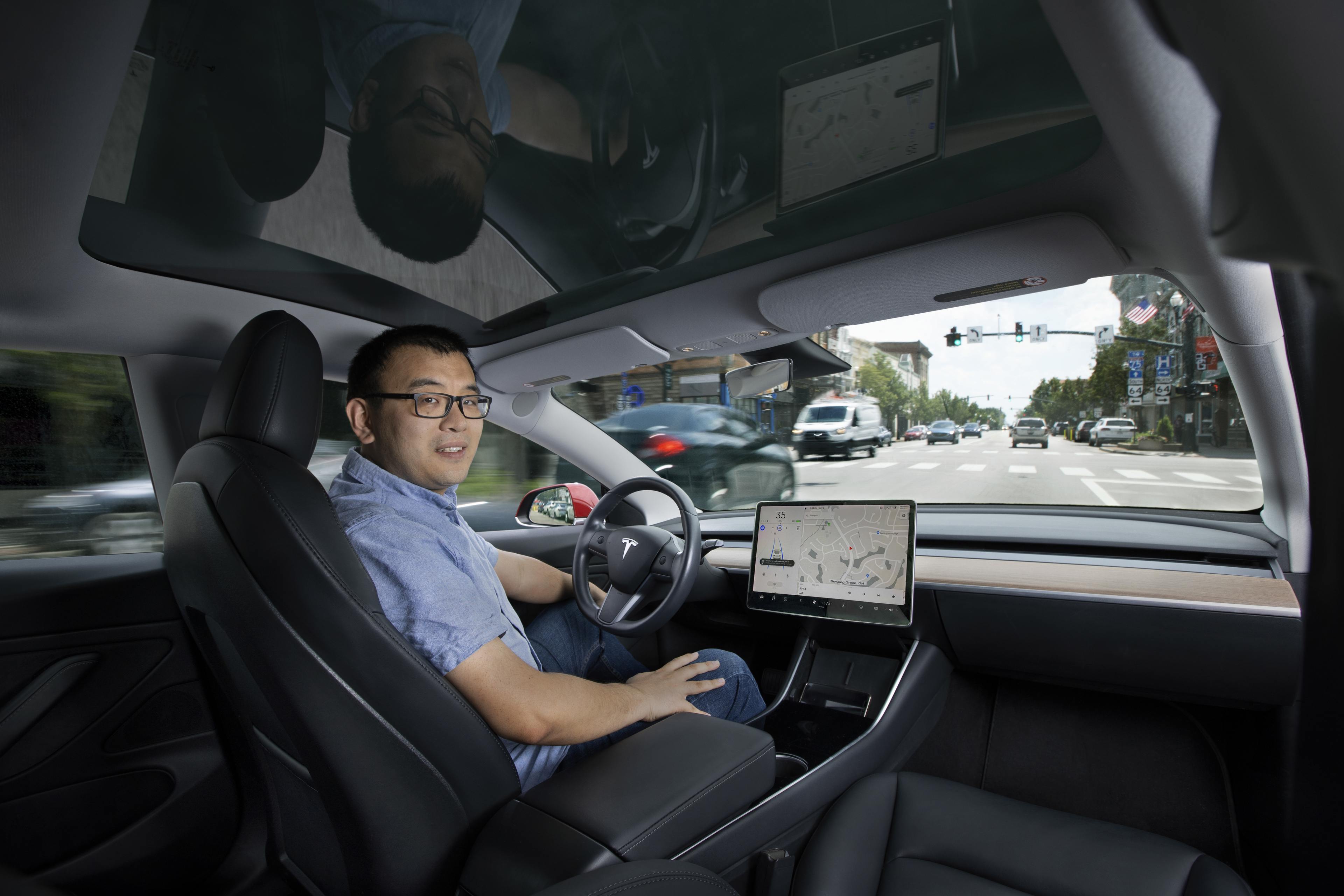 Dr. Qing Tian, assistant professor of computer science at Bowling Green State University, dreams of spending his roughly 90-mile commute to campus relaxing or preparing for the week ahead while his self-driving car safely navigates to campus.

“I spend many hours on the road,” Tian said. “If I can use that time to relax or prepare for class, that would be incredibly impactful not just for me, but for so many people.”

Although the reality of that may be a few years away, this summer, Tian will begin a two-year research project aimed at reducing the time it takes self-driving vehicles to detect objects. The project is being funded by a $149,343 grant from the National Science Foundation.

“When it comes to autonomous driving, if you can save even a few milliseconds, that can mean the difference between life and death,” Tian said.

In self-driving cars, high-performance neural networks tend to be large and complex. They consist of tens or hundreds of layers of neurons trained to detect objects and then perform the correct response, such as stopping at a red light.

The principal goals of Tian's research are simplifying the networks through a process called pruning while also increasing the robustness of visual detection.

When it comes to autonomous driving, if you can save even a few milliseconds, that can mean the difference between life and death

Jung Im Amy Choi, a third-year doctoral student studying data science at BGSU, is assisting Tian with the research. She likened the size and make-up of the deep neural networks to the brain of a 2-year-old.

Choi said at that age, the number of connections between brain cells, or neurons, is twice as many as adults. Although 2-year-olds can process large quantities of information, they can’t make fast, effective decisions at the rate an adult can.

“By pruning, we can get more efficient,” Tian said. “We are trying to achieve speed, accuracy and robustness all for the same process of image perception.” 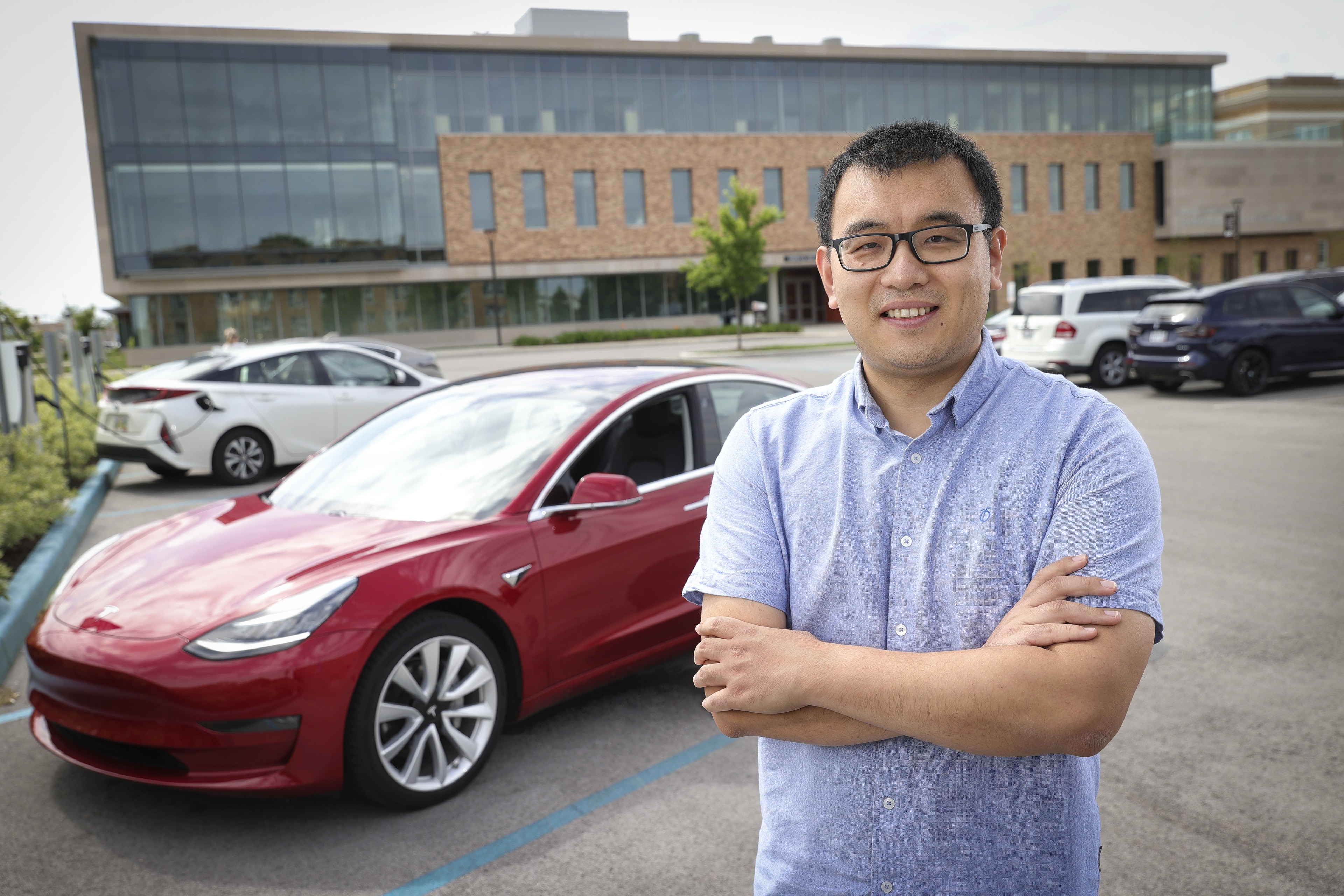 While the intent is to make the network smaller to reduce latency, maintaining robustness and reliability are critically important. Tian plans to accomplish that through adversarial training, which sharpens the network’s ability to recognize images accurately and reduces its vulnerability against malicious attacks.

“If you apply an adversarial sticker to a stop sign, autonomous cars can misidentify it as something else,” Tian said. “It doesn't look very different to my eyes, but it can fool the neural networks. This can have real-world impacts.”

Tian called his research foundational yet pivotal. He expects this two-year project to lay the groundwork for future research.

“The most important thing is to bring greater and safer mobility to the general public. The goal is creating public good.”

BGSU has long been at the forefront of providing degrees for in-demand careers. The Computer Science Department at BGSU was the first of its kind in Ohio when it was established more than 50 years ago, and computer science is now among the fastest-growing careers in the country and world.

The broad degree program allows students to pursue a Bachelor of Science with a strong emphasis on computer science and mathematics, or a Bachelor of Arts, which includes more flexibility and additional liberal arts courses.

Students have access to state-of-the-art computer labs and the opportunity to work on live programming projects. All computer science major classes are taught by dedicated, knowledgeable faculty, who foster a collaborative, student-centered learning environment.

Program graduates have been employed at places like Google, Intel and Amazon with over 93% of graduates reporting they are employed, in graduate school or starting a job within six months of graduation.