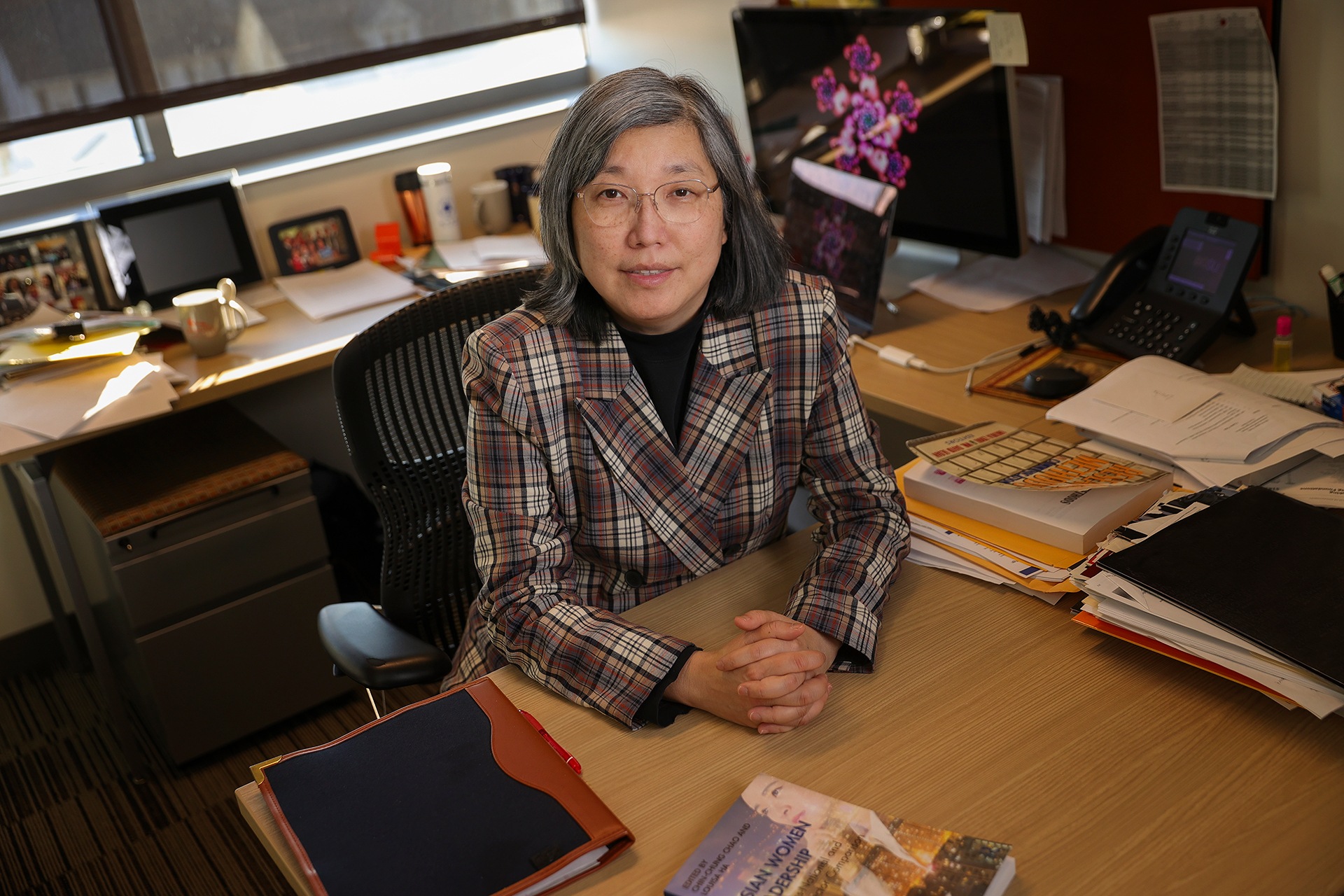 Research into female leadership in Asia by BGSU faculty, alumni hailed as pioneering

A 2020 book loaded with Bowling Green State University connections recently was hailed for its outstanding research by the National Communication Association.

Dr. Louisa Ha, a professor of research excellence (2021-24) in the BGSU School of Media and Communication, co-edited and contributed three chapters to “Asian Women Leadership: A-Cross-National and Cross-Sector Comparison” along with alumna Dr. Chin-Chung (Joy) Chao ’08.

The anthology looks at leadership from Asian women in several sectors – including business, non-profits, journalism and higher education, among others – from researchers at many universities across many countries to provide a comprehensive look at the topic, which also aims to contribute to the study of minority, disadvantaged and immigrant leadership.

Initially, the book was going to expand upon the special issue of Chinese women leadership in China Media Research that was edited by Chao, Ha said, but a suggestion from the publisher led them to broaden the research to reach even more cultures for a more complete understanding of the topic. 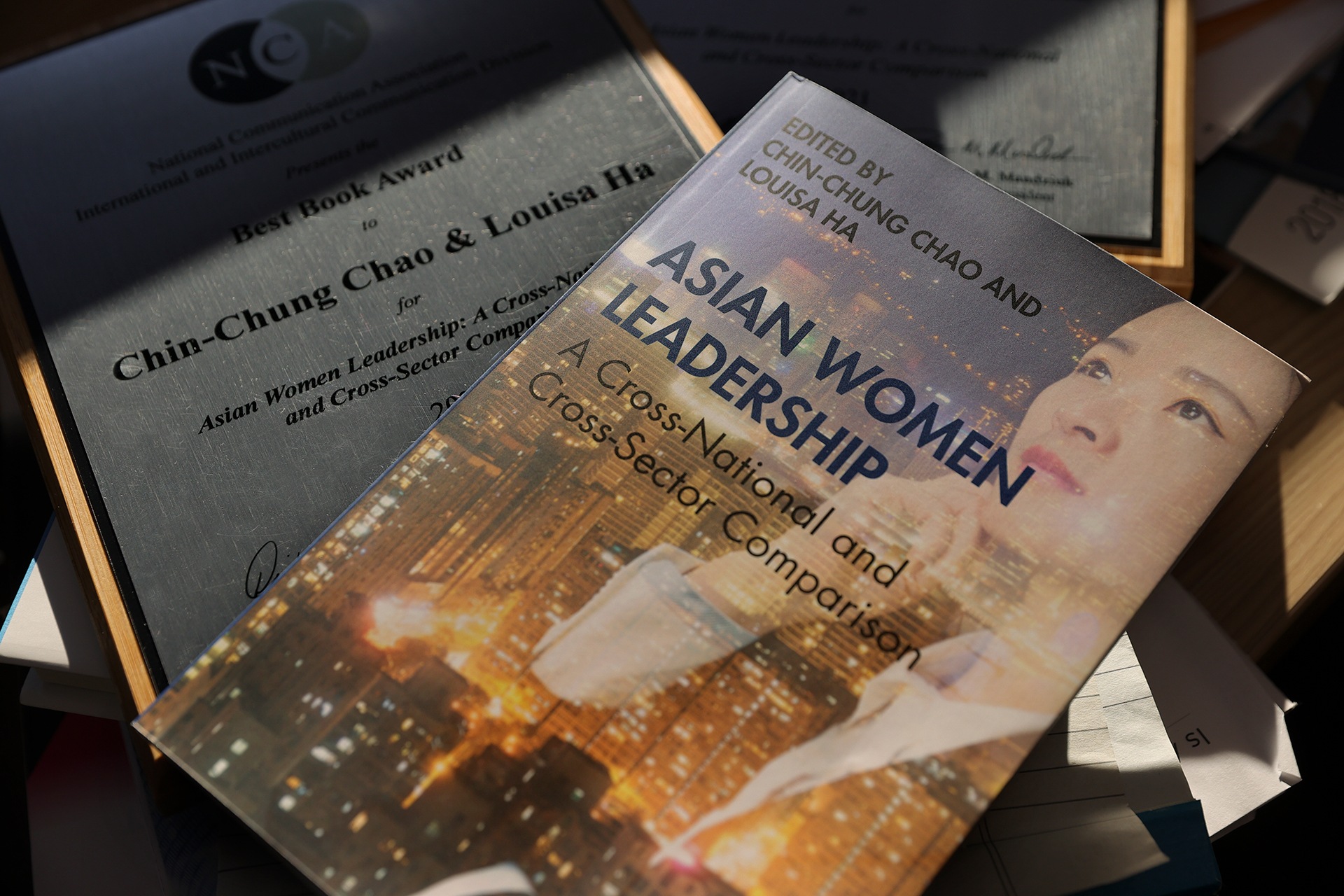 “We were thinking, ‘Wow, that would be a good idea to expand it,’” Ha said. “Asian cultures have a lot of similarities, but some differences as well, so we thought it would be interesting to look at Asian women and leadership, and we didn’t see any book like that in the marketplace.”

Though each chapter differs, a common thread was that its authors saw the need for additional leadership research in cultures that typically have not received much academic study.

“While Asia has made enormous economic progress in the past few decades and Asian women’s participation in economic and political activities has resulted in promoting their social status and leadership, the role of Asian women’s leadership in their countries and abroad has not earned sufficient attention,” said Chao, who is a professor at the University of Nebraska-Omaha.

“There is an immediate need to examine cultural differences with a gender perspective when researching Asian women leadership,” she continued. “Asia is significantly different from western countries where the mainstream of research studies on women in leadership has been conducted.”

“I think we have seen women leadership books, but we used a non-Western setting, which is very rare,” Ha said. “We were pleasantly surprised that both divisions saw the book’s value and awarded us in the same year.”

BGSU faculty and alumni are a consistent presence in the published research.

Dr. Lisa Hanasono, an associate professor in the BGSU School of Media and Communication, co-authored a chapter, and the book’s table of contents is packed full of BGSU alumni whose research comprised multiple chapters.

Ha’s chapter, co-authored with Chang Bi and Zhang, covers Asian women leadership styles and experiences in academia in the U.S., China and Taiwan.

Ha said the book had special meaning to her and Chao because of its topic and its connection to the University, so it was rewarding to see the NCA recognize the effort.

“I think this book had a lot of meaning to us for several reasons, and one is that there was so much contribution from BGSU,” Ha said. “The second thing that I think is important is that there is a stereotype that women cannot be leaders, and we have shown a lot of examples – though there are constraints and difficulties – that they can be leaders.

“We used those examples for people to consider as possibilities for women in general and Asian women in particular to aspire to leadership roles.”