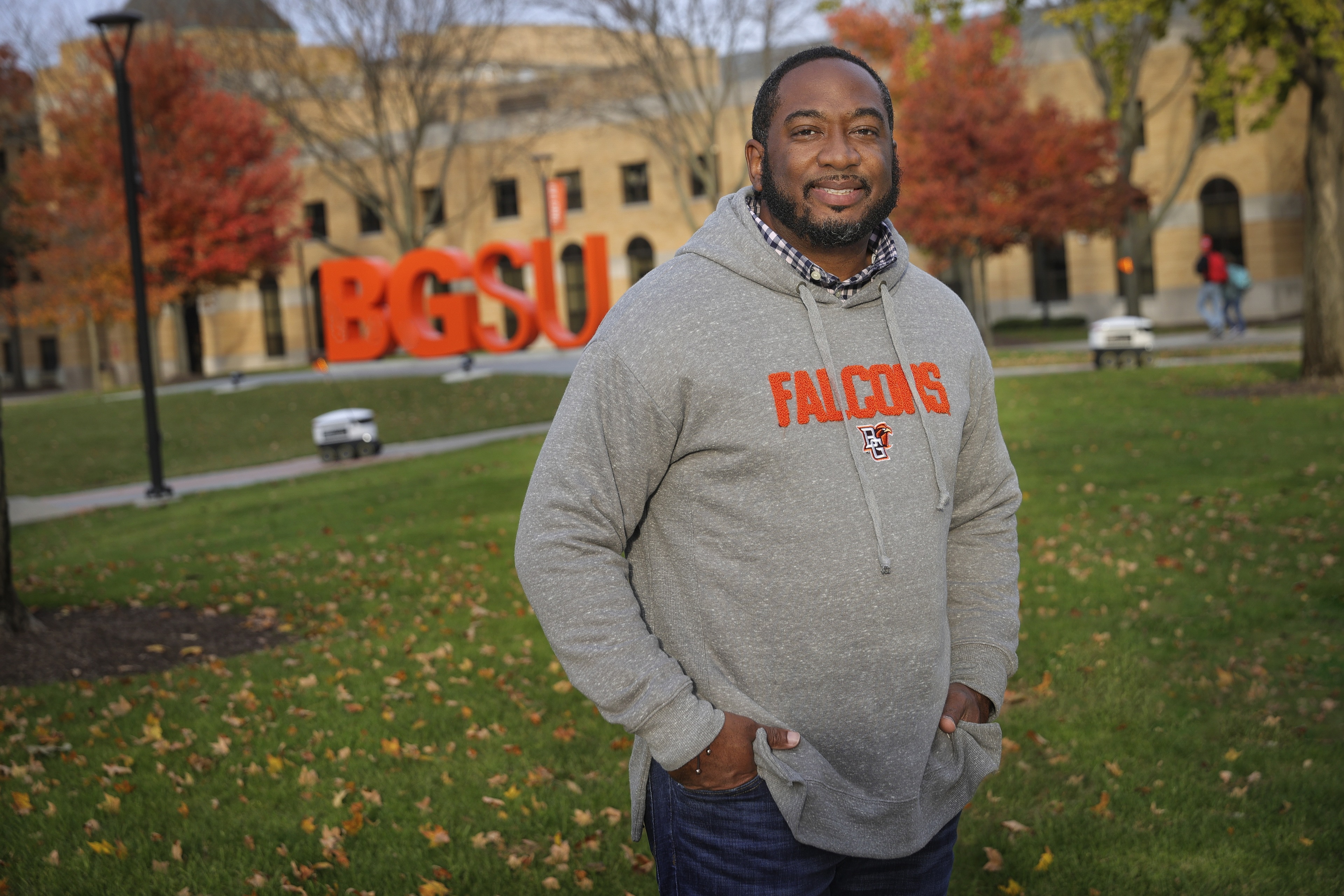 After NASA’s Perseverance Rover successfully landed on Mars in February, Carl Sandifer ’05 received a lot of attention for his role in providing the rover’s radioisotope power system — and rightfully so.

Sandifer, deputy chief of the Space Science Project Office at NASA’s Glenn Research Center in Cleveland, majored in applied mathematics at Bowling Green State University within the College of Arts and Sciences. His love of math and “Star Wars” from an early age had a large influence on his dreams of space exploration.

Sandifer was happy that the attention the Mars rover landing received spilled over into the classrooms, especially in the Cleveland suburb of Maple Heights, where he grew up.

“It was inspiring for my children,” he said. “Two of them attend the Olmsted Falls Intermediate School and Middle School, and many of their teachers actually showed the video in their classes, which was really cool — I was truly honored. It definitely motivated my children and many of their friends to think about science and sparked more interest in NASA. On top of that, the Maple Heights superintendent also had the video shown in every classroom throughout Maple Heights City Schools, K-12.”

Sometimes, a big event like landing a rover on Mars helps to pique interest in the classroom, Sandifer said.

“To hear more children, at least throughout the community, saying they want to work for NASA someday, or expressing interest in science, technology, engineering and mathematics, makes me dream about the abundance of technological advancements of the future,” he said. “I'm happy to pass the torch onto anyone within the next generation who wants to take it.”

As deputy chief of the Space Science Project Office, Sandifer and other researchers at the Glenn Research Center haven’t rested on their laurels in the months since the Mars rover landing.

They have several projects in the works as part of the science portfolio for NASA Glenn. 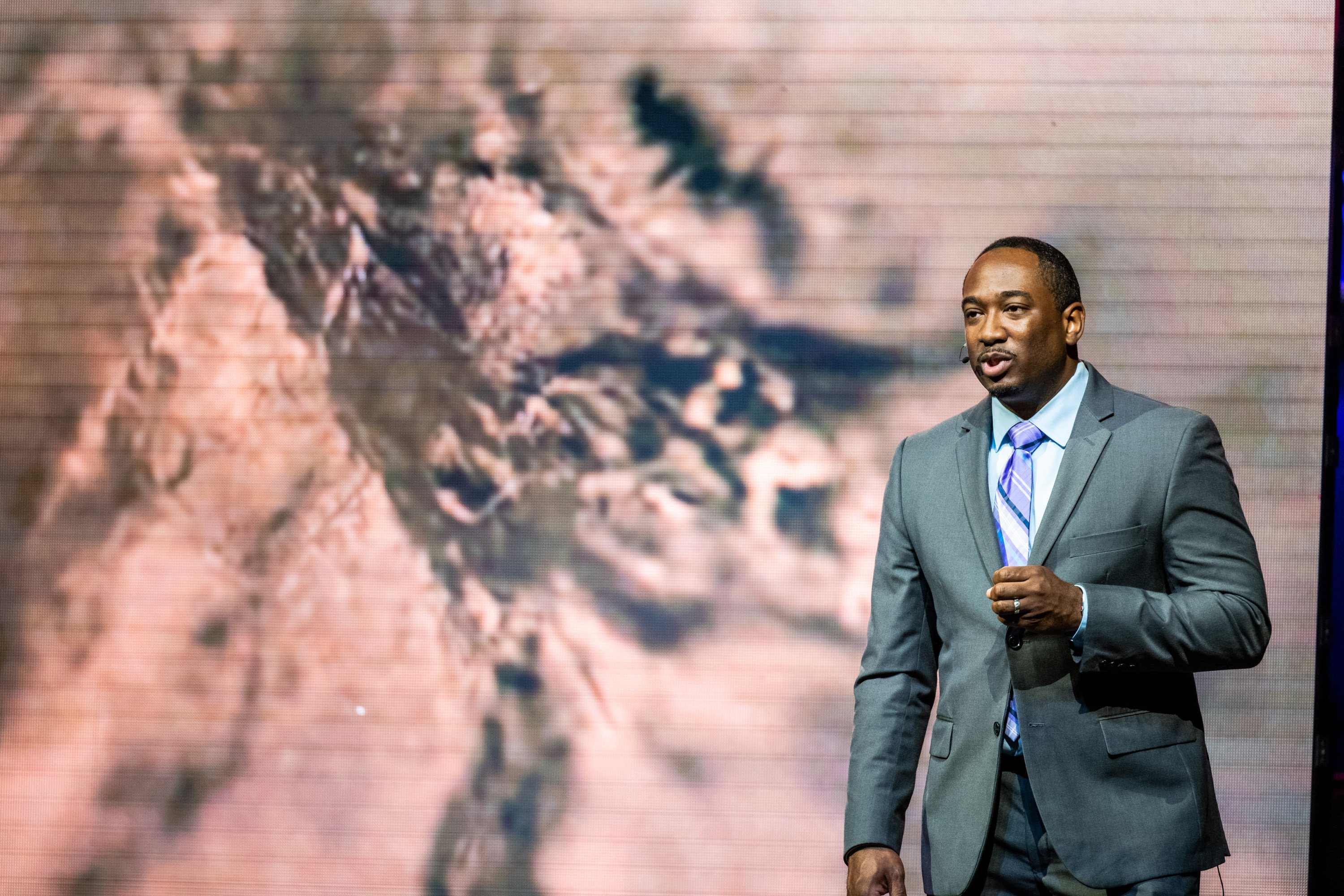 Electric power on the moon for next manned mission

When astronauts go back to the moon as part of the Artemis mission, slated for the mid-to-late 2020s, they will need access to electric power to live and perform their duties on the moon’s surface. Solar power is an option to sustain human life and science.

“The plan is to land the first woman and the first person of color on the moon, which I think is phenomenal and shows the agency’s drive for diversity and inclusion,” Sandifer said. “Astronauts are going to need plenty of electric power and solar power is going to be one of the primary options to sustain human life and operations.”

A solar power experiment designed by a team of investigators at Glenn will launch to the moon on Astrobotic’s Peregrine Lander. Using state-of-the-art solar cells like the ones on today’s orbiting satellites and next-generation space solar cell technologies, Photovoltaic Investigation on the Lunar Surface (PILS) will demonstrate light-to-electricity power conversion devices for future missions.

The experiment will also collect data on the electrical charging environment of the lunar surface using a small array of solar cells. The hardware was shipped to Astrobotic on Oct. 13.

“It's a mission to demonstrate the ability for light-to-electricity, power-conversion devices in the lunar environment for future use by astronauts,” he said. “The bottom line is we're going to be able to support astronauts, and having the power required to conduct science experiments and crew operations will be critical.” 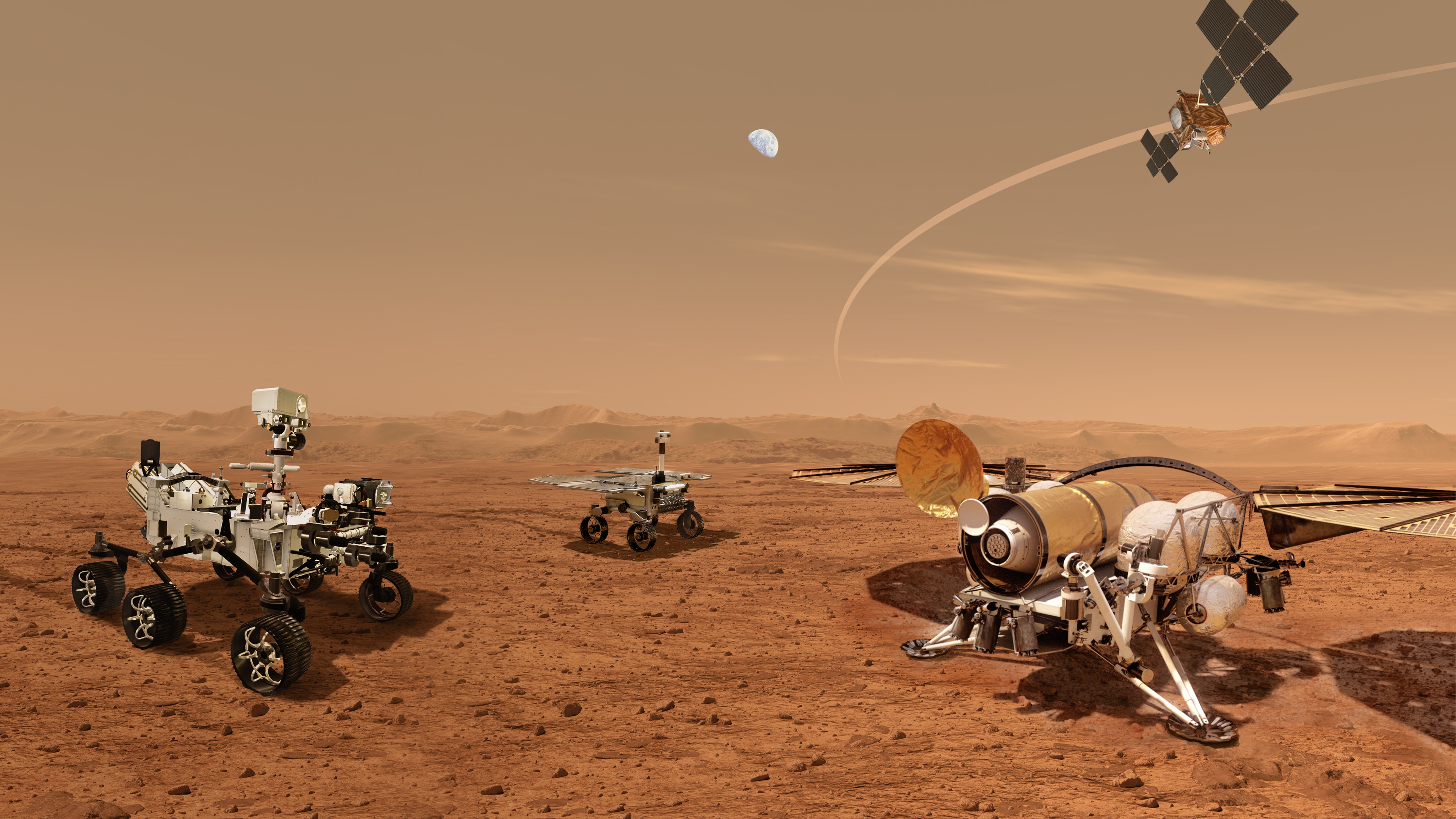 Glenn is developing incredibly durable and flexible spring tires, which will be used on the proposed Mars Sample Return mission to bring back samples collected by the Perseverance Rover. The revolutionary tires are non-pneumatic and flexible, so they can traverse the rocky surface of Mars without puncturing. The technology is also a viable alternative to pneumatic tires here on Earth.

“Perseverance is currently roving throughout the Martian surface along with the Ingenuity helicopter, and portions of the overall Mars Sample Return mission are being worked in conjunction with the European Space Agency (ESA),” Sandifer said. “It's exciting to continue supporting various aspects of the overall mission effort. Our team at Glenn is making spring tires, which are very durable tires that can traverse along rugged terrain to enable the transfer of the samples that are currently being collected by the Perseverance Rover to the Mars Ascent Vehicle (MAV). The samples will eventually be launched into a low Mars orbit from the MAV, and transported back to Earth utilizing ESA’s Earth Return Orbiter for future analyses.

“The Mars Spring Tires Project is a huge focus for us.”

“Another key area of interest is the DART Mission,” he said. “It’s called the Double Asteroid Redirection Test, or DART for short, and it's NASA's first planetary defense experiment. DART, led by the Johns Hopkins University Applied Physics Laboratory for NASA, is a mission to demonstrate our ability to deflect asteroids utilizing kinetic impactor technology.”

NASA’s Evolutionary Xenon Thruster (NEXT–C) will be demonstrated on the DART Mission. Developed by NASA Glenn and Aerojet Rocketdyne, NEXT-C is designed for improved performance and fuel efficiency compared to its predecessors. Its inclusion on the mission will allow for in-flight testing and demonstrate the potential for applications to future deep-space missions.

“Didymos, DART’s ideal target candidate, is the planned binary asteroid system to support the experiment,” Sandifer said. “It will demonstrate an approach and means to shift an asteroid and change its trajectory. The target asteroid is not a threat to Earth and its orbit does not intersect Earth’s at any point based on current predictions. We’re demonstrating our ability to change the course of an asteroid in an effective way in the event that a threatening asteroid is ever discovered in the future.”

“The launch window for the mission began Nov. 23, 2021, but the actual impact is slated for next year during the fall of 2022,” Sandifer said. “As a part of our technology maturation process, when opportunities arise, we work to demonstrate new technologies on missions along the way, so that we can build confidence in their ability to enable future missions.”

Sharing his experiences from BGSU

Sandifer earned a Bachelor of Science in applied mathematics from BGSU and started working at NASA as part of a summer co-op after his freshman year in 2001, and he continued working with NASA while attending BGSU. While he’s thankful that the faculty and coursework was flexible in allowing him to pursue his career interests, he has some advice for today’s college students.

“I was a student who was centered around getting the ‘A’ at all costs, and I really beat myself up along the way quite a bit,” Sandifer said. “Looking back, I think the real importance is about learning and understanding the content. Not that you shouldn't go for the ‘A,’ but I think the focus should be on doing the best you can, learning and self care — making sure you're getting enough rest, eating right, getting exercise, having fun and having a healthy balance of it all. Again, I think learning is the key, as opposed to being grade-centric.”

Sandifer said it’s important for students to be well-rounded because when they get into the workforce, it's not going to be about grades anymore.

“It's going to be about applying the knowledge that they've gained while getting their education and actually applying it,” he said.