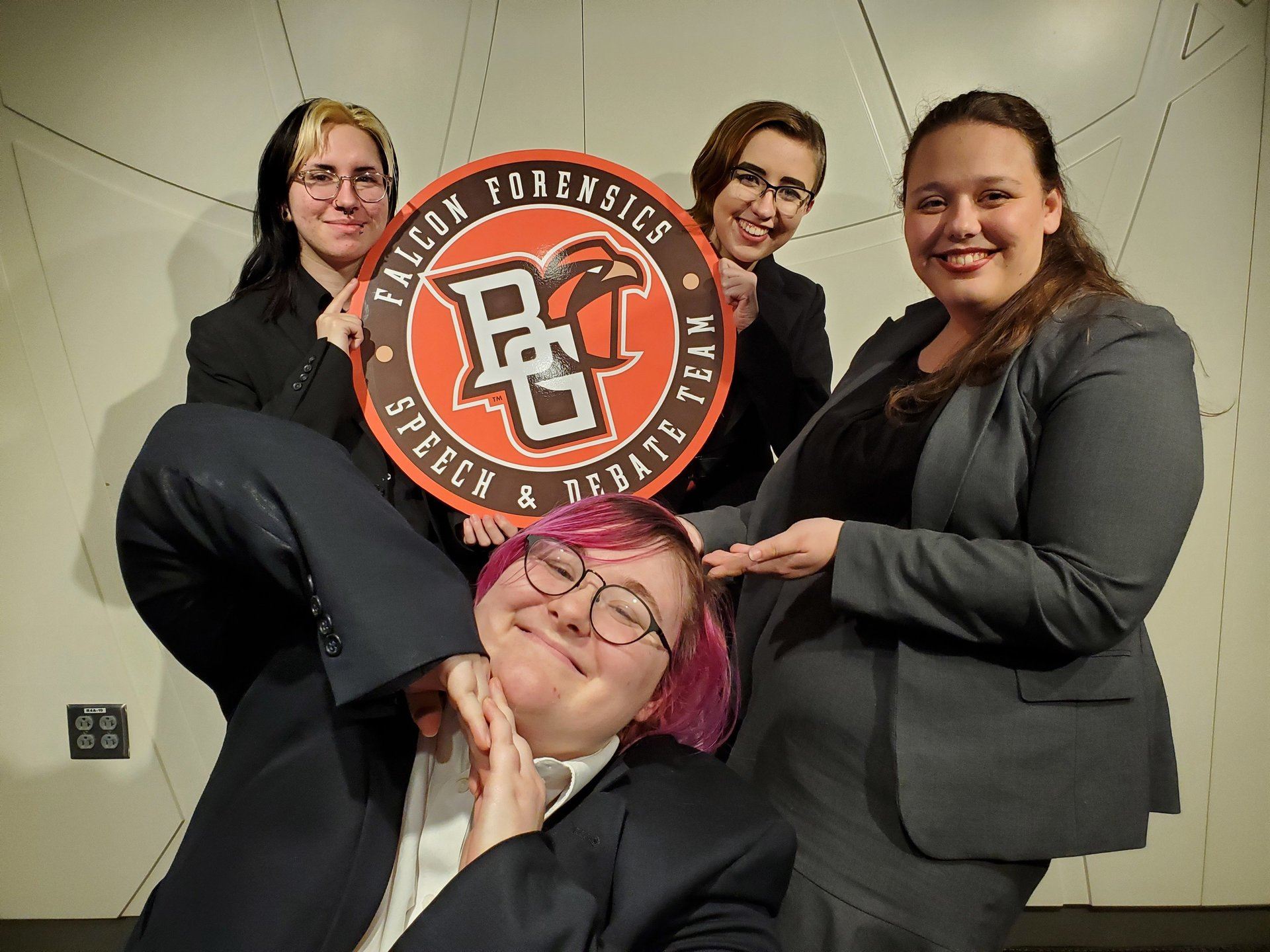 The Falcon Forensics and Debate Team recently added to its many accolades.

The 2021 Online Forensics Nationals title-winning performance marked the 83rd national title in speaking in performance events and only the fourth team title in both speech and debate in school history.

The Falcon Forensics and Debate Team was established in 1910 and is the oldest competitive team at Bowling Green State University. The team is coached and directed Paul Alday, a teaching professor in the School of Media and Communication.

Alday, who was recruited to revitalize the team in 2000 after teaching in Nebraska, has led the team to 20 national-level team honors and 12 Ohio Forensic Association state championship team awards. He started competing in speech and debate competitions when he was in junior high school to overcome social anxiety.

The team currently consists of 10 students who compete in 12 public speaking/performance events as well as three different types of debate. The average team member competes in up to five different events from these options.

Alday encourages anyone who is interested in trying out for the team to not hesitate because 80% is comprised of walk-on undergraduate students. Their season starts in September and lasts until the end of April, with most of their preparation taking place over the summer. They compete in 18-20 tournaments per year. An average invitational tournament has about 20-30 universities and colleges in attendance, but, nationally, there are more than 500 institutions that participate.

The Falcons placed in 14 of 22 events in the final round, including 100% of the debate entries. They placed as a team in the top three in 17 of the 18 tournaments they competed in this past season and also won the Ohio State Championship in debate and placed second in speaking and performance events.

Those who won individual national championships during the 2021 Online Forensics Nationals were Phoenix Anson, Sara Harmon and Allison Sturley. Anson and Harmon placed first in the preliminary rounds. Anson also placed in International Policy (IPDA) and Harmon was top speaker in Parliamentary Debate and Impromptu Speaking.

Alday said he was proud of the team’s performance this season and is hoping to compete again for another title next season, though it will be difficult.

“It is going to be a challenge to repeat at the same national tournament next year,” he said. “We have got to compete against schools around the nation that we can’t get to physically in person. We have a strong team returning next year and have more individual speakers next season.”

The BGSU Falcon Forensics, Speech and Debate Team is a co-curricular program sponsored by the School of Media and Communication and College of Arts and Sciences, open to all BG undergraduate students.