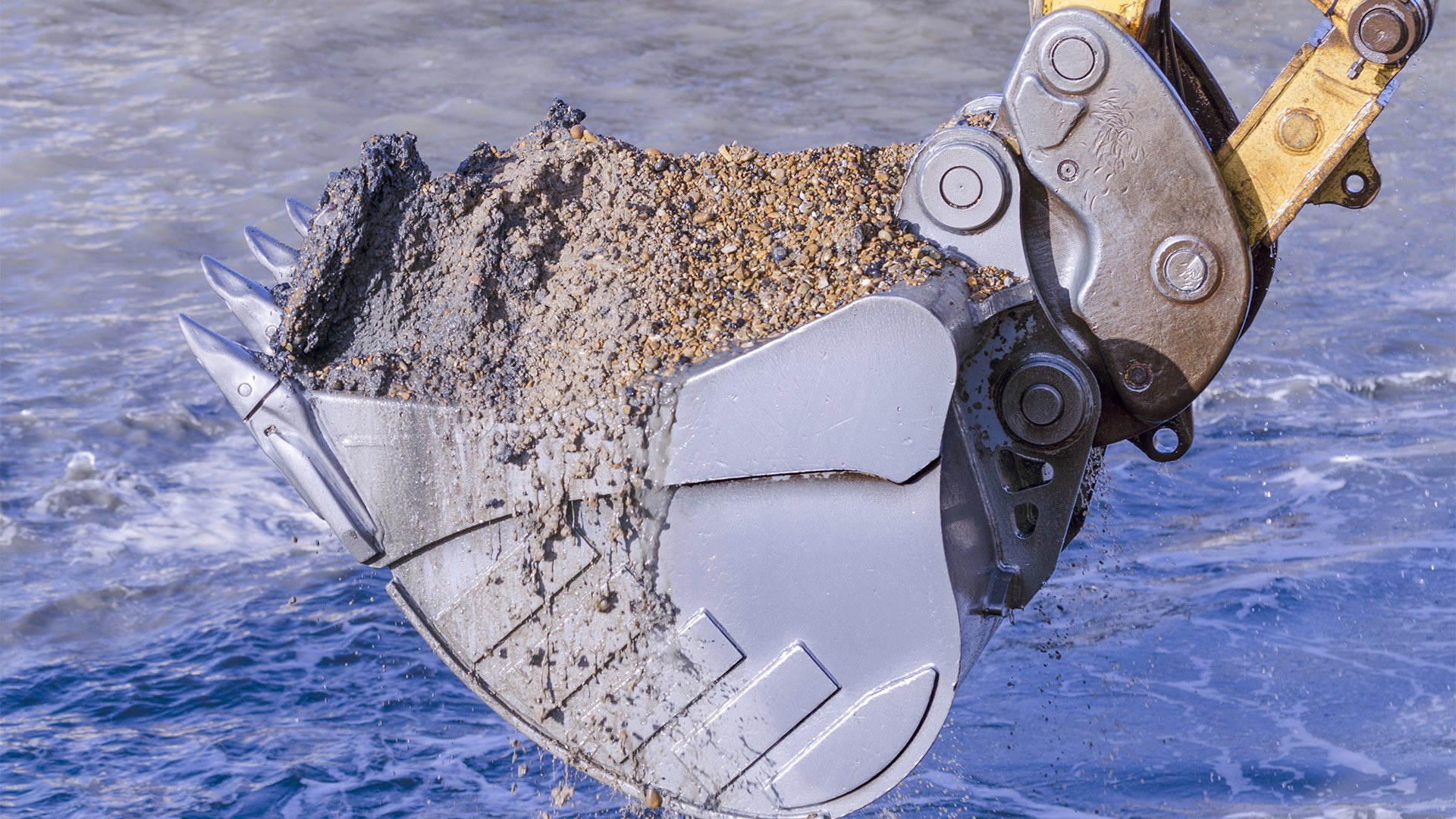 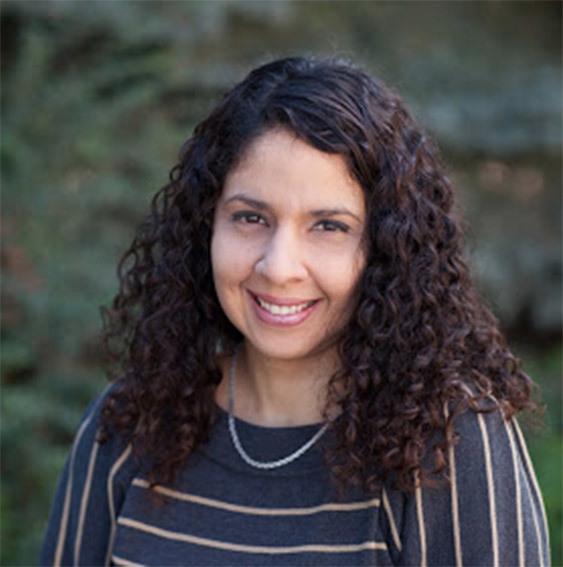 A Bowling Green State University researcher hopes to impact Lake Erie’s water quality by using dredged sediments from the lake and adding them to farm soils.

Each year, more than a million cubic yards of sediment are dredged from Lake Erie in an effort to keep shipping channels and commodities moving in and out of the Port of Toledo. Within those dredged materials are some important soil nutrients.

Dr. Angélica Vázquez-Ortega, an assistant professor in the BGSU School of Earth, Environment and Society, is working with the agricultural community to answer a question that is at the root of her research: “Is dredge material good for soil?”

Vázquez-Ortega and Dr. Vanessa Steigerwald Dick, an environmental scientist with the Ohio Environmental Protection Agency, presented “Value and Benefits of Dredge Sediment on Farm and Agricultural Lands in Northwest Ohio” at a recent virtual meeting of the Center for Innovative Food Technology.

According to Steigerwald Dick, the Ohio EPA’s Dredge Material Program works with local, state and federal partners, including the Army Corps of Engineers, to address the change in the regulations impacting open lake placement of dredge materials. A state law that was passed in 2015 and went into effect July 1, 2020, ruled that there could be no more open lake disposal of Lake Erie dredge material. 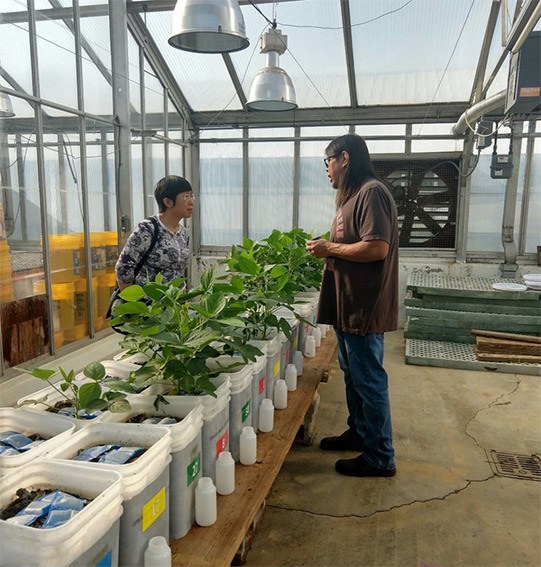 Eight harbors are impacted by the ruling, Steigerwald Dick said, with the Toledo Harbor having the most, at more than 600,000 cubic yards of dredge material every year. At stake are 25 million commodities, $25 billion in business revenue and approximately 130,000 jobs.

“Historically, the majority of the dredge material was placed in the open lake. That was adding large amounts of sediment, nutrients and impacting water quality. We are working with H2Ohio to reduce nutrient sediment loads into Lake Erie to prevent harmful algal blooms. This is all part of the big picture for all that,” Steigerwald Dick said.

“We had time to address the amount of dredge material, placement and plans to use the dredge materials as a resource for agricultural uses, construction and engineering materials. It could also be placed in water with proper permitting for projects such as wetlands restoration.”

“In my research, the idea is to use the farm soil amendments (from the dredge materials) as a substitute for fertilizer, manure or biofertilizer in the typical northwest Ohio crop rotation of corn and soybeans,” Vázquez-Ortega said.

To date, most of Vázquez-Ortega’s research has been done in five-gallon buckets in a greenhouse. She and her graduate and undergraduate students collected both the dredge material and farm soil and mixed the ratios of dredge to farm soil. They used ratios that included 100% farm soil, 90% farm soil and 10% dredge, 80% farm soil and 20% dredge and 100% dredge.

“When my masters student, Russell Brigham told me, ‘We have plants and the plants have flowers,’ I was super happy because it’s one thing to grow the plants on a farm, but we were doing it in a greenhouse,” she said.

According to Vázquez-Ortega, the final ratio may be only 2% to 5%. “The farmer will need to make an agronomic analysis of how much to put on the soil to provide the necessary benefits, as well as the cost to get the material to the farm and incorporate it into the soil.

“By using the different ratios in the research, I wanted to quantify the effect of the dredged material into the farm soil and to look at soil health and soybean yield,” the only crop she planted in the first year of the research. Corn is planted for the 2021 research crop.

They have studied what they believe are the agronomic parameters that farmers would be most interested in and how the dredge material compares to the optimal values. The dredge material is rich in organic content at about 5%, which is good compared to the usual 2% to 3% in many Ohio soils, she said.

“We want to know if we put an amendment on a farm if it is good for the soil, but we also want to know if there are any contaminants in the material and if they accumulate in the soil or in the plants to cause negative impact on animals or humans consuming the product,” she said.

They are checking if microcystins are in the dredge material because they have been associated with the harmful algal blooms every year in the lake for the past several decades.

The other concern is heavy metal concentration in the sediment, such as hydrocarbons and polychlorinated biphenyl (PCB) which were banned in 1979, but whose half-life is resistant to the environment.

“Are they similar to what is in a typical farm soil, and if so, by putting dredge on the farm soil are we accumulating the heavy metals or are they accumulating in the greens?” she said.

In addition to determining if there were contaminants in the grain, she also wanted to find out whether the soil and dredge material would allow a large amount of nutrients and heavy metals to move into the percolated solution and eventually into the water supply in a major rainfall event.

The preliminary results from the research showed that phosphorus levels were elevated, calcium levels increased because the dredge material was very rich in calcium and the organic matter increased. Organic matter is important to farm soil health, helping to retain the nutrients that will be released slowly and providing the energy and food source for bacteria and fungi that are essential for having healthy soil.

The root systems were more robust and there were no significant differences in heavy metal content between farm soil and dredged sediment. The same was true for heavy metal bioaccumulation in the grains.

Overall, the average yield increased slightly, “but most importantly, by adding the dredge we did not see any decrease in yield. The increase was not statistically different, but we did not see any negative effects on crop yields,” she said.

The next step is to translate the results from the greenhouse into actual farms. The Ohio EPA has sought farm field demonstrations to determine if the greenhouse results hold up on the farm. For more information about Vaquez-Ortega’s research, visit the Aqueous and Terrestrial Geochemistry Laboratory website.