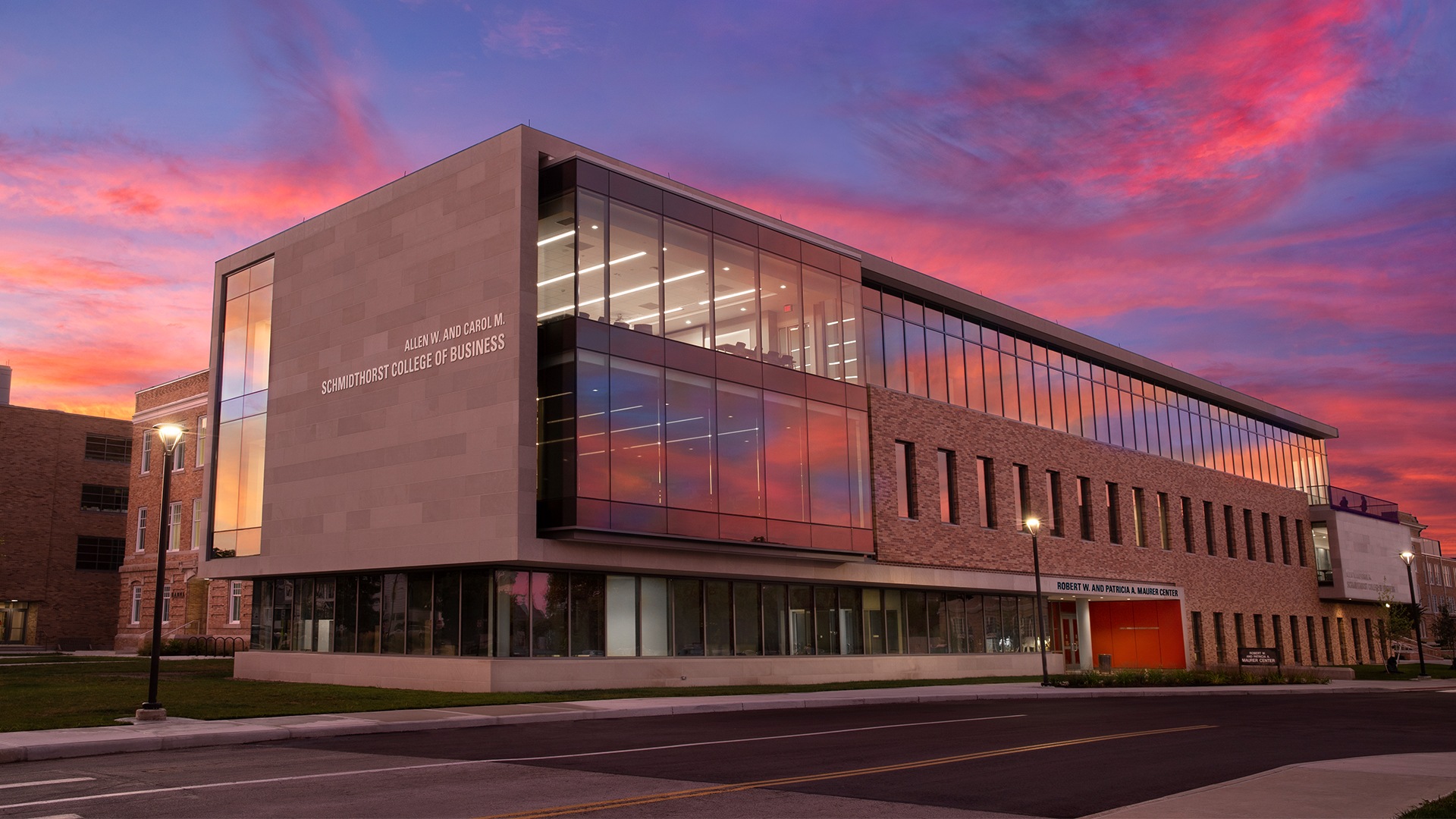 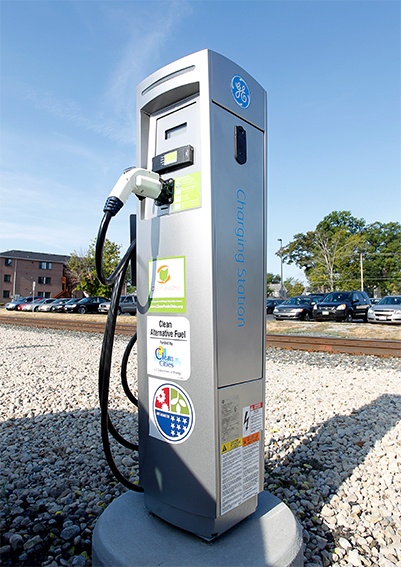 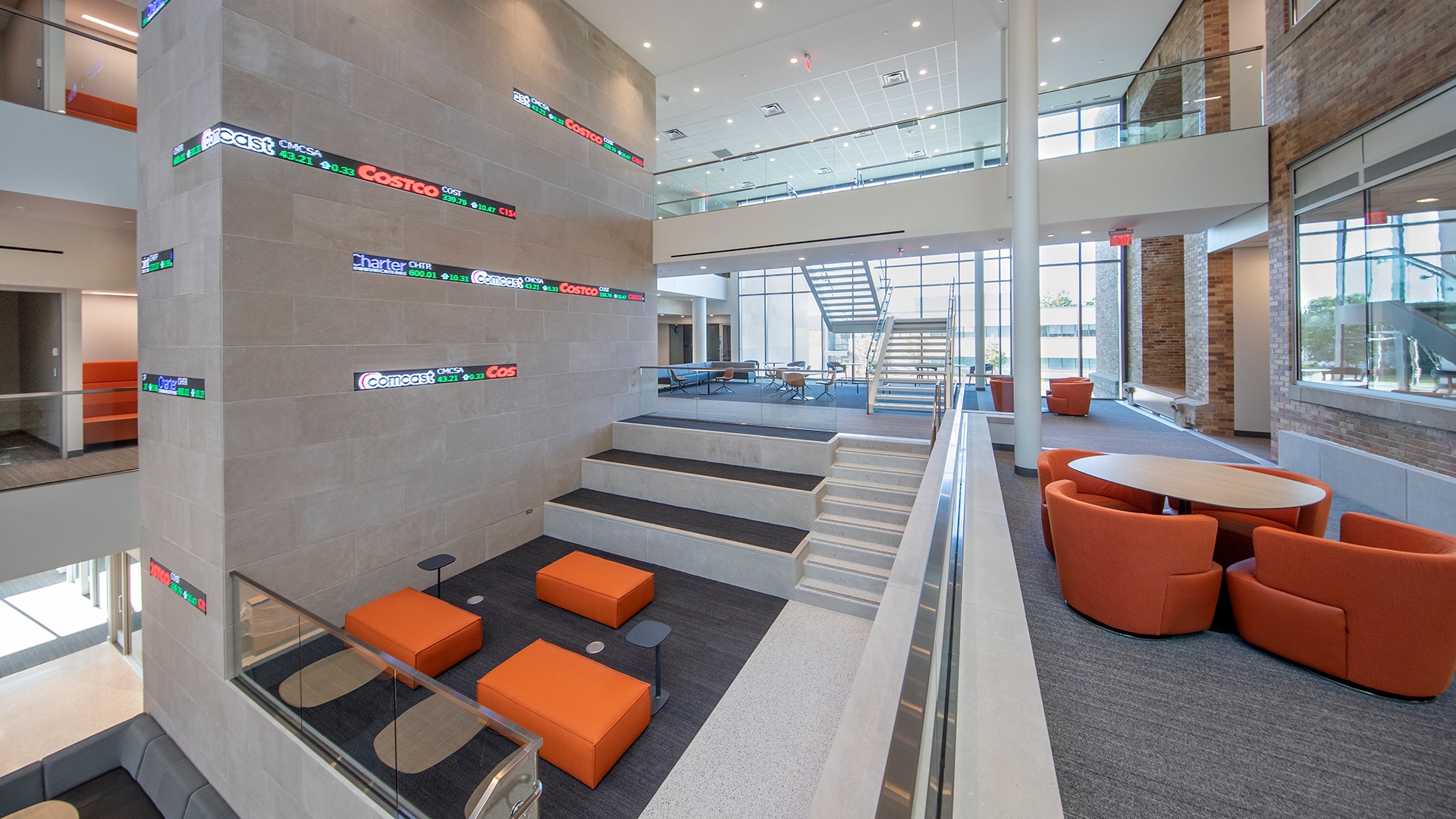 The newly opened Robert W. and Patricia A. Maurer Center, home to the Allen W. and Carol M. Schmidthorst College of Business, is among one of the most modern and innovative learning environments for business education in the nation with its stunning architecture and state-of-the-art technology.

It's also one of the most environmental-friendly buildings at Bowling Green State University.

The Maurer Center was recently granted Leadership in Energy and Environmental Design (LEED) designation, joining 11 other buildings on the Bowling Green campus.

Points are awarded to buildings based on different categories such as water efficiency, energy and atmosphere, materials and resources, and indoor environment. Finally, a ranking is given, ranging between Silver, Gold and Platinum.

“BGSU pledged, at the time that we joined the Presidents' Climate Commitment back in 2012, that we would strive for a LEED designation of at least Silver for any new construction and major renovation,” said Dr. Nicholas Hennessy, BGSU’s sustainability manager. “By striving for LEED buildings and attempting to get as many points in the process as possible, we are in fact attempting to make the buildings – all buildings, and not just Maurer – energy efficient and environmentally friendly.”

“A new system that we now use since we added the Maurer stations, Chargepoint, allows us to obtain all kinds of helpful information regarding our chargers, such as how many customers we have and when, how much energy is being used per vehicle, how long vehicles are charging and much more,” Hennessy said. “As electric vehicle use increases, we want to be able to serve those customers and allow them to charge vehicles as quickly as possible which can be done with increasing sophistication of the equipment.”

These new electric vehicle charging stations were possible thanks to the Green Fund.

“The Green Fund has provided funding to particular projects to help them achieve something with that building that will result in LEED points,” Hennessy said. “However, the Green Fund is certainly not limited to funding LEED construction and has invested – thanks to the generosity of BGSU students – close to $1.5 million in sustainability projects across campus.”

Since 2010, the Green Fund has helped provide LED energy-efficient, external lighting across much of campus that saves energy and money and is brighter and safer. Other sustainability projects include plantings that use less water, reusable bags, recycled plastic bike racks, electric vehicle charging stations, and four solar arrays on top of the Slater Family Ice Arena that create energy that is used by the University.

The Maurer Center and the extensive efforts already done are only the beginning. With every building earning a LEED designation, BGSU sets up long-term sustainability for a healthier environment.

“Buildings that are more energy efficient designed for sustainability have a smaller carbon footprint,” Hennessy said. “It fits into BGSU’s Climate Action Plan, which strives for the University to become carbon neutral by 2040.”