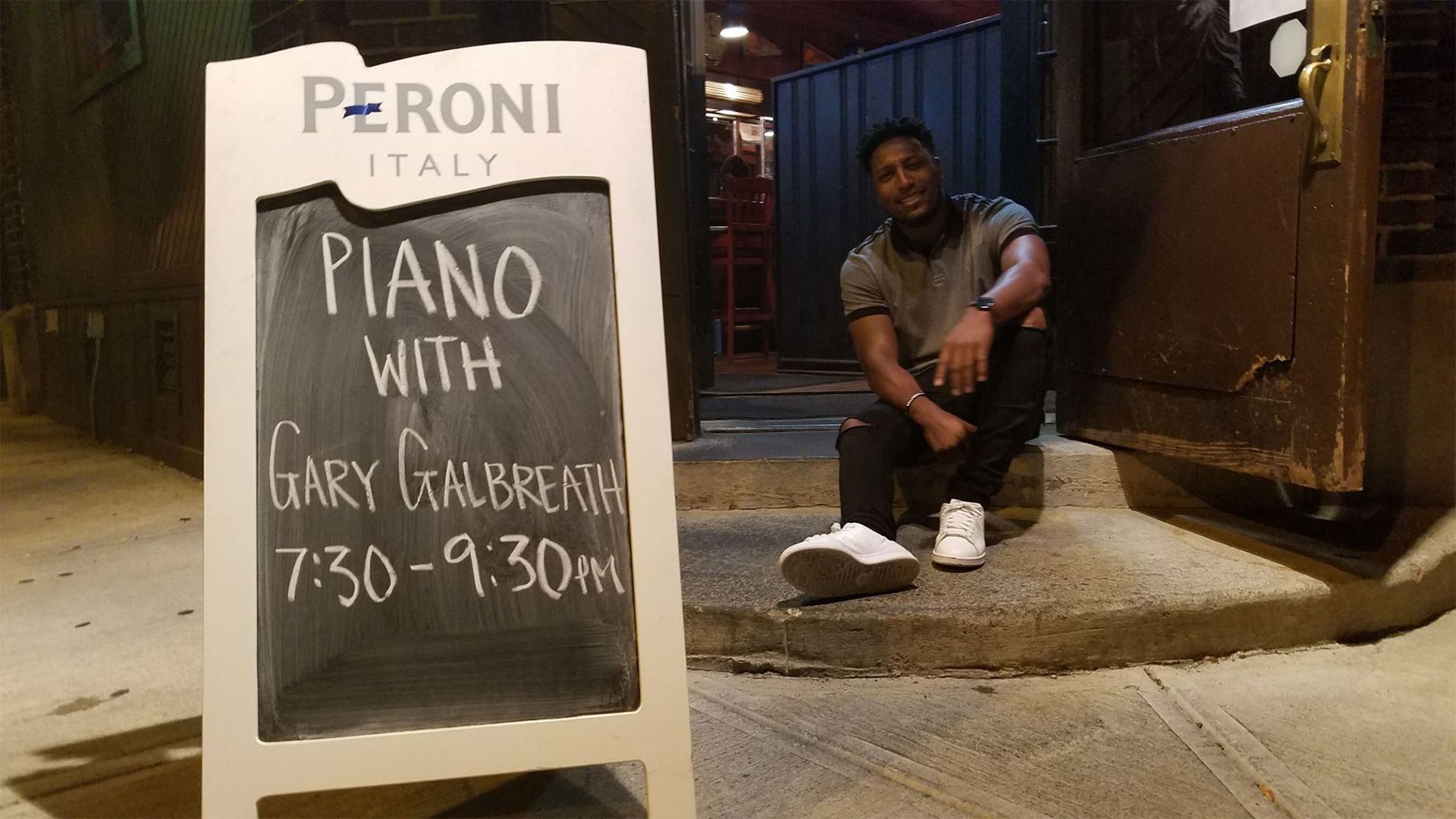 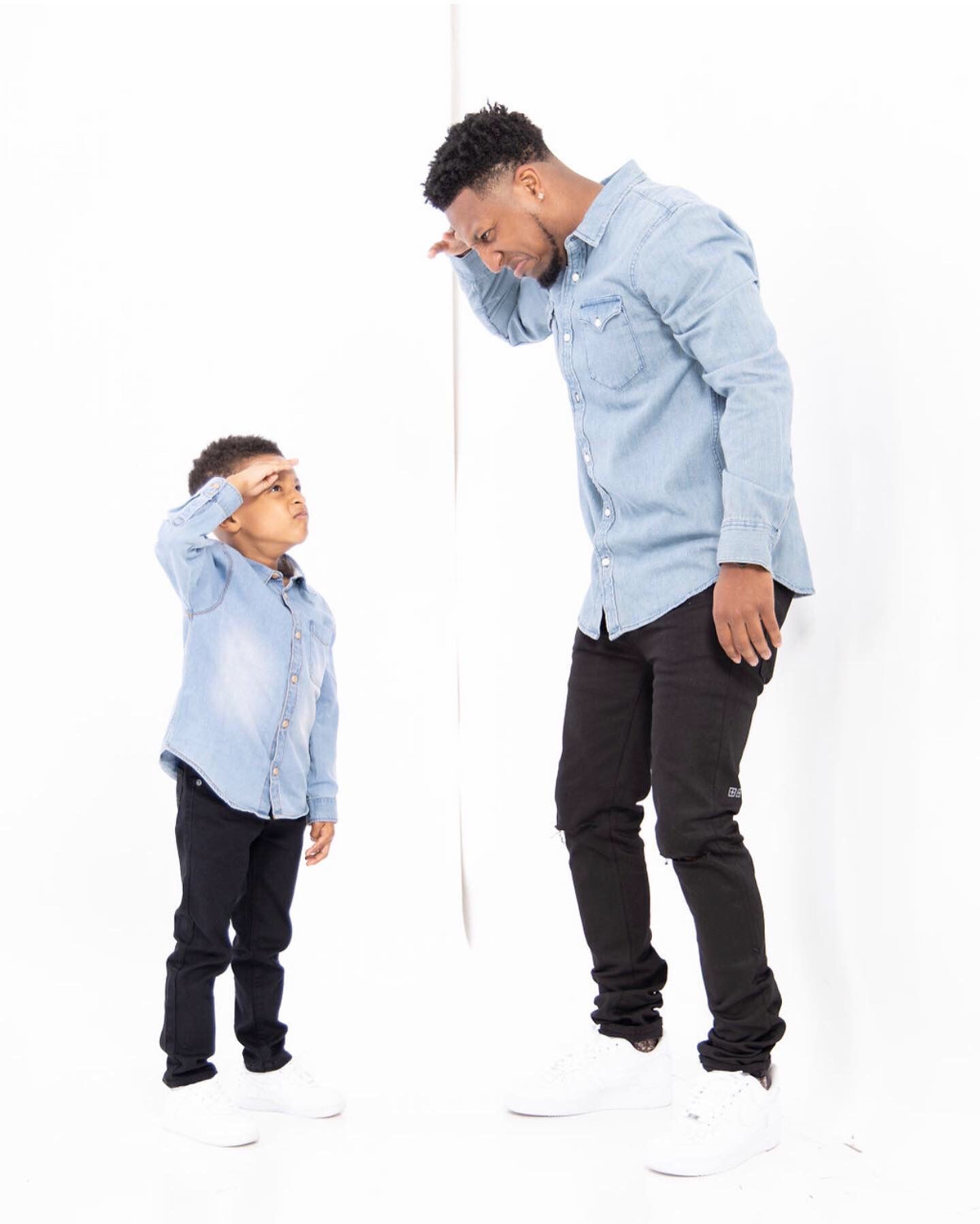 Gary Galbreath Jr. ’15 has found a passion for teaching and helping children to develop emotionally, socially and academically.

The 2015 Bowling Green State University graduate and Cleveland native was named a 2021 Future History Maker by a group of Cleveland-based radio stations that is part of Radio One. The annual award celebrates Black History Month by saluting individuals who are giving back to their communities.

Galbreath earned the award for his work teaching emotional and social learning through theater at the Cleveland Play House as a Compassionate Arts Remaking Education (CARE) teaching artist. He also has been part of a pilot project for a juvenile detention facility teaching the same concepts.

Derrick Holifield, principal at Cleveland Metropolitan School’s Kenneth W. Clement Boys’ Leadership Academy, has worked with Galbreath and nominated him for the award. In the nomination, he described Galbreath as “a dedicated leader, father and artist who has a heart of empathy and service. His dedication to students and to Cleveland should not be ignored.”

“Little did I know my passion for youth would cultivate into something like this. I’m beyond thankful and grateful,” Galbreath said. 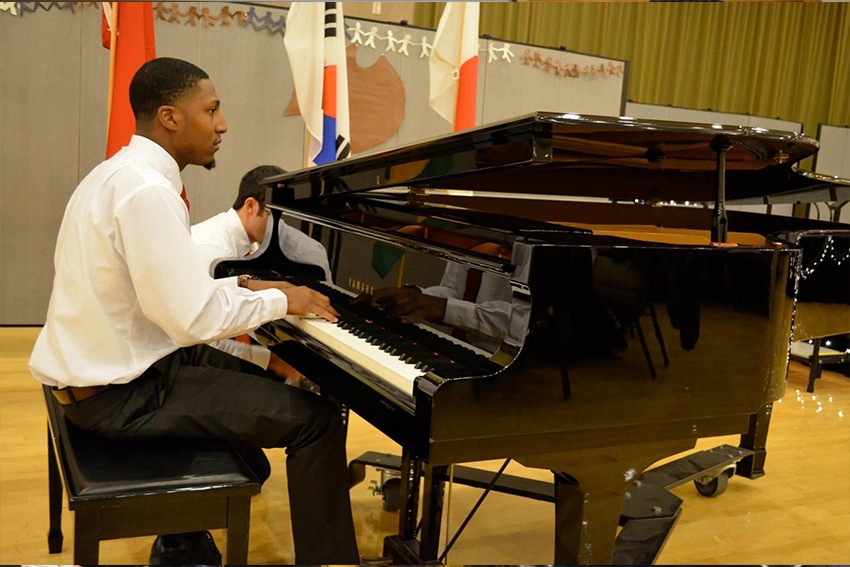 He currently serves the same community where he grew up, helping youth in much the same way he was helped as a child, through music. He also watched his mother’s gift of service to others and now emulates that in his work.

Teaching isn’t the career he trained for at BGSU, where he was a telecommunication major (now media production and studies) in the College of Arts and Sciences, but he knows it is the career that he was meant for at this time.

Galbreath grew up on the east side of Cleveland, where he attended Cleveland Metropolitan Schools. He started playing piano when he was 5 years old thanks in part to his older sister. His mother made him go along for his sister’s piano lessons. After the lessons, he would “bang on the piano keys” at his sister's lesson and also at home, Galbreath said. Eventually, in an effort to keep him busy and involved, his mother signed him up for piano lessons. That was in addition to being in the Cleveland Boy Choir, Boy Scouts and a multitude of sports he played, as well.

Sports kept him physically active and music kept him grounded.

“I love playing piano. Usually, it makes me feel good and enhances my soul,” Galbreath said.

His mother knew keeping her son involved would keep him safe and make him well-rounded. And it worked, Galbreath said. By the time he graduated from high school and enrolled at BGSU, he was prepared for the next chapter in his life.

At BGSU, he found organizations and activities to keep him busy and involved. He enjoyed club baseball and working for BG24, after he hosted an on-campus fashion show and discovered he enjoyed being in front of a camera. 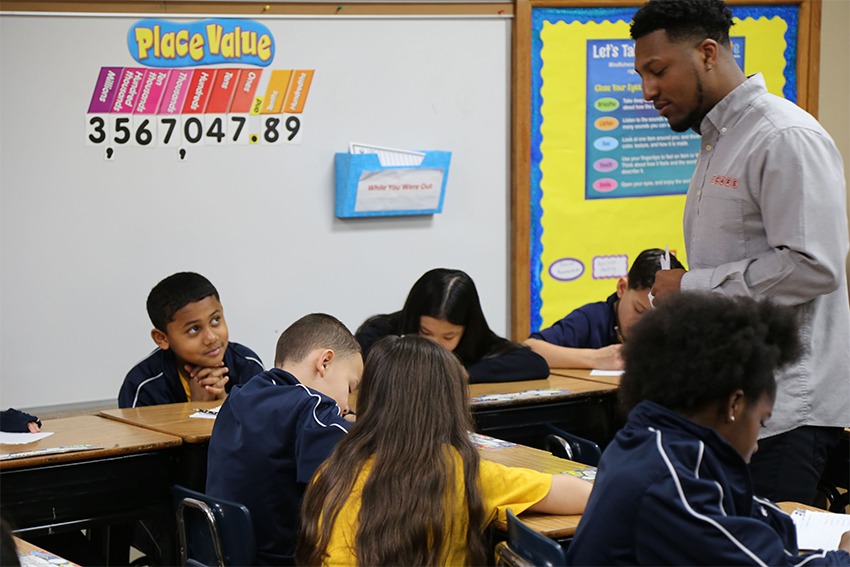 “The arts and sports changed my life. I appreciate my mother for steering me toward music and other organizations. I wouldn’t be here today if not for being involved in so many activities,” Galbreath said.

Through music and sports, he learned to believe in himself. Today, he shares that message with all of the children he works with, whether in the classroom or in private piano lessons.

“What I try to do is instill greatness in them. It’s already in them, so at the end of each lesson we always say a positive affirmation,” Galbreath said. “My go-to affirmations include ‘I believe in myself.’ ‘I love myself.’ It’s great to see and hear them say those.”

One of his student’s parents told Galbreath, “It touches my heart when I hear my son say that, and then he carries that with him the rest of the day and at school. He believes in himself because of Gary.”

His students, from kindergarten through eighth grade, respond well to the social and emotional learning through theater class at the Cleveland Play House, as well as the 16- to 21-year-olds in the juvenile correctional facility program.

“I use music to engage my students to improve academically as well as socially. Through self-discipline, learning how to read music and perform helps prepare them for their future endeavors, and to move fluidly through their life and through challenges,” he said.

As a Black male working in the inner-city schools, Galbreath knows he is a positive role model.

“Having the students see that is a positive, and by showing them I work hard and persevere is how I can give back," he said. "Receiving the Future History Makers Award tells me my efforts are appreciated.”