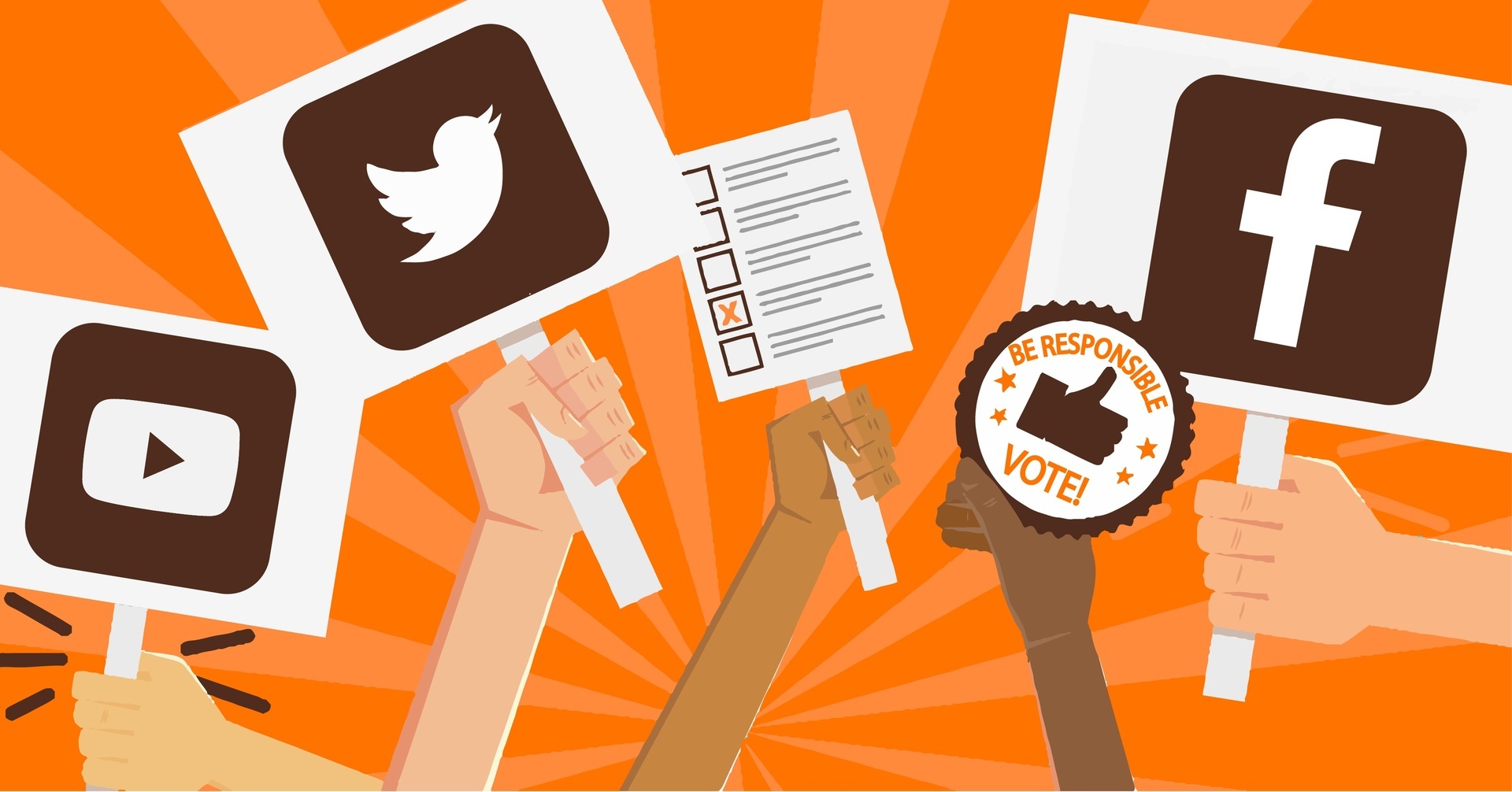 “Social media is a place where people traditionally connect with like-minded individuals,” Lu said. “There are concerns that social media users are enclosed in an echo chamber, an environment where they primarily receive like-minded information.”

It’s called “partisan selective exposure,” Lu explained, “where we want to avoid disagreements because they cause psychological discomfort. Instead, we try to seek out like-minded information to make ourselves happy.”

Because people want to avoid dissonance, their partisan selective exposure that drives them to choose like-minded perspectives usually carries over to other media. The television news networks people watch also often align with their political views, he said.

“Without social media, we would probably only talk to our co-workers, our neighbors, and family members, who are often like-minded,” Lu said. “Social media gives people more opportunities of having a diverse network. On social media, we can talk to people from around the world, where we are more likely to encounter some disagreement.”

Lu called it “incidental exposure,” when people are more likely to accidentally come across political disagreement. This happens across social media platforms, but is especially likely on Facebook.

“Because we know each other through work or some other shared experience, I might add you to my Facebook network to maintain a connection, but I don’t know your political opinion.” Incidental exposure to a political disagreement could happen when someone posts a political opinion on their site and the friend sees it in their newsfeed.

“If I accidentally see the post, my research finds that people do not ignore these political disagreements,” Lu said.

Usually people will at least pay some attention. They may read through the post and think about it, but they probably will not be persuaded by the political disagreement.

“The effect is quite the opposite,” Lu said. “You are more likely to try to counter argue with that person and your opinion will become even more extreme.”

When people face counter-attitudinal information on social media, the effect often creates feelings of anxiety or anger. And Lu said the responsive emotion often leads people to participate in some types of political activities.

He referred to the behavior as “corrective actions” that attempt to “provide corrective information to offset the impact of others.”

Corrective actions range from responding on social media or directly arguing with the person to participating in rallies or demonstrations “to make your own voice louder in the public sphere,” Lu said.

The 2020 election creates an ideal environment for continuing his research about the effect of political information on social media platforms, Lu said. He and his South Korean collaborators, Drs. Jae Kook Lee (Sungkyunkwan University) and Jihyang Choi (Ewha Womans University), will expand the research this fall with a questionnaire to 1,500 people between now and the election in November. The scope of the research will allow them to compare across platforms beyond Facebook, which was the primary social media platform he had researched.