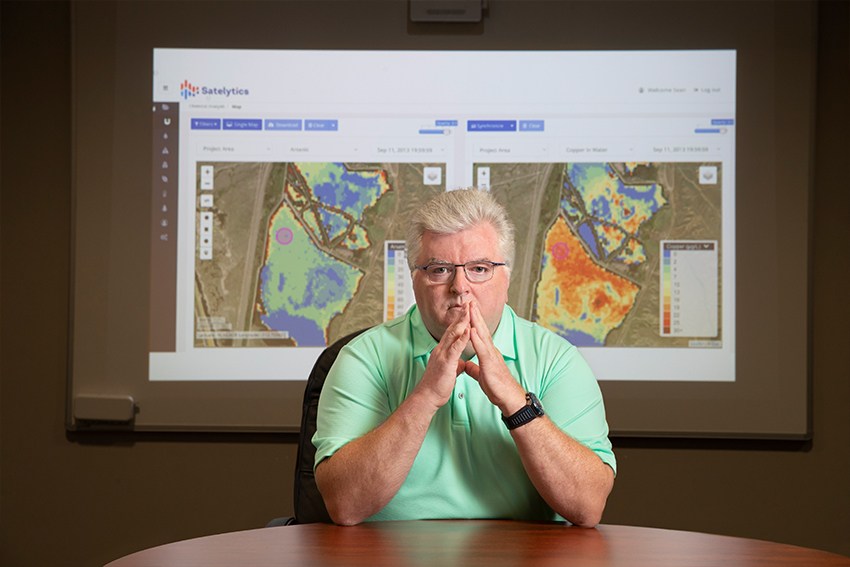 BP makes $5 million investment in company now based in Perrysburg

Satelytics Inc. is a cloud-based geospatial analytics software suite that helps some of the world’s most critical industries such as oil and gas, pipeline, power, mining, rail and water and wastewater avoid major issues.

The company, which recently moved its headquarters to Levis Commons in Perrysburg, Ohio, has roots that run deep at Bowling Green State University.

Satelytics software machine learning creates algorithms from multi- or hyper-spectral imagery that typically is gathered from satellites but also can be provided by drones, fixed cameras, balloons or aircraft. Satellites offer the most practical and expedient method of gathering the data and depositing it to the cloud. Satelytics software then processes the raw data and within hours isolates specific problems, location, magnitude, and even qualitative information, which minimizes cost, impact and operational disruption for clients.

“We wanted to get out ahead of events or releases anything that would impact the current operation of oil and gas, power, pipelines, water and wastewater,” said Sean Donegan, president and CEO of Satelytics. “At the heart of that software are the algorithms developed by our science team, using artificial intelligence to drastically improve efficiency, performance and results. The software is always learning and always perfecting its ability to detect and minimize the impact these events have on our customers assets, the environment and public at large.” 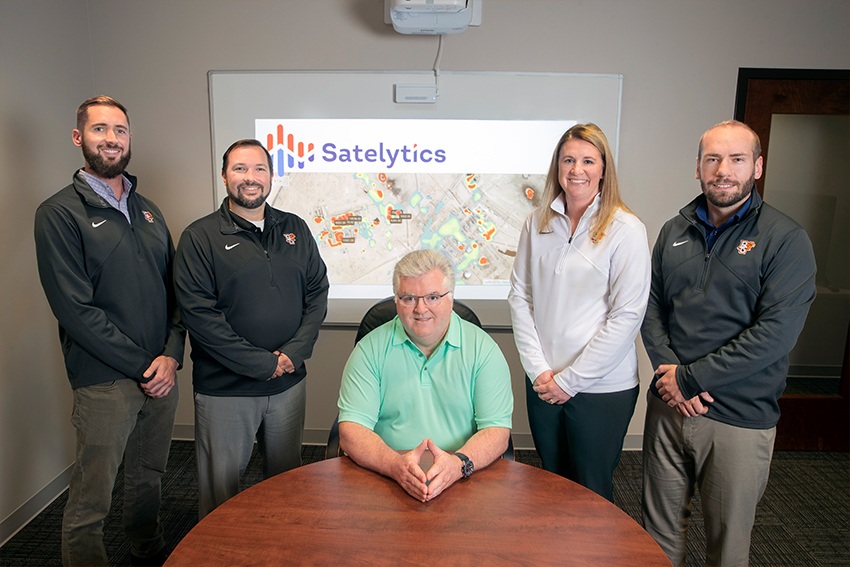 With high-profile clients such as BP, Marathon Petroleum Corp. and Chevron Corp., it’s no wonder that the leading-edge, remote-sensing company recently announced plans to hire 38 new employees. The bulk of the new positions will be scientists, software professionals, data scientists, marketing experts, sales professionals, content developers and experts in the burgeoning field of artificial intelligence.

In fact, BP, which has committed greenhouse gas reductions and plans to be at net zero by 2050, in June announced a $5 million investment in Satelytics.

“Four years ago, we started working on the ability to detect methane, not just to be able to detect it, but also quantify it,” Donegan said. “One of the reasons that BP invested in Satelytics is because of our unique capability to do just that, and it's like no other algorithm. From our perspective, what we want to do is to have a basket of algorithms that can help a customer like BP in 12 or 15 different business problem areas and alert them to conditions outside of their prescribed operating integrity window. Early detection allows for minimizing of all consequences.”

A strong BGSU connection for Satelytics

Vincent was a pioneer in analytics and remote sensing, the science of obtaining information about objects or areas from a distance, typically from aircraft or satellites, according to the National Oceanic and Atmospheric Administration (NOAA).

Through the Office of Technology Transfer and Services at BGSU, he not only identified harmful algal blooms in Lake Erie from satellite imagery, but he also quantified them in parts per billion.

“No one else could do that,” Donegan said.

Not only did the company begin as a startup at BGSU in 2009, many University connections are thriving at Satelytics.

Allan Adams ’10, Master of Science in applied geospatial science, is chief scientist; Devin Neal ’12, Bachelor of Science in geology, is a project scientist and imagery specialist; Zachary Dobey ’20, a graduate candidate in applied geospatial science, is a project scientist; and Jennifer Kujawski ’03, ’04, who has a bachelor’s in business administration and a master’s in accounting, is chief financial officer.

"With BP’s $5 million investment, Satelytics is perhaps the most successful tech-based start-up in northwest Ohio and is now bringing many high paying jobs to our region," said Dr. Michael Y. Ogawa, vice president for Research and Economic Engagement at BGSU. "We are proud of Dr. Vincent for his vision to protect the Earth’s environment by analyzing satellite images in this way."

Plenty of resources in northwest Ohio

Donegan said he hopes that growing companies such as Satelytics can help keep some of the software, scientific and many other disciplines in northwest Ohio.

“I think, quite frankly, that if people realized some of the gems that are in some of these Midwest communities, I think it would be easier for companies like ours to grow,” he said. “I'd like to raise the profile of the greater Toledo area and, very specifically, raise the profile of Bowling Green. BGSU graduates should know that there are some phenomenal technologies in the area with superb career paths.”

Donegan said problems such as liquid leaks, produced water, land movement, encroachments and methane greenhouse gas reduction are some examples of big problems that can have devastating results across multiple industries.

“And yet, with all of these brilliant minds around the world, it's a little company that got its start in Bowling Green, Ohio, that's risen above the pack.”