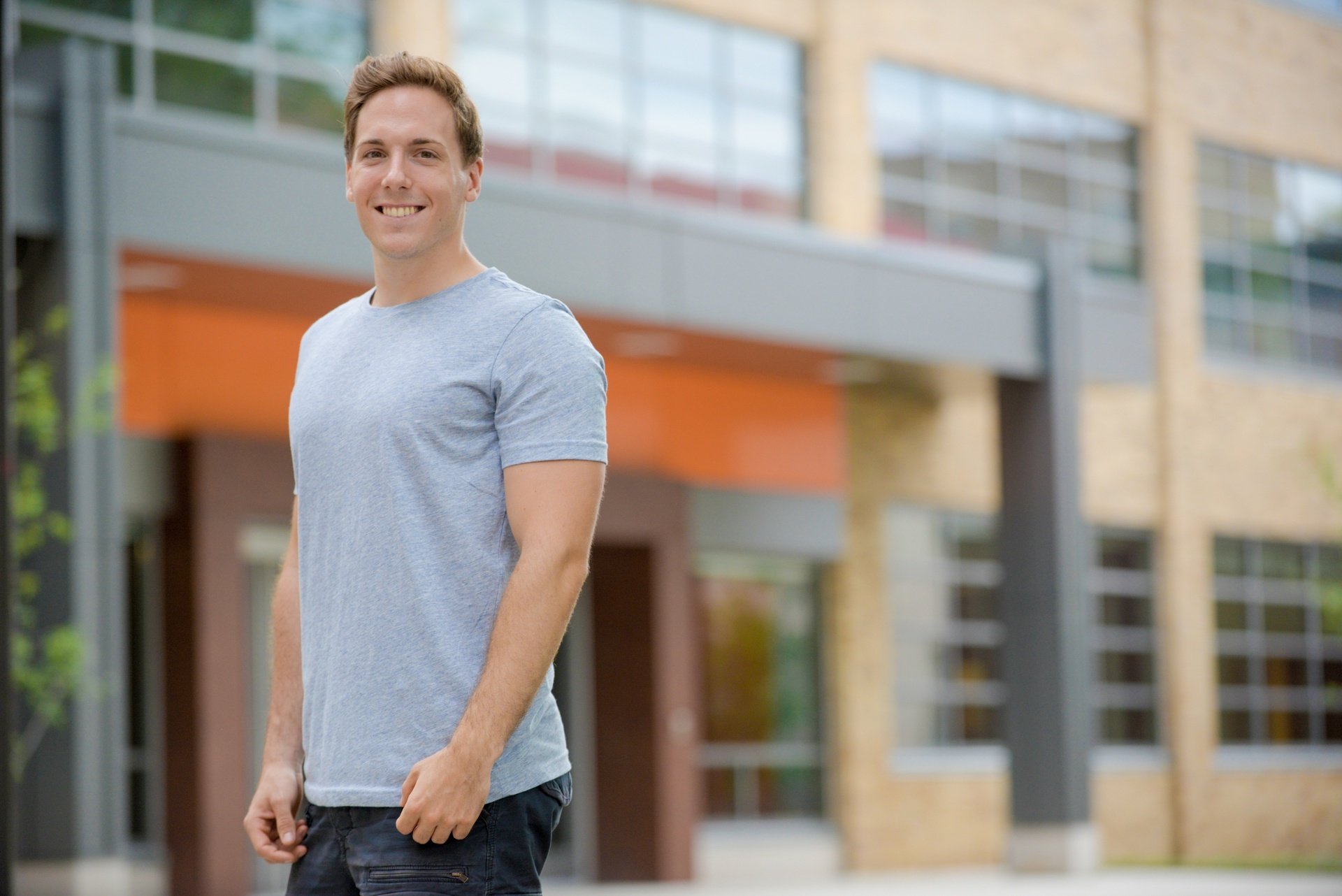 Kluch will show us a glimpse of a day-in-the-life of his job during an Instagram takeover of the @OfficialBGSU page on October 28.

A Bowling Green State University alumnus and We Are One Team (WA1T) founder earned a spot on the inaugural Team USA Council on Racial and Social Justice.

“The council will work collaboratively to provide solutions and recommendations to eradicate social injustice, and cultivate change through strengthened athlete voices,” Kluch said. “We will be working to anchor racial and social justice in the procedures and policies of their work.”

The group will focus on four priorities: the right to protest and demonstrations, athlete voice and advocacy, institutional awareness and cultural change, and racism and acts of discrimination.

With experience and research in athlete activism, Kluch was tapped to serve on the protest and demonstrations steering committee. His doctoral dissertation, “More Than an Athlete: A Qualitative Examination of Activist Identities Among NCAA Division I Student-Athletes,” was a look at student-athletes who identify as activists for social justice. His research contributed to the knowledge on athlete activism, activist identity construction in sport, and the various barriers athletes face when they choose to participate in social justice activism.

Since completing his doctorate in media and communication in 2018, Kluch spent a year working in the Office of Inclusion at the National Collegiate Athletic Association (NCAA), where he worked on national diversity and inclusion initiatives as part of the NCAA’s prestigious and highly competitive postgraduate internship program. Currently, he is an assistant professor of sports communication and media at Rowan University in New Jersey, where he is also the lead faculty consultant on sport and social impact for the university’s newly launched Center for Sports Communication and Social Impact.

“I always knew it was going to be really hard to leave Bowling Green. I knew the NCAA position was the perfect position to leave BG for because I would get to do national diversity, inclusion and social justice work in college athletics,” Kluch said. “I was doing impactful work on equity, diversity and inclusion on a national level, something I’m so passionate about. It was the perfect opportunity to continue the work I’d done at Bowling Green for four years before I graduated.”

At BGSU, he was instrumental in creating We Are One Team (WA1T), an organization founded in 2015 to promote social justice through sports at BGSU. The university-wide initiative earned the 2017 NCAA Diversity and Inclusion Award for outstanding diversity and inclusion work across the intercollegiate athletics community.

He was lucky to have been offered the NCAA postgraduate internship and the Rowan University faculty position when he graduated from BGSU; Rowan agreed to let him do the one-year position at the NCAA before joining their faculty.

During his year at the NCAA, Kluch was most proud of developing a national diversity and inclusion social media campaign.

“It was a weeklong campaign - the first time the NCAA had done a diversity and inclusion campaign like that. We were very successful,” he said. The campaign trended nationally at No. 8 with the campaign hashtag on Twitter and reached more than 69 million people.

He believes all of the diversity and inclusion projects he has worked on to date and his interest in continuing to work in the industry have prepared him to be a ready and willing participant on the Team USA Council on Racial and Social Justice.

“There are few moments in one’s career where you know at that exact moment that your work is going to be impactful. This is one of those moments, because we are making history with the USOPC Council,” Kluch said. “Looking at the other topic experts and names on the roster made me even more proud to be asked to be on the council.”

The 44-member council consists of 23 Team USA athletes, five Team USA alumni representatives, five NGB representatives, five USOPC liaisons and six external consultants and thought leaders – all serving in voluntary roles, according to the news release about the council. Thirty-six individuals will sit on one of four subject-specific steering committees dedicated to addressing four areas of focus. Overseeing each of the four steering committees will be an eight-member leadership team, with the assistance of a distinguished team of outside experts – including Kluch.

“We are grateful to this group of athletes and thought leaders who have joined the council, lending their perspective and dedication to help us confront the issues of racism and discrimination in sport and society,” said USOPC CEO Sarah Hirshland. “It is important that we continue this work of elevating athlete voices and addressing limitations within our Olympic and Paralympic community.”

Kluch will show us a glimpse of a day-in-the-life of his job during an Instagram takeover of the @OfficialBGSU page on October 28.