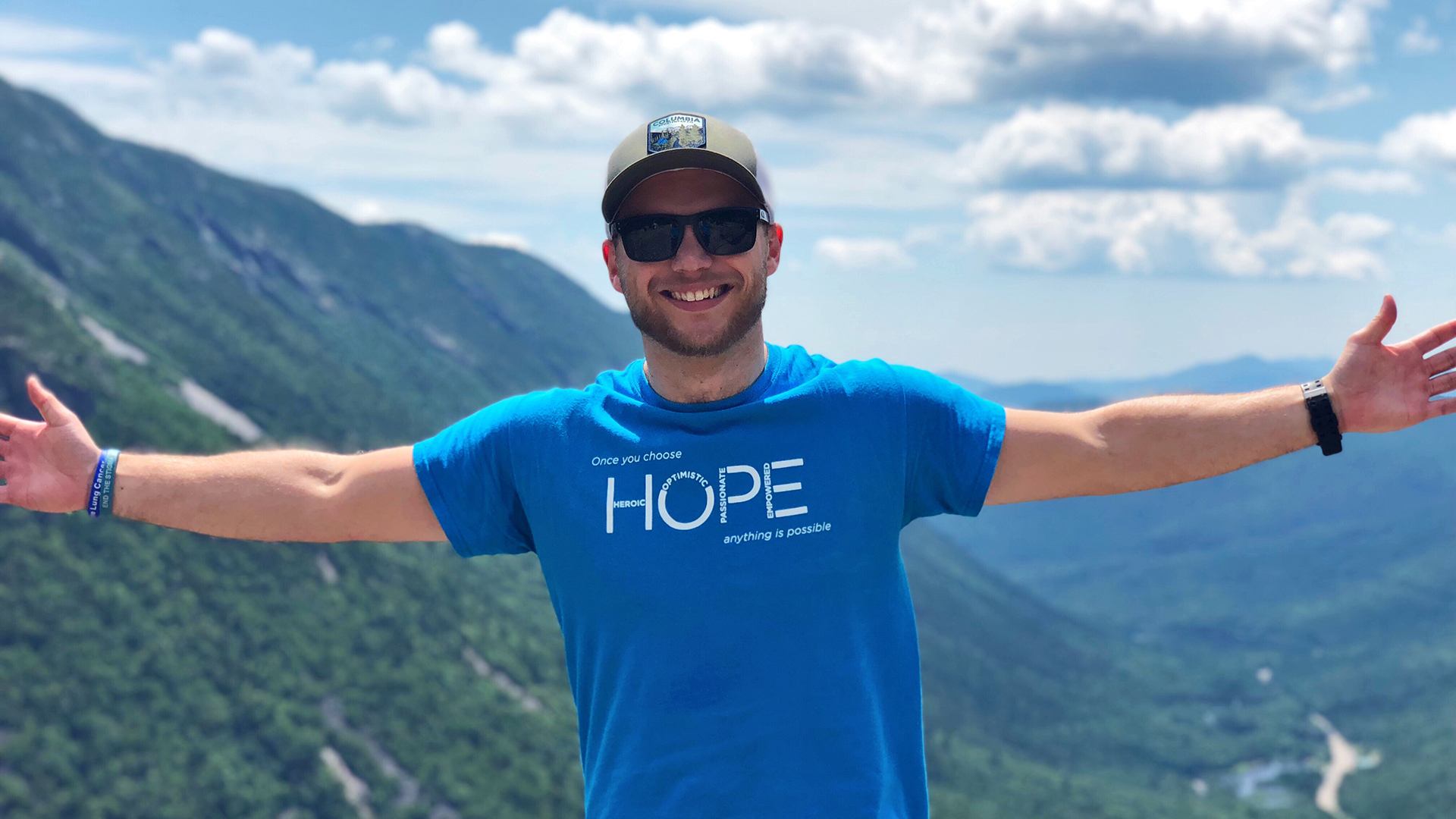 When Austin Peppers first started his collegiate career, he was unsure what path he wanted his life to take. Now, after graduating with a Bachelor of Science degree in applied health science from Bowling Green State University in 2019, he is performing cancer biology research at the University of Massachusetts and working toward getting into medical school.

After his mother was diagnosed with cancer in 2016, Peppers wanted to stay close to his family in Napoleon, Ohio, while attending college, which made Bowling Green State University the perfect fit for him. After changing his major a few times, Peppers found the program that was right for him, applied health science in the College of Health and Human Services. He also participated in the pre-medical track in the Office of Pre-Professional Programs (PPP).

Peppers said his mother’s illness sparked his interest in medicine, especially after seeing her go through a clinical trial that was able to extend her life.

He was able to decide on his major after seeking the advice from a mentor who he credits with greatly contributing to his success at BGSU. He also was very grateful for Clare Spathelf, assistant director of PPP, for helping him find his way to the pre-med track. He emphasized that new students should not be afraid to seek out the advice of a faculty mentor or professor as they can offer valuable insight and words of wisdom.

I didn’t really choose Bowling Green; it chose me.

“Always remain curious and ask questions and don't hesitate to seek mentorship or help," Peppers said. "Above all, never let a simple number such as a high school GPA or ACT score define your capability for success.”

Peppers said attending office hours and getting to know professors during one-on-one time really helped enhance his education and showed him how BGSU professors genuinely care about the success of their students.

He also said one of the most important things he learned during his time at BGSU was the importance of giving back. Peppers was a tutor and supplemental instruction leader at the University. He expressed that being able to share his knowledge with other students allowed him to connect with what he was learning on a deeper level.

“When you learn things, it’s not meaningful unless you can give back to someone else,” he said.

Another organization Peppers is passionate about is the LUNGevity Foundation. Through this organization he is working to end the stigma that lung cancer only occurs in smokers, making people more aware of the commonness of the illness. He said despite the fact that it is the leading cancer killer, research is severely underfunded, which is something he and others in the organization would like to change.

Currently, Peppers is a research fellow at the University of Massachusetts. Along with his research, he is participating in a mentoring program, both of which will help him prepare his application for medical school. The research he is performing is focused on the interconnections of reactions in cells over time and how they can kill cancer cells.