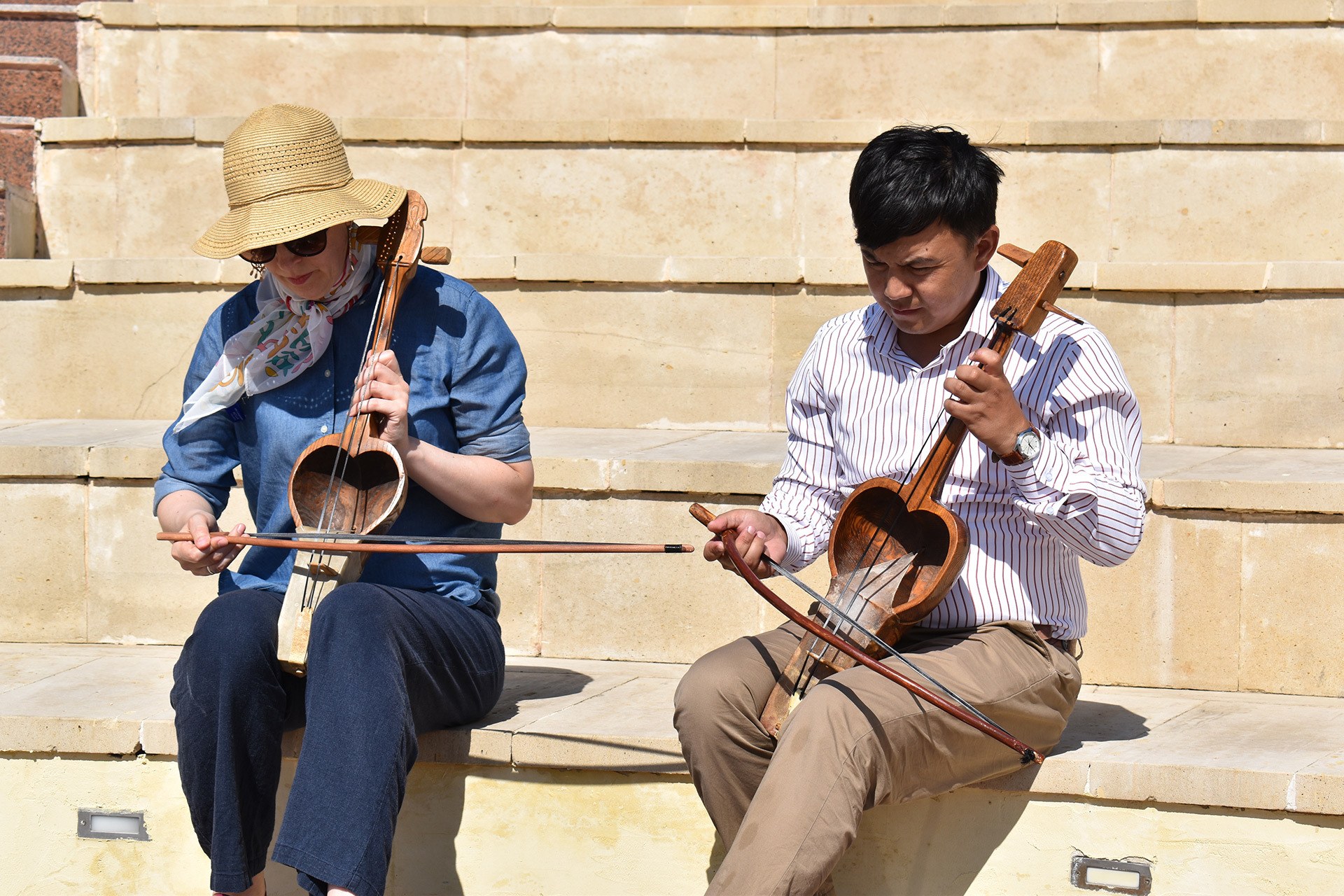 Dr. Megan Rancier, a lecturer in Bowling Green State University’s College of Musical Arts (CMA), has spent much of her time in Kazakhstan conducting research as a part of her ethnomusicology background.

In the summer of 2019, Rancier returned to Kazakhstan with help from the Merrill McEwen Memorial Fund for pre-tenured faculty in the CMA who are looking for support for professional activities or research. The CMA encourages faculty to gain knowledge and experience internationally and thrives off of its international student presence within the college.

Rancier, who received her Ph.D. in ethnomusicology the from University of California, Los Angeles, has made a total of six trips to the country. While toward her master’s degree, she received a fellowship with the Fulbright Scholar Program, allowing her to spend 10 months in Kazakhstan. 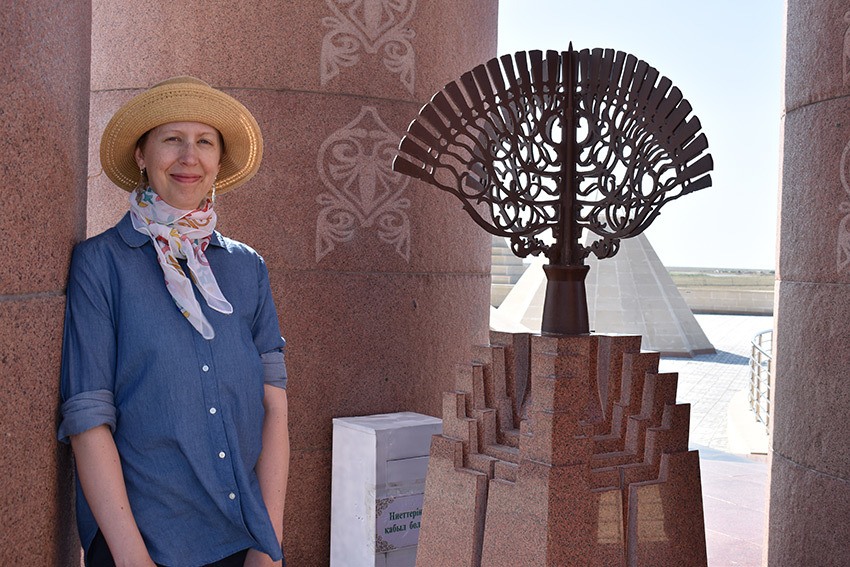 Rancier, who received her Ph.D. in ethnomusicology the from University of California, Los Angeles, has made a total of six trips to the country. While toward her master’s degree, she received a fellowship with the Fulbright Scholar Program, allowing her to spend 10 months in Kazakhstan.

During her first trips, Rancier was interested in popular music but became interested in a particular instrument, the qyl-qobyz, during her 2005 visit. The qyl-qobyz is a two-string fiddle that is held between the knees and played like a cello with a bow. Both the strings and the bow are made of horse hair. The history of the qyl-qobyz stems from an old legend told since the seventh century. A man named Qorqyt was trying to find immortality but was unsuccessful. He carved the qyl-qobyz out of a tree and sacrificed his camel for its skin. It is said that he played the instrument to express his sadness and the music kept him alive for more than 300 years.

“If you ask my teacher, he was real and he wrote this music,” Rancier said. “But that’s the interesting thing about culture: When you look at legends, it’s easy for an outsider to dismiss them and say ‘Oh, that’s just a story.’”

Her teacher, Raushan Orazbaeva, has made a lasting impact on Rancier since 2005 when they first met. They both went to see a concert at the Kazakh National University of the Arts, but it had been canceled. They sat and talked about Orazbaeva’s music, as she was a qyl-qobyz performer.

“That kind of was ‘the moment,’ not just our meeting but also of me making this connection with her.” Rancier said. “It’s kind of like this mysterious coincidence that happened, but in a lot of ways it’s rather appropriate.”

Although much of her research was centered in the capital of Astana, Rancier traveled to other cities to research different cultural aspects of Kazakhstan, including the Spirit of Tengri festival. The festival combines contemporary music and traditional music. The people of Kazakhstan are intrigued by events such as the festival because it is free and the music is all live. Concerts are usually very formal, with a paid ticket and it is acceptable for performers to lip sync, especially for large concerts. Rancier said that attendees weren’t interested in traditional music but rather the fact that everyone is being themselves. The Spirit of Tengri festival has become very successful and almost a yearly tradition, with thousands in attendance.

Despite the fact that the people of Kazakhstan have feelings of excitement about outdoor music festivals, feelings of gloom still lurk over the country. Kazakhstan used to be a part of the Soviet Union, which ended in 1991. Soviet culture largely impacted the culture of Kazakhstan and can still be seen today in older generations. Their people have continually been guarded because of the historical basis of the Soviet Union. During the reign of Joseph Stalin, people had to protect themselves and what they said for the fear of anyone listening because of the paranoia created by the government.

“One of the first things I was told before I went to Kazakhstan was ‘Don’t smile when you’re out on the street,’” Rancier said. “In 2004, the feeling was if you are there, having a great time, that marks you as a foreigner and people tend to think that you are walking around with a smile on your face for no reason.”

Although Kazakhstan is very cautious, Rancier credits it for its astounding hospitality. Kazakhstan used to be a nomadic culture and crossing paths with other people was rare, so having a guest was a cause for celebration. Rancier said that being a guest is honoring the host with your presence, so bringing a gift to a dinner is not expected. You are the gift to the host.

Rancier has been invited back to participate in a summit of qyl-qobyz performers in summer of 2020 because of her immense interest as an American. She is also working with doctoral students in Kazakhstan as a foreign consultant but hopes that someday this can grow into a partnership between BGSU and Kazakh National University of the Arts, where she studied.

In her post-research report, Rancier publicly acknowledges Orazbaeva for her immense contribution to her research and great appreciation for her guidance as well as her unfailing kindness. Rancier also credits the Merrill McEwen Memorial Fund for allowing her to accelerate the progress of her research and nurture her professional growth at BGSU.