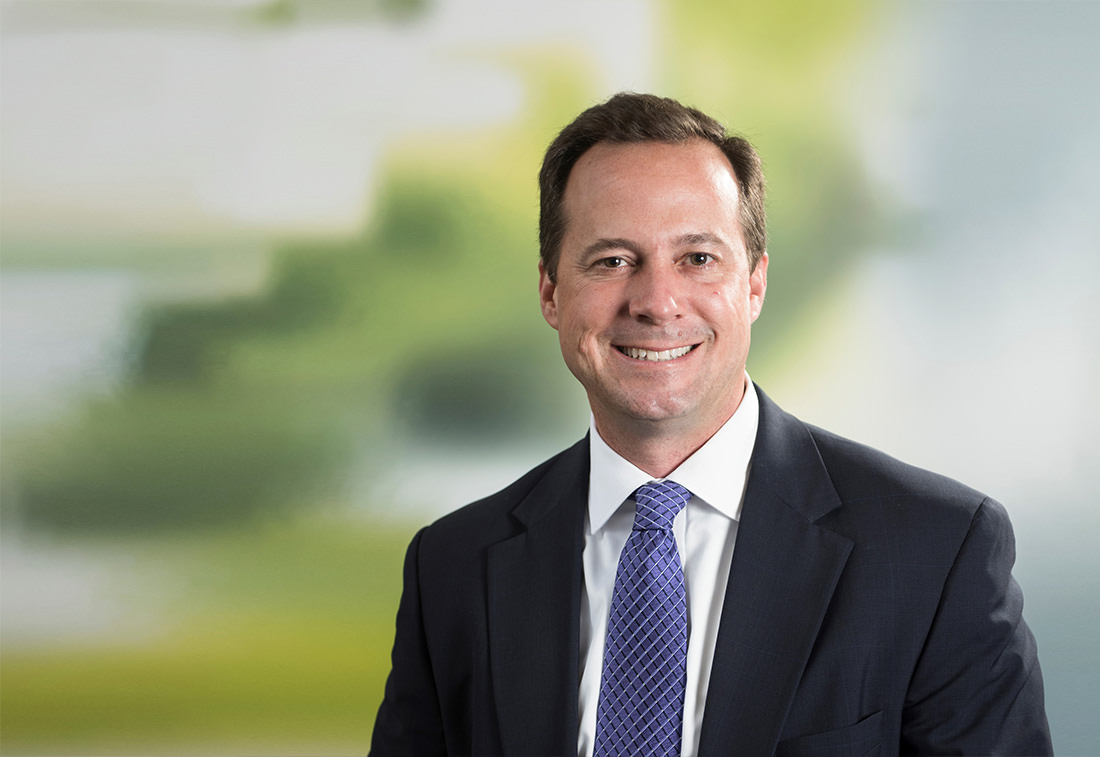 While attending Bowling Green State University, John M. Starcher Jr., Esq., quickly learned that his achievements correlated directly to the time and effort he was willing to put in.

Today, Starcher, who earned a Bachelor of Science in business administration in 1993, is president and chief executive officer (CEO) of Bon Secours Mercy Health, one of the largest health care systems in the country. He oversees the development of system strategies and operations for 43 Mercy Health and Bon Secours hospitals and more than 1,000 health care facilities across Ohio, Kentucky, New York, Maryland, Virginia, South Carolina and Florida. Bon Secours Mercy Health employs more than 57,000 people, including 2,100 employed providers, and has net operating revenue of more than $8 billion.

“It's an honor,” Starcher said of returning to his alma mater to speak at the 7 p.m. commencement May 17 at the Stroh Center. “Those that knew me in college would never have dreamed that I'd be asked to speak — let alone offer advice — to graduating seniors; that includes most of my fraternity brothers. I had a work hard-play hard mentality, most of which manifested publicly in the latter. Privately, I worked my rear end off, whether it was earning good grades, working my way through school as a night guard, or leading the Kappa Sigma Fraternity.

“Coming back to BGSU brings back a flood of great memories that I wouldn't trade for the world.  I'm forever thankful for the education I received, the experiences I gained and the memories and friendships that will last a lifetime. My only hope is that this class of graduating seniors enjoyed the ride as much as I did.”

Previously, Starcher served as president and CEO of Mercy Health, the largest provider of health care in Ohio. He is also the former president and CEO of Health Management Associates (HMA), an integrated acute-care-delivery system with 71 hospitals across 15 states. He guided HMA through its successful sale to Community Health Systems.

“It is an honor to have John Starcher Jr. as a commencement speaker to motivate this year’s graduates as we mark their achievements at Bowling Green State University,” BGSU President Rodney K. Rogers said. “John is an influential leader in the ever-changing field of health care. As president and CEO of Bon Secours Mercy Health, he has led several innovative collaborative partnerships such as the one between the University and Mercy Health. I can’t wait to hear him inspire BGSU’s newest alumni as he shares critical keys for career success and in life.”

Starcher said his business administration degree helped prepare him for his career by providing the fundamentals of business, particularly in finance, accounting and health care administration.

“Beyond that, merely the tenacity and perseverance it took to successfully complete classes that I could barely comprehend, such as calculus and statistics,” he said. “Never give up: Always find a way to complete the assignment you've been given to the best of your ability. Ultimately, my time at BGSU showed me that I can achieve anything I put my mind to, as long as I am willing to put in the necessary time and effort.”

Starcher plans to give graduate candidates advice that is career oriented — a practical perspective young adults might not hear that often these days — grounded in pragmatism and not ideology, he said.

“These young adults don't want to listen to a middle age guy preach to them about how to live their lives or what political agenda I prefer,” Starcher said. “Fundamentally, everything they needed to learn, they learned by the age of 5. For example, the difference between right and wrong, to say please and thank you and to treat everyone with dignity. While their political opinions and underlying character may be mostly formed, many of them will enter the professional workforce for the first time in their life. Having started exactly where they are starting, I think I have something to offer.

“I like to use stories as memory aids. They serve as repositories of wisdom and advice gleaned from people I respect. I’m going to share three stories that I hope will keep these tips in mind as our graduates take on new endeavors: Be your own person/know your mind; be innovative because there is a solution to every problem; and there are no excuses to not succeed if you are willing to take risks and work hard.”

Before joining HMA, Starcher served as the CEO of three of Mercy Health’s four divisions, overseeing more than 20 acute care hospitals, five long-term-care facilities, six home health agencies and dozens of affiliated clinical practices with more than $3 billion in net revenue. He also served as the CEO of the Northeastern Pennsylvania Region, the senior vice president of human resources and corporate associate counsel.

Starcher said one of his mentors at BGSU, Dick Sipp, an adjunct professor in health care administration and former associate vice president for student affairs and executive director of the Student Health Center, helped set him on a path for a career in health care.

“He was the first professional that I remember teaching a class in a field that they actually worked in and had success,” Starcher said. “He provided case studies in health care that turned out to be remarkably accurate and gave practical advice and feedback routinely. Mr. Sipp recommended me for a fellowship in health care administration at the Medical College of Ohio during my senior year. That fellowship turned into an internship and ultimately, the beginning of my 27-year health care career.

He credits active leadership roles during his time at BGSU with not only preparing him for his first job, but also his career.

“I was president of the Kappa Sigma fraternity for my junior and senior years,” Starcher said. “That was my first real experience of taking on true leadership of others; of learning how to be accountable to many stakeholders: the young men in the fraternity, the dean of Greek Life, Kappa Sig alumni and the International Fraternity and BGSU. It was fun, a lot of work and incredibly enriching.

“I certainly didn't have all of the answers coming in, and much of the time it was baptism by fire while I learned on the job. However, it is in seeking out new challenges that we prepare for the next opportunity in our career and our life.”