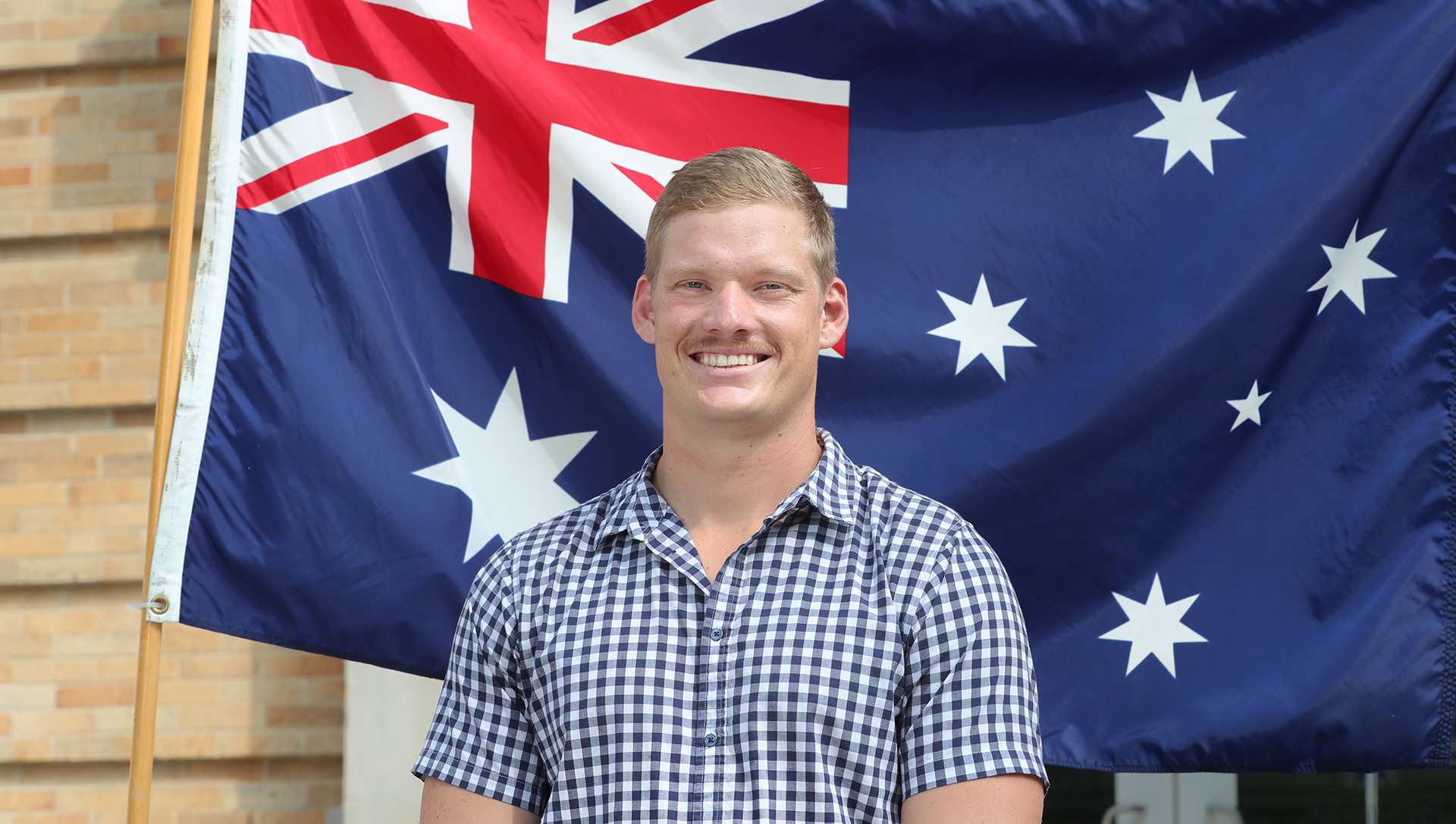 Faces Behind the Flag: The power of a postcard

Julius Van Rooyen is hard to define. He’s a veteran, having served in the Australian army. He’s an international student, originally from Brisbane, Australia. He’s a nontraditional student, having not gone straight to college after high school. And he’s an athlete, walking on the Bowling Green State University football team.

He’s also a BGSU student majoring in sport management. The story of how he got here is as interesting as he is.

Van Rooyen knew he wanted to major in sport management. An athlete in Australia, playing Australian football and cricket, he said, “What better way to find a career than to follow your passion?”

The United States is home to several major sports leagues, making it a prime place to work if you’re interested in sport management.

“If I’m going to work there, I should go to school there,” Van Rooyen said.

The next step was to find the right university, so he hopped on Google and found several universities, including BGSU. The University’s sport management program is one of the largest and most diversified programs in the country, which was a key selling point. But it was something else that made the decision official.

“The main deciding factor was a handwritten postcard I received from a student here, congratulating me on my acceptance,” he said. “It meant a lot. It was very personal, not at all generic like the other acceptance letters I received.”

Two years later, Van Rooyen said the words in the postcard are holding up.

“Everything I need in life and want in life is here,” he said.

That includes variety in weather – it’s consistently warm in his part of Australia – and football.

After Van Rooyen decided to come to BGSU, he started training and playing American football at a local gridiron club to get used to the game. Then, on the day he got to Bowling Green, he approached the BGSU football team about playing.

He said his passion, dedication and tenacity helped him secure a walk-on spot, but he had to sit out a year before becoming NCAA-eligible. During that year, he played rugby.

“I came in with open eyes and a closed mouth, absorbing everything I could,” said Van Rooyen, who is a tight end. “It was a physical change to come here and compete, but I knew to knuckle down and stay focused. If I work hard, good things will come.”

Professionally, he hopes those good things include a behind-the-scenes job in sport management, advertising, sales or marketing.

“I’m here for the opportunity I’ve given myself and that people have given me,” he said. “I love what I’m doing.”