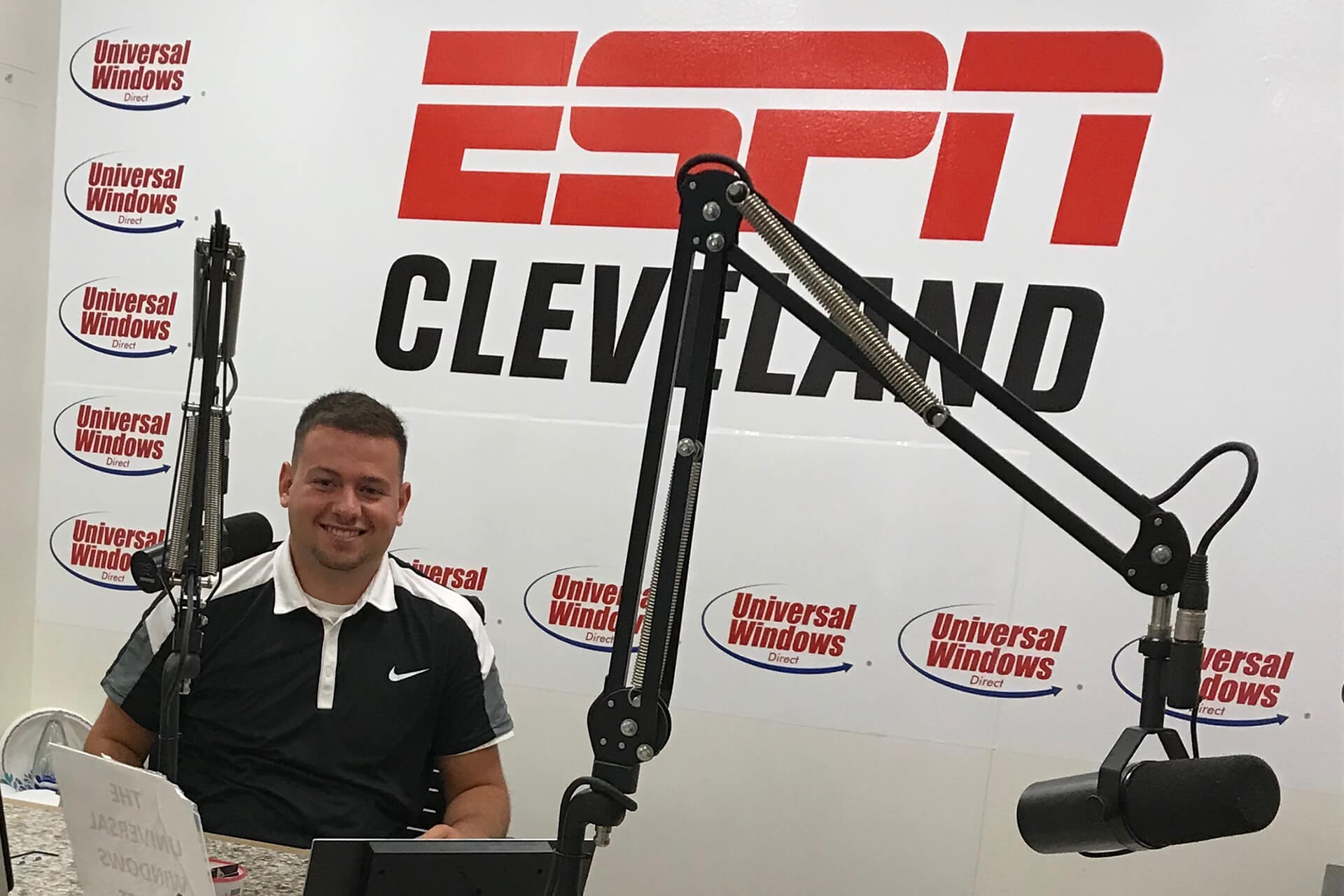 Summer of a lifetime for journalism student

Internship at ESPN Cleveland was dream-come-true for Brendan Hall

As the fall temperatures fall and winds pick up around campus here at Bowling Green State University, I look back at my summer and know it will be one to remember. This past summer, I had the opportunity to intern at ESPN Cleveland in my hometown of Cleveland — a dream once thought to be impossible.

When I was a freshman, I was unsure what to study so I decided to major in accounting. However, I realized it was not for me, so I changed to criminal justice for a short time. Then, I finally chose broadcast journalism after two years at BGSU. Another sphere of influence that made me change my mind was participating in the Bowling Green Radio Sports Organization (BGRSO), which gave me invaluable hands-on experience that made me passionate to pursue a career in radio broadcasting since I came to campus.

Interning for ESPN Cleveland has been a dream of mine since I was a freshman at BGSU. Originally, I attempted to intern for the company in 2016 and was unsuccessful, but practice makes perfect and I was able to achieve a long-awaited goal only two years later.

ESPN 850 WKNR-AM runs local programming from 9 a.m. until 7 p.m. during the week, covering athletic teams such as the hometown Indians, Cavaliers and Browns, as well as the Ohio State Buckeyes. ESPN 1540 WWGK-AM runs ESPN Radio all the time. However, there are exceptions to the structure. For example, since ESPN 850 WKNR-AM is the flagship home for Cleveland Browns football, the station will broadcast Browns games every NFL season.

"Interning for ESPN Cleveland has been a dream of mine since I was a freshman at BGSU."

Primarily, my objective was to learn more about how ESPN Cleveland generated entertaining content using their local radio shows and other assets to apply it to my own sports talk radio show on 88.1 WBGU-FM. Every Tuesday, I would screen phone calls for the weekday morning show “The Really Big Show” hosted by Tony Rizzo and Aaron Goldhammer. Some of my other duties on the show involved researching show topics for show preparation and monitoring social media for any breaking news the hosts may have skipped.

Then, on Wednesdays each week I would be given projects by my internship coordinator, Aryanna Brown. These individual and team-driven projects covered multiple subjects related back to actual company positions. For example, we were assigned to be a fictional marketing consultant and create a campaign with a local partner. I created a partnership with PetSmart and linked it to one of the afternoon show hosts who owns a dog.

Another part of the internship program was working multiple events with local partners throughout the summer. For example, during the Cavaliers 2018 trip to the NBA Finals ESPN, Cleveland hosted a poster making station and Pop-A-Shot game for fans to participate in outside the arena before the last game of the series.

I would not have been able to achieve my internship without my education at BGSU and I will be forever thankful for all of the faculty and staff that left their mark on my life in one way or another.

One thing I will always remember from this internship as I look to graduate in the next year is what the producer of the “Really Big Show,” Chris Oldach, told me how to succeed in the radio broadcasting industry.

“You have to work your butt off and grind,” Oldach said. “You have to know this is not a 9 a.m. to 5 p.m. job. There are going to be days and times with long hours and you have to adjust on the fly.”