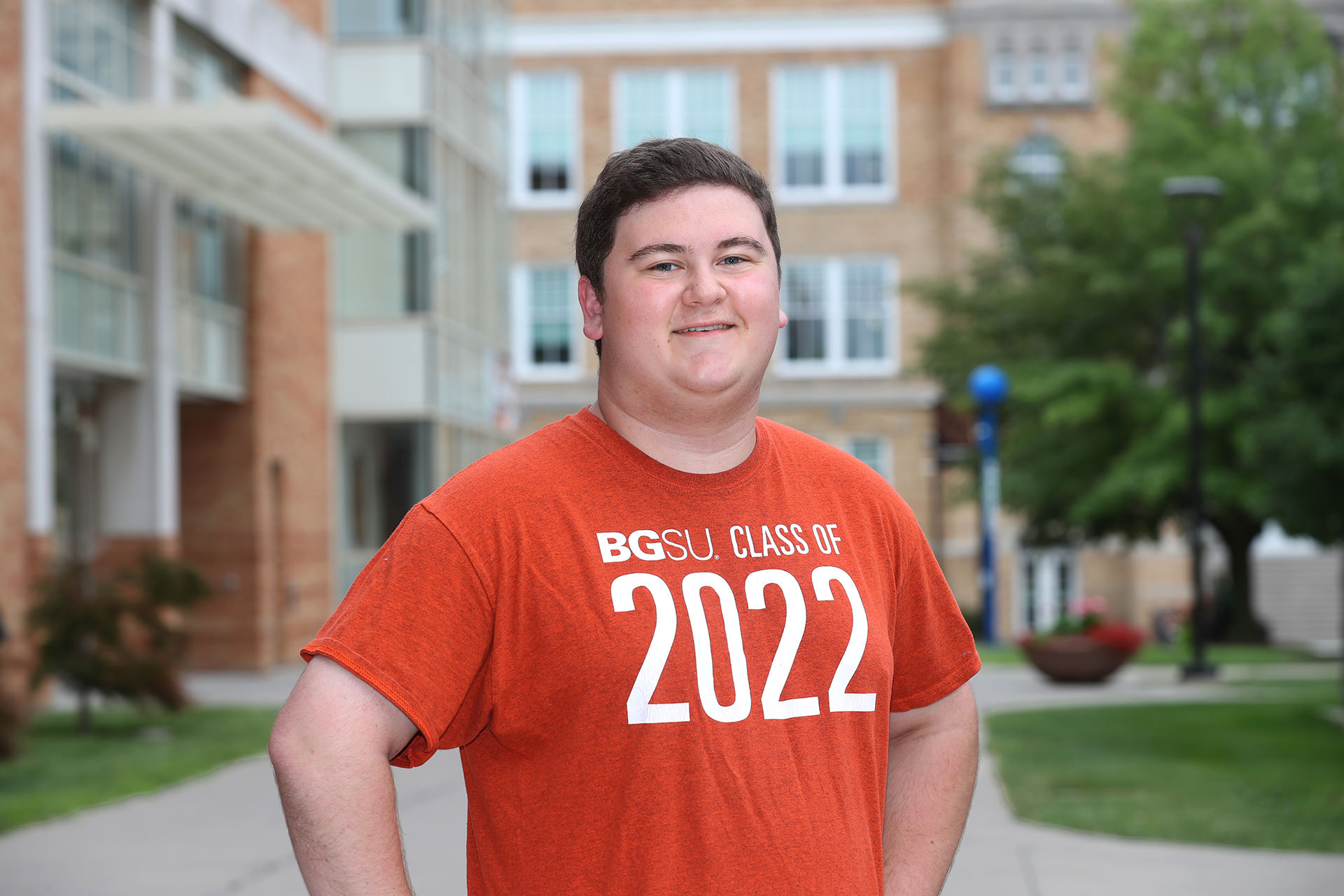 Class of 2022: Nick Menster picks BGSU because of commitment to community service

Freshman education major is a member of the President's Leadership Academy

Make no mistake, Nick Menster is serious about serving the community.

That’s why he chose to attend Bowling Green State University.

“With all of these clubs on campus that you have the option of getting involved with, it really keeps you engaged. BGSU just seemed like a really good fit for me,” said Menster, an adolescence young adult education major from Granville, Ohio. The Wall Street Journal/Times Higher Education College Rankings recently placed BGSU at No. 20 nationally in student engagement among public universities.

Menster hit the campus running. He’s already been elected to the executive board of his hall council, joined a fraternity and completed several hours of community service. He had tried to get involved in his community in high school, volunteering where he could, but he couldn’t find enough like-minded people to make a difference, he said. That shouldn’t be a problem at BGSU.

“Nick Menster is an incredibly humble, bright, hardworking and kind student,” said Dr. Jacob Clemens, associate dean of students. “Nick is already getting involved on campus and in the classroom. He is an exceptional student who dedicates time, effort and energy to do well in the classroom. I believe Nick embodies the core values of BGSU and demonstrates the heart of a servant leader in the first few months being on campus.”

Because of his excellent academic standing — he scored a 34 on his ACT — and his passion for service, Menster was almost tailor made for the Sidney A. Ribeau President's Leadership Academy. The PLA is a four-year leadership development program that engages scholars in classes, workshops, experiential learning and community service activities. The curriculum focuses on specific outcomes, with each year's experience building on those of the previous year.

“I’m really glad to be a part of the PLA,” Menster said. “I applied because I saw it on the list of University scholarships. I read a little more about it, and the community service and involvement and being able to meet other students who are like minded really jumped out at me. I was over the moon once I got accepted.

“We had a four-week training over the summer and I got to meet 21 other students just in my class alone and 80-some students in the PLA overall. To be able to talk to them and network with other students who all have their own passions and something unique to bring to the table is special.”

Menster had considered majoring in political science but ultimately chose education because he said his high school teachers were a good influence in terms of community service.

“I ended up switching to education because I could still take the the classes I love but get a degree I know I can use,” he said. “Being a teacher is an awesome job and BGSU has a really strong education department.

“I had some really great teachers in high school. Because of their encouragement, I was able to get involved in government-oriented extracurricular activities and develop a real passion for it. Through that experience, I learned how to speak and present myself in public. I feel like that was better than the actual education than I got in a classroom.

“I’d love to be able to do that sort of thing and help kids develop their passions. Whether or not you go into government, it’s still good to be engaged.”