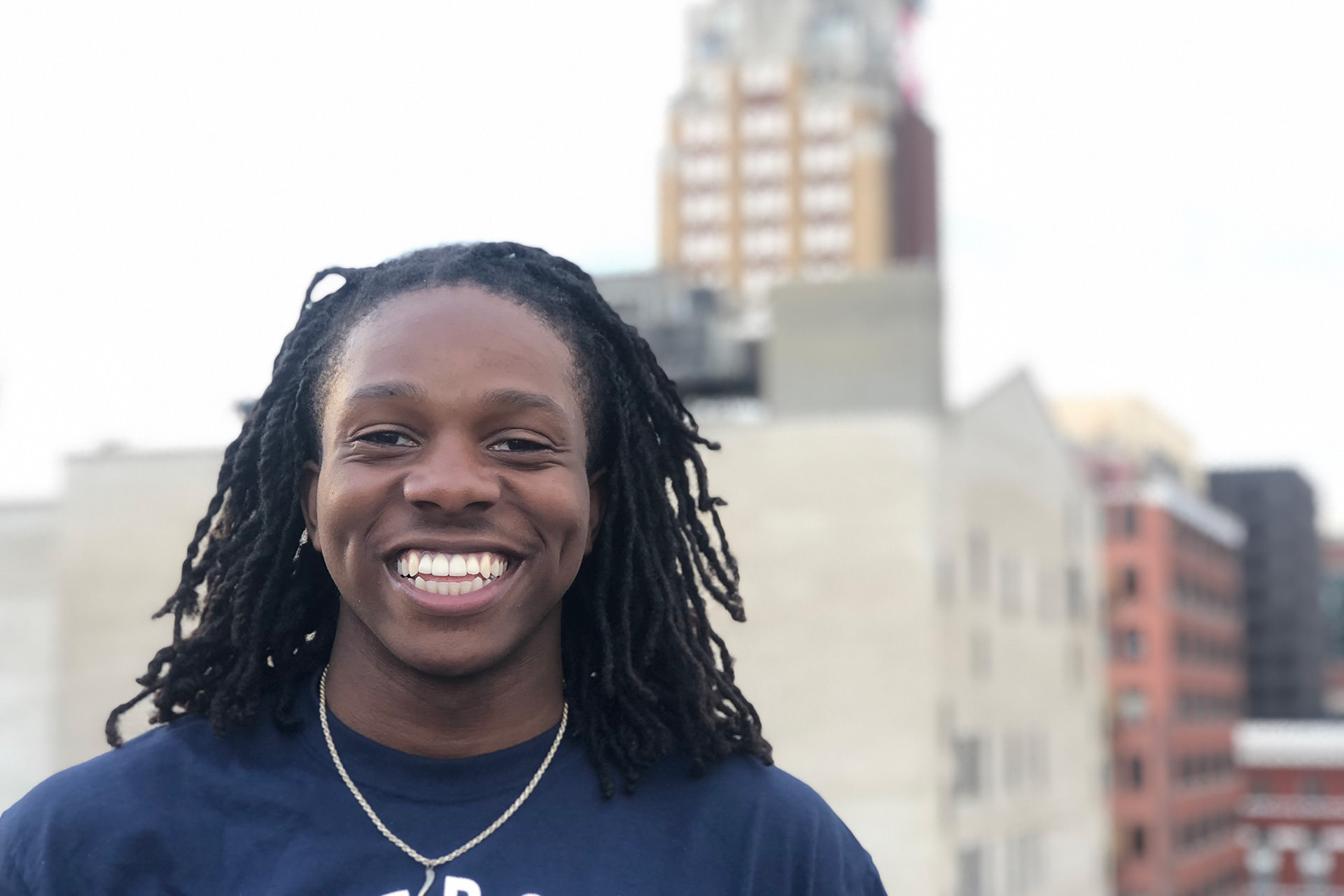 Ties with a purpose

Getting up at 4 a.m. isn’t easy for most adults, much less 14-year-olds. But at 14, Myles Johnson had plans, and they included baking chocolate chip and oatmeal cranberry raisin cookies to sell at the Hartsfield-Jackson Atlanta International Airport.

“What I really loved about entrepreneurship at a young age was that there were no boundaries,” said the Bowling Green State University supply chain management student. “There was no one telling me I gotta do this, I gotta do that. It was a way to express myself.”

Johnson wanted to use his love of baking and his dad’s belief that he could be his own boss to formally start a cookie business.

“When I told people about my idea, they were like, no, that’s not going to work,” he said. “I was crushed. I was like, I really like that idea.”

While in the Michigan Chamber of Commerce Young Entrepreneurs Academy, Johnson shifted his business idea.

“I liked to dress up every day for school, that was my mission,” he said. “So I thought, why not revolve my business around that. I wasn’t thinking about actual clothes; I wanted to do something along the lines of accessories.

“Socks were a little saturated, but I’m always wearing a tie, so why not tie clips? I didn’t even have a tie clip.”

I Am _. Inspirational Tie Clips was born.

“I was going through a time where I had no self-esteem, I had self-identify issues, and I saw that in other young men,” he said. “We don’t want to admit or acknowledge our faults, so I was like, how about I put inspirational messages on the tie clips? So you can show people your message.”

Johnson’s tie clips include the words blessed, strong and relentless.

“It’s a way of believing in yourself,” he said. “If you didn’t have anything, just your briefcase, entrepreneurship teaches you survival. If your product is not moving, if you’re not making any sales, then you’re hungry — and you don’t want to be hungry.”

Johnson, who will be a junior this fall, chose BGSU for its location and the College of Business. He says supply chain management is helping him further his business.

“I really like it at Bowling Green,” he said, adding that he is a member of K.I.N.G.S. and Undergraduate Student Government. “It wasn’t what I was expecting it to be. A big shout out to SMART [Students of Color Mentoring, Aiding, Retaining and Teaching] for introducing me to everyone.”

After graduation, Johnson is considering moving back to Lansing, Michigan, or to Washington, D.C., admitting that he has a political desire.

“I want to be a voice for the people,” he said. “I feel like that’s the biggest thing I can provide. I need to help other people who don’t have a voice. I need to make a change.”

Further down the line, he wants to open a community center for kids and a rebuilding center for adults to find, or re-find, their passion.

In the meantime, he is ramping up to launch a new endeavor, Styles by Myles.

“Since I’ve always loved dressing up, I want to share that with other people,” he said. “I want to teach young men how to dress professionally. In some cases, nobody’s ever taught them, they’ve never been around that environment. Presentation is everything. Especially in interviews.

“I want to teach young men how to do it right. Dressing up doesn’t have to have a negative connotation to it. You don’t have to be uncomfortable if you do it right.”