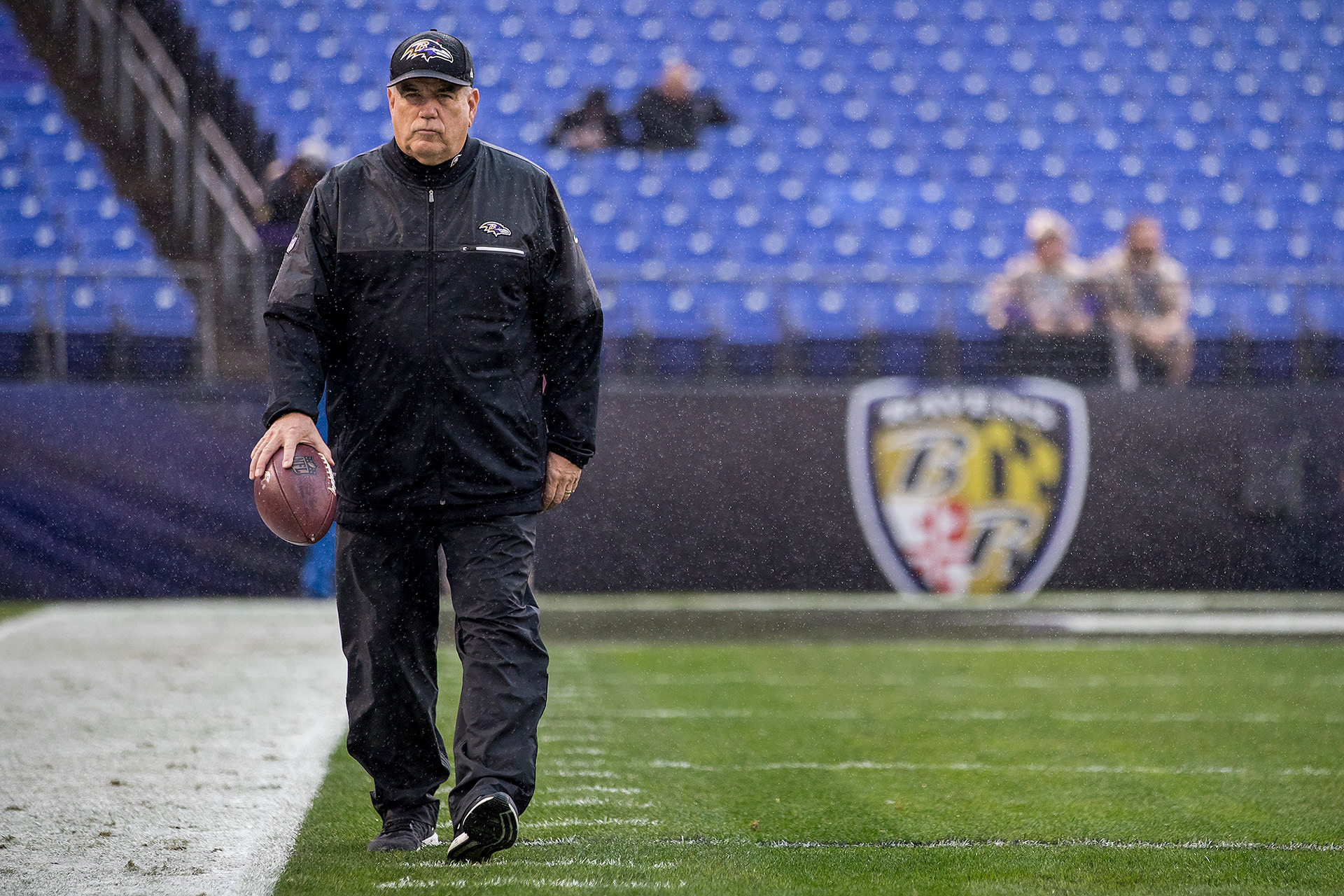 Dean Pees ’72 sacks the competition with his BGSU education degree

Dean Pees has learned quite a few things during his 45-year coaching career that began at Elmwood High School after he graduated from Bowling Green State University in 1972 with a Bachelor of Science degree in education.

Pees, who is in his sixth season as the defensive coordinator for the Baltimore Ravens, has worked with some of the best coaches in the college and pro ranks, including Nick Saban, Lou Holtz, Gary Pinkel, Bill Belichick and John Harbaugh. He said he's been fortunate to pick up a thing or two from them along the way.

"I probably learned a little something from everybody," Pees said. "They all are attention-to-detail-type guys. They all have worked very hard at their craft and all have been very successful. They're all completely different personalities — every one of them. I think the thing I pulled the most from them is to be my own personality, be my own guy. It shows you can have all kinds of success in so many different ways."

Doing things his way includes using the skills he learned at BGSU that helped him become a teacher. As a coach, it's a major asset he's relied upon because he didn't play football at BGSU.

"One of the things I always thought in coaching is, you have to be able to relate to people and you've got to be a good teacher," Pees said. "So many coaches don't end up going that route, and then they have a hard time explaining things or breaking it down. As a teacher, you are able to start from scratch and really teach the fundamentals before you get into other things. I've always thought that my education background is what really helped me the most in coaching."

He has special memories about each championship game, but the most recent victory with the Ravens sticks out the most. 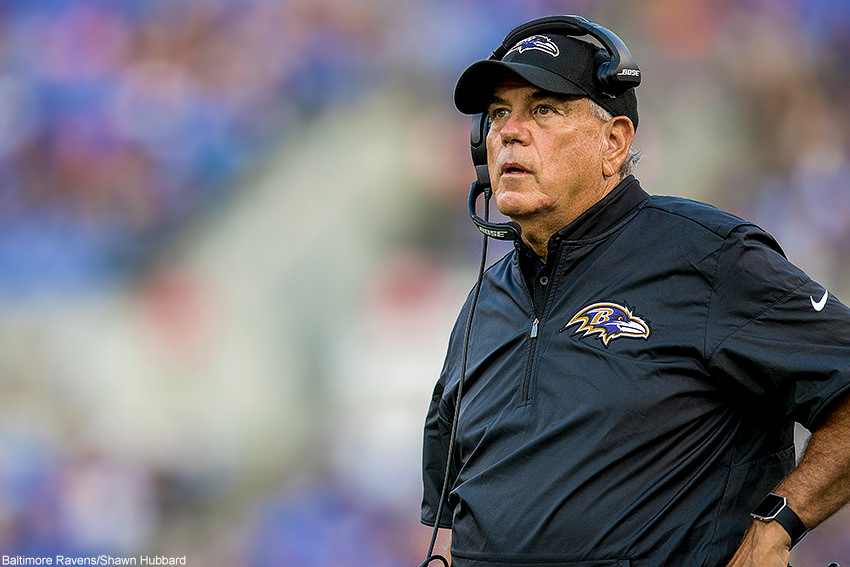 "They were all great experiences, but probably the biggest one was the last one in the 2012 season with the Ravens," Pees said. "It was Ray Lewis' last game, and I was coaching him and Ed Reed and those guys. We had a goal-line stand at the end to win the game, which was quite a thrilling way to beat San Francisco 34-31."

"Tedy Bruschi, Rodney Harrison, Willie McGinest, Ray Lewis, Ed Reed, Terrell Suggs — there have been so many over the years, including C.J. Mosley who I'm coaching right now," Pees said. "There have been so many that it's just really hard to pick one. And, to be honest, they've all been my favorites.

There is one player who he's had an interesting relationship with, and that's Harbaugh. Pees was the defensive coordinator at Miami University in the mid-1980s when Harbaugh was a defensive back. Now, Harbaugh is the head coach for the Ravens, whose defense is led by Pees.

"My friendship with Harbaugh is probably the reason why I left New England," said Pees, who coached in New England from 2004 through 2009. "Everyone has always kind of wondered, why would I leave New England where we were having a lot of success? My contract was up and ready to be rolled over, so I didn't have to continue my contract if I didn't want. John had mentioned something to me at one point in time that when my contract ran out, we should talk. I thought it would be a unique situation to go coach for a guy who I really enjoyed as a player, and so I did it."

The Super Bowls aren't the only title he's won. He was the defensive coordinator for the University of Findlay, when the Oilers won the NAIA II National Championship in 1979, and Pees is forever grateful to coach Dick Strahm for giving him his first college coaching job.

If we can finish in the top 10 on defense this year I'll have the highest percentage of any defensive coordinator in the NFL, finishing in the top 10 in the last 30 years...That's a big deal to me.

Pees' interests aren't confined to the football field, either. His parents had two rules: He had to learn to play a musical instrument and he had to go to college.

"They didn't say anything about sports, but my mom said you had to take piano lessons for a year and so we all did, and I really liked it," said Pees, who grew up in Dunkirk, Ohio, about 45 miles south of Bowling Green. "Part of the reason I learned to play is I really didn't take lessons very long because I can't read music, but I can write it. I have copyrights to 28 songs. I've written all the music for my daughters' weddings and for everybody in my family and special occasions, things like that.

"I did it really because of my mom and my grandmother. They wanted the boys in the family to learn how to play, so I did and really enjoyed it. Just like most athletes, they have headphones on and they're into music and that's kind of their way of relaxing with all different kinds of music. That's kind of my escape from football is to sit and play. I have a digital piano that I use and I plug the headset into and just sit and play and not disturb anybody and kind of go off into my own world."

Pees returned to BGSU while he was coaching at Findlay to obtain his master's degree, but he didn't finish it because he got hired in Miami and had to move along.

"I really felt like I got a good education at Bowling Green," he said. "I felt good about my time there and got a great education and enjoyed my time when I came back to work on my master's. I made a lot of friends during my time there who have remained my friends. My best friend probably in my life, Phil Miller, was my roommate at Bowling Green. He lives in Phoenix now but he was from Paulding, Ohio, and was my college roommate and my best friend I've got in the world."

Pees has his eye on one last accomplishment that would serve as a capstone to his career.

"I'm probably getting about ready to retire and I got a chance if we can finish in the top 10 on defense this year I'll have the highest percentage of any defensive coordinator in the NFL, finishing in the top 10 in the last 30 years," he said. "That's a big deal to me. As a coach you're trying to be the best you can be, and that's a big achievement even with all of the Super Bowls and those things. I've been very fortunate in this business and that would be a fitting end to a 45-year coaching career." 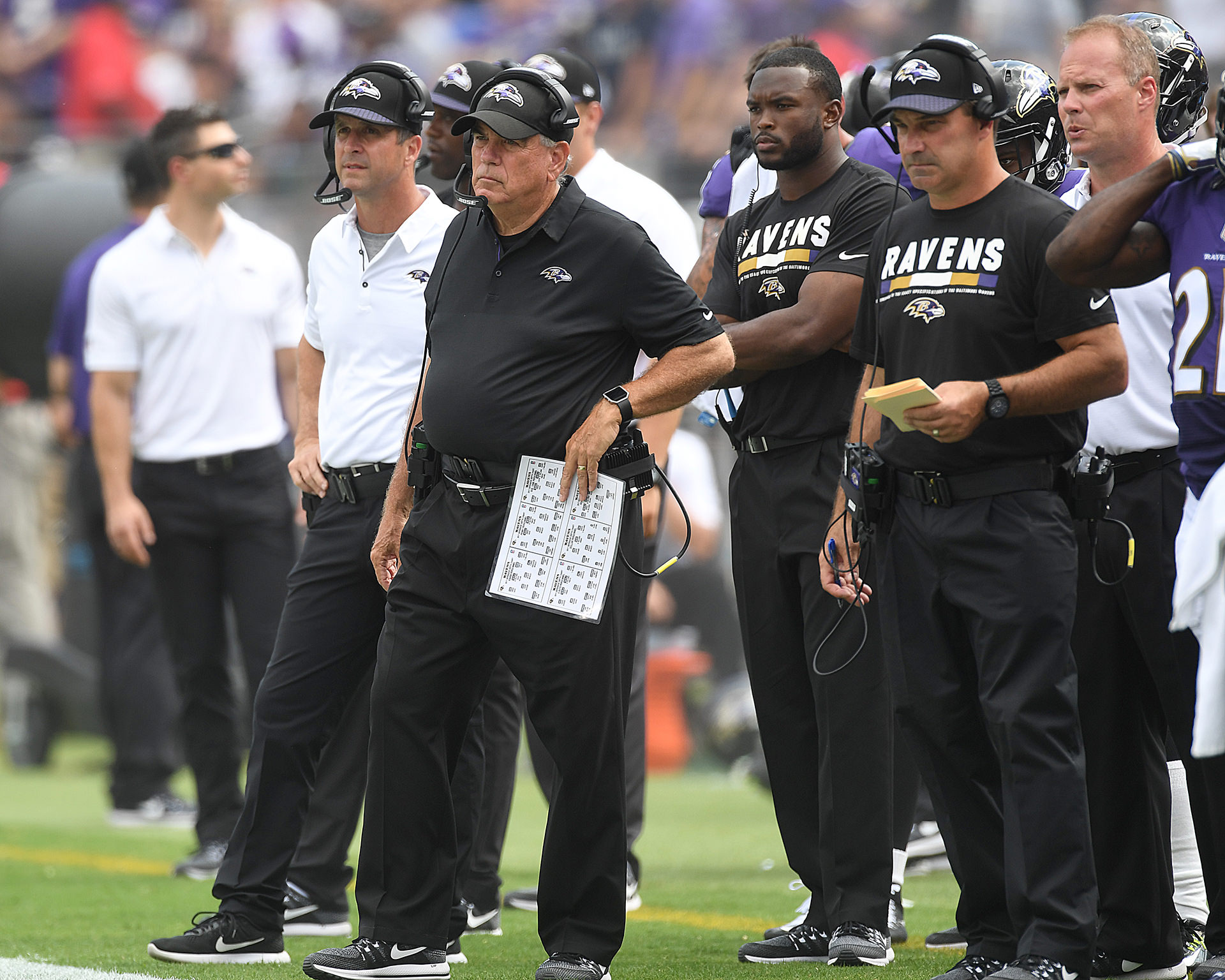