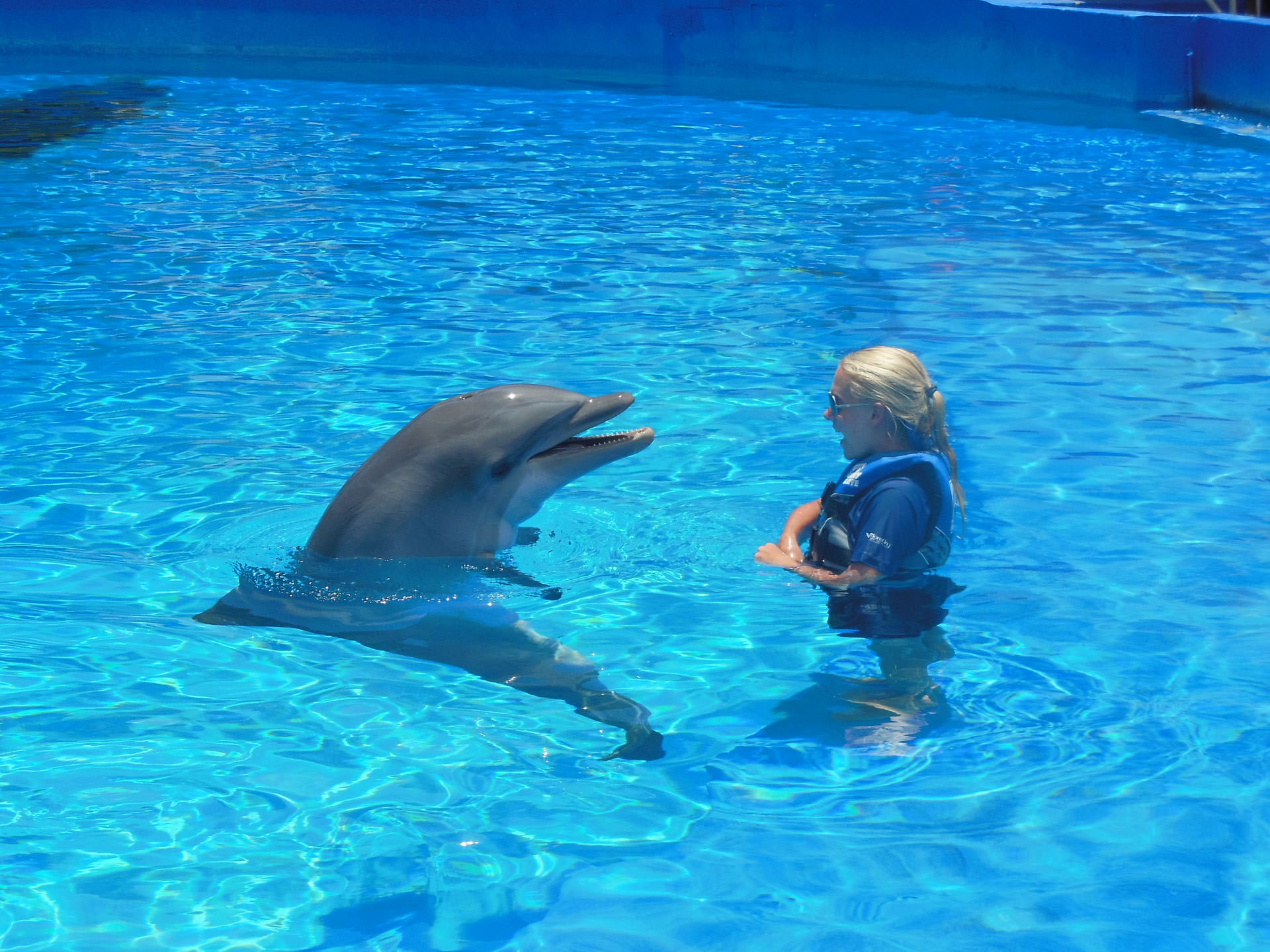 Ever since I can remember, I have felt a strong pull toward the ocean, and with it, the ocean pulling me along with its endless mysteries yet to be discovered beneath the surface. Dolphins have always captivated me, and the very first time I saw a dolphin was a life-changing experience. From that moment on, I knew that I wanted to work with dolphins one day.

Knowing that animal training is a very competitive field to get accepted into, I took advantage of every opportunity available during my first few years at Bowling Green State University. I started by volunteering in the Marine Lab, then by taking a class at the University of Southern Mississippi’s Gulf Coast Research Laboratory, and, finally, by completing a part-time internship at the Toledo Zoo. I participated in all of these programs because I believed these jobs would help heighten my chances of obtaining an internship working with marine mammals.

Now, if you would have told me in January that I would be spending my entire summer in Hawaii working with dolphins, I wouldn’t have believed you. However, a few months later, I received an email that changed my life forever. On March 14, I opened my inbox to find an email stating that I was accepted for the Aloha Experience Internship at Sea Life Park, Hawaii. On May 8, I found myself on a plane heading to Honolulu, ready to begin an adventure of a lifetime.

Sea Life Park Hawaii is located along the coast in Waimanalo on the island of Oahu. The park’s motto, “Where the Heart Meets the Sea,” definitely holds true, as it is home to many Atlantic and Pacific bottlenose dolphins, the only known wholphins (a hybrid species between a pseudorca and an Atlantic bottlenose dolphin), many sea lions, penguins, sharks, sea turtles and much more. I had the privilege of working with a couple of Atlantic bottlenose dolphins that were a part of some of the public interactive programs offered at the park.

The internship program was divided into three phases, so that you must pass each phase before advancing to the next one. The first phase provided the essential knowledge needed to understand the basic operations of the park, which included learning how to prepare the food for the animals, basic husbandry techniques, learning the importance of the daily physical examinations, and being able to practice proper cleaning practices. This also was the phase where we were taught the history of marine mammals being placed in captivity as well as the science behind the animal training industry. Once we were proficient in this phase, we were able to start working with the animals and teaching the public about the animals. The third phase was a continuation of the second phase, but with a little more trust from the senior trainers.

Completing this internship was definitely an eye-opening experience to what it takes to care for marine mammals in a captive setting. It showed me how much work, dedication, teamwork and passion is required to be able to work and train marine mammals. Most important, this internship confirmed where my passion lies, which is working with dolphins.