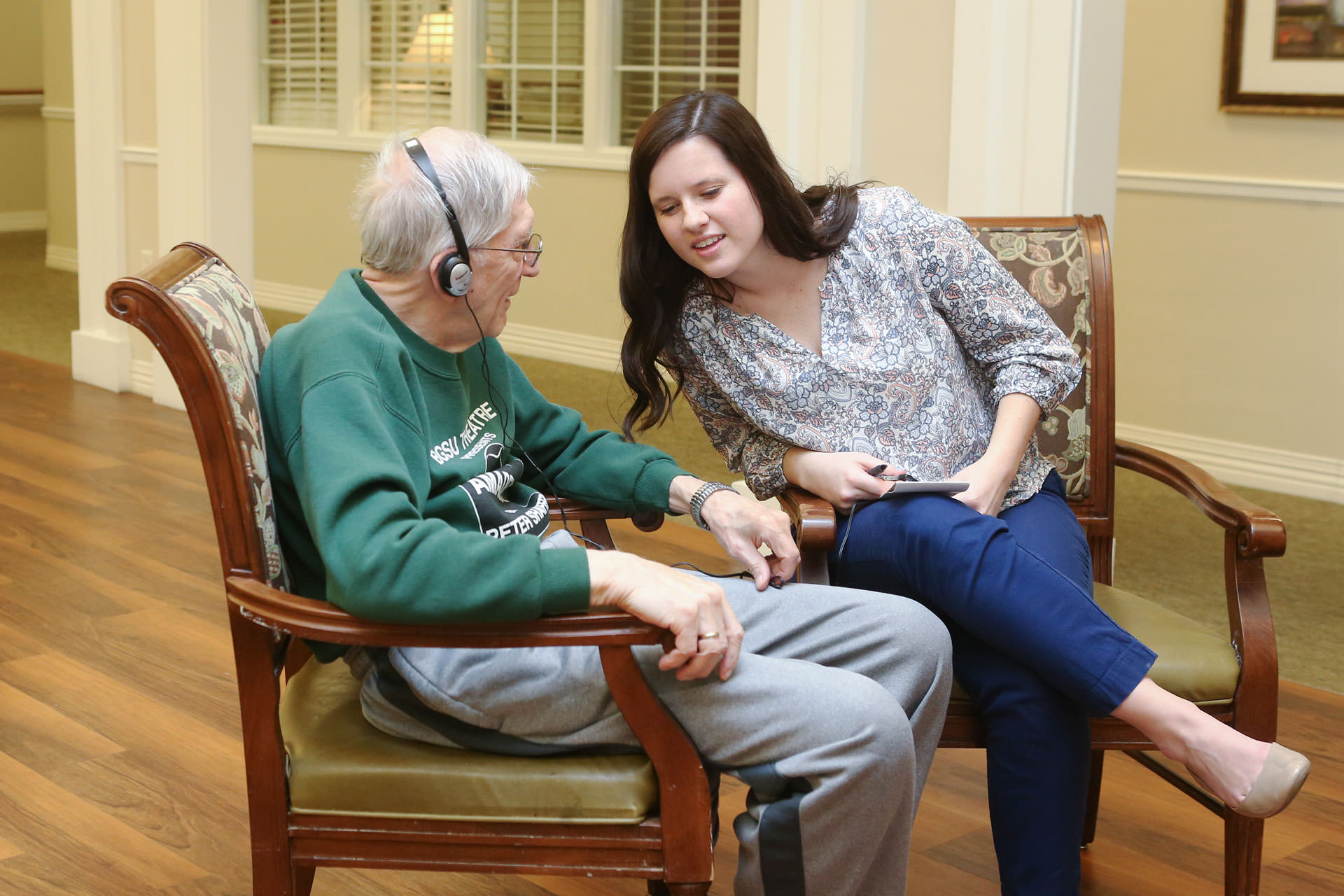 Allison Ehmen was just a child when her grandmother had a debilitating stroke.

That traumatic event ultimately shaped her childhood and the adult she has become as she graduates from the BGSU College of Health and Human Services gerontology program with a 4.0 grade-point average.

“When I was 6 years old, my grandmother had a massive stroke that paralyzed the right side of her body,” said Ehmen, a recipient of the President’s Award for Academic Achievement at commencement. “This tragedy introduced me to therapeutic settings at an early age. I was able to attend occupational, physical and speech therapy alongside her and my mother, the primary caregiver. I witnessed the significant impacts of intervention and found that occupational therapy captured my interest.”

The occupational therapist provided the equipment and techniques in order for Ehmen’s grandmother to relearn activities of daily living. Her grandmother’s confidence and quality of life drastically increased as she regained independence. Ehmen and her mother would help her grandmother with eating, showering and dressing just about every day.

“I was involved in every bit of that, which is a lot more hands-on than a lot of people are with their grandparents,” said Ehmen, who grew up in Carpentersville, Ill., a northwest suburb of Chicago. “I became part of making sure my grandmother continued to use her affected side for writing, reaching and other therapeutic activities. From there, I saw a difference in my grandma after the therapy.”

Ehmen said working with older adults is natural for her because she had so much interaction with them as a child.

“I just had a lot of involvement with older adults as well as going to social events — like I always went to bingo, or different potlucks, Christmas and social events. I was always very involved, so I became very comfortable with them,” she said. “That’s who I hung out with a lot in my childhood.”

“A lot of people when they have strokes, they do go into a nursing home right away or some type of assisted living,” Ehmen said. “With the help of my mom and me, my grandmother was able to live in her home. With my involvement, I felt like I was really helping my grandma increase her quality of life.”

While at BGSU, Ehmen was active in the Gerontology Student Association, serving two terms as vice president; worked as a math and statistics tutor with the Learning Commons starting her freshman year; and was a peer facilitator for higher-level courses, acting as a resource for student volunteers. All while maintaining a 4.0 GPA.

Ehmen just completed her practicum at Brookdale senior living facility in Bowling Green in which she logged 440 hours. She worked with the center’s program coordinator to establish a personalized music therapy program for residents with cognitive impairment as part of her practicum.

“I love BGSU,” Ehmen said. “I think what totally exceeded my expectations was the faculty. I had very strong relationships with my professors and I think that made a huge difference not just for academic reasons, but also for my mental well-being.”

“When people find out that I teach gerontology, I’m always asked, ‘Are there good students graduating who can take care of the aging population?’” said Dr. Wendy Watson, coordinator of the gerontology program. “I am pleased that I can answer yes due to outstanding students like Allison Ehmen. Not only is she a stellar student, but she also has a heart for working with older adults. I am proud to have her as a representative of our program.”

“I want to mostly work with people with neurological trauma such as a stroke or even a car accident or an asthma attack,” she said. “Some people think with strokes that they’re never going to go back to normal, but with the therapy we have today and the technology and research continuing to develop, the things you can do are just amazing. You’ve got to have hope, and I think therapists bring hope to people.”

Even though caring for her grandmother occupied most of her adolescence, Ehmen said she doesn’t have any regrets.

“I’m very thankful for the experience,” she said. “Even though it was a lot of my childhood, I think it made me who I am. I had a great relationship with her. My grandma did so much for my mom growing up, and even me as a grandchild, and so you give back.”