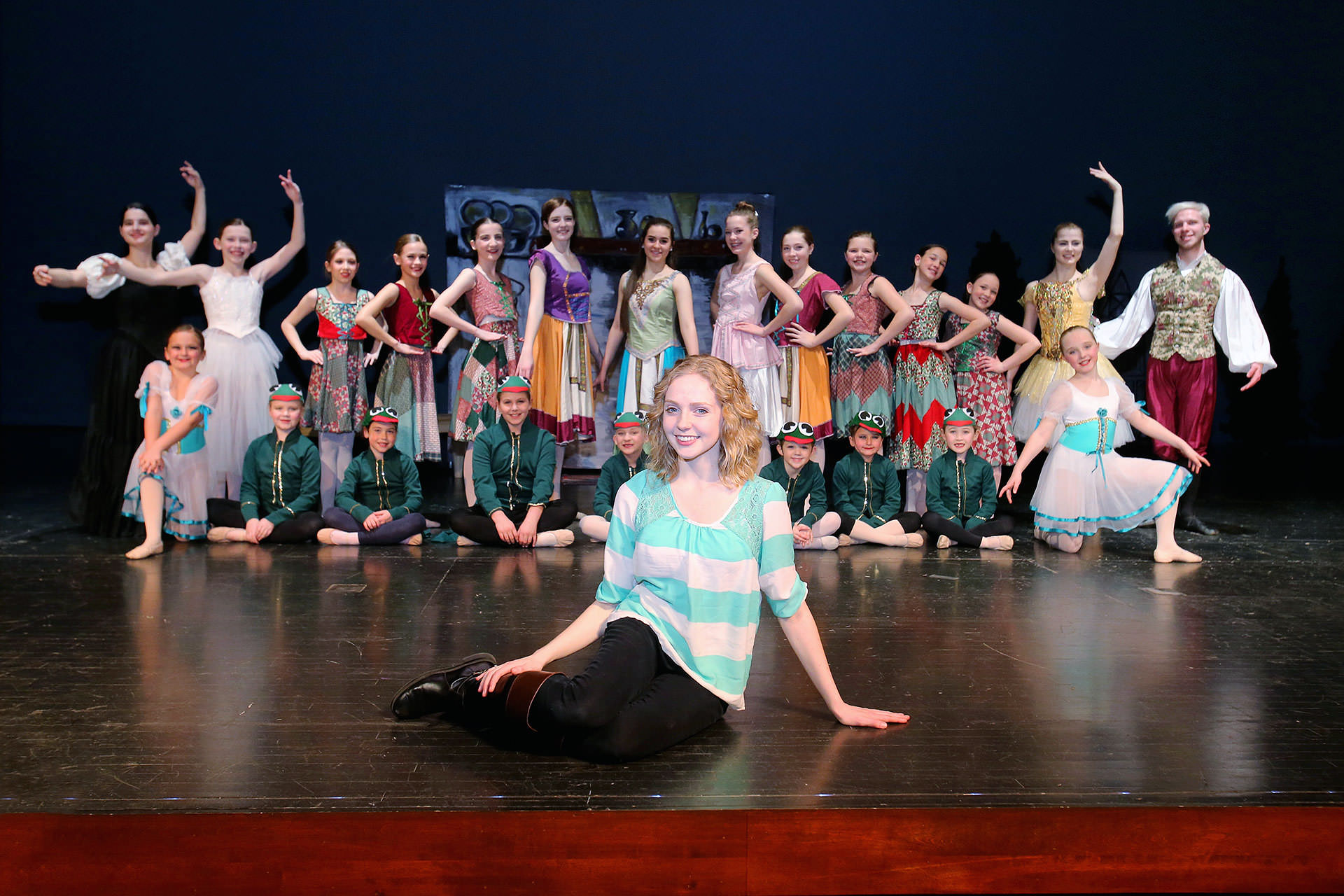 A love of music, teaching

Even though she’s just 22, Sophia Schmitz has a long history with Bowling Green State University.

Schmitz’s first chapter began as a 3-year-old when she performed her first recital at BGSU with a cardboard violin. She was first taught by Dr. Mary Natvig, professor of musicology and assistant dean.

“I started violin lessons and my parents like to tell the story that at my first recital I put my violin in playing position, then rest position and I took a bow — and that’s what I did for my first recital,” said Schmitz, an Honors student from the College of Musical Arts. “That’s usually how young violin students start, but I’ve obviously progressed since then.”

She certainly has, and Schmitz acknowledges BGSU’s role in her progressions.

“I looked at other colleges and I never thought I’d end up at Bowling Green just because I wanted to go somewhere further away from home,” said Schmitz, who was homeschooled in Perrysburg. “But I realized that the professors and the programs at BGSU were what I really needed. So, I’m still here, and I’ll be going here for my masters as well.”

Schmitz, a violin performance major and an entrepreneurship minor, kept herself busy during her time at BGSU. She opened her own music and ballet studio in Bowling Green, the Black Swamp Fine Arts School. Her Honors senior project, a fully staged ballet, was presented in April at the Bowling Green Middle School performing arts center. Plus, Schmitz also was one of the Hatchlings in April.

Schmitz said it was sometime during her sophomore year that she decided to look for a minor that ended up being a career eye-opener.

“I had always been very opposed to business just because I thought that meant sitting behind a desk in an office all of your life,” said Schmitz, who had heard plenty of good things about Hamilton Endowed Professor of Entrepreneurship Gene Poor. “So, I took his class Introduction to Entrepreneurship, and I absolutely loved it. It got my creativity going and kind of spurred my business mind a little bit. And through that, along with my training in music and entrepreneurship, I’ve been able to be successful at BGSU. The entrepreneurship program and the music program together have been really impactful for me.”

"I realized that the professors and the programs at BGSU were what I really needed. So, I’m still here, and I’ll be going here for my masters as well.”

Schmitz credited her entrepreneurship classes as being vital to helping her open The Black Swamp Fine Arts School, located at 500 Lehman Ave., in January, where she gives lessons in music and dance to students of all ages.

In order to graduate with honors, Schmitz had to complete an Honors project. She teamed up with fellow Honors student and her best friend, Lydia Dempsey, to stage a ballet. Dempsey composed the music and Schmitz choreographed the ballet. They even had a live orchestra during the ballet’s premier April 2 at the Bowling Green Middle School.

“All the music was composed by Lydia and she finished that in February, and I practiced and worked with the dancers since January after holding auditions in October,” Schmitz said.

Schmitz’s business pitch for the Hatch was called Play to Play, a music reading, theory and aural skills curriculum that is disguised as an active board game. She was offered $5,000 for 5 percent equity in her company at the Hatch.

“Play to Play teaches anyone who wants to read music how to read music and it presents the information as a game so they retain it better and so they’re more engaged with the game, especially kids,” she said. “I am thrilled to be entering into the incubation stage with the company Balance in Cleveland. They will aid me in moving Play to Play through the next stages, beginning with incubation May 16, and I will pitch to investors in July.”

Schmitz is working to request additional funding to launch the company.

Schmitz plans to get a masters in music education because teaching is her passion. She majored in violin performance so she could be the best violinist she could be and so she could teach students at a higher level.

"I’ve known Sophia Schmitz since she was 3 when she first began her violin lessons,” Natvig said. “Sophia has always been a curious, bright and engaged musician — even as a toddler. It doesn’t surprise me at all that she was so successful in the Hatch. She has run her own business with her sisters as performing musicians since high school, she’s organized and taught at her own summer day camps for the arts. She has an uncanny ability to balance and combine both her musical talents and her business acumen with ease and grace."