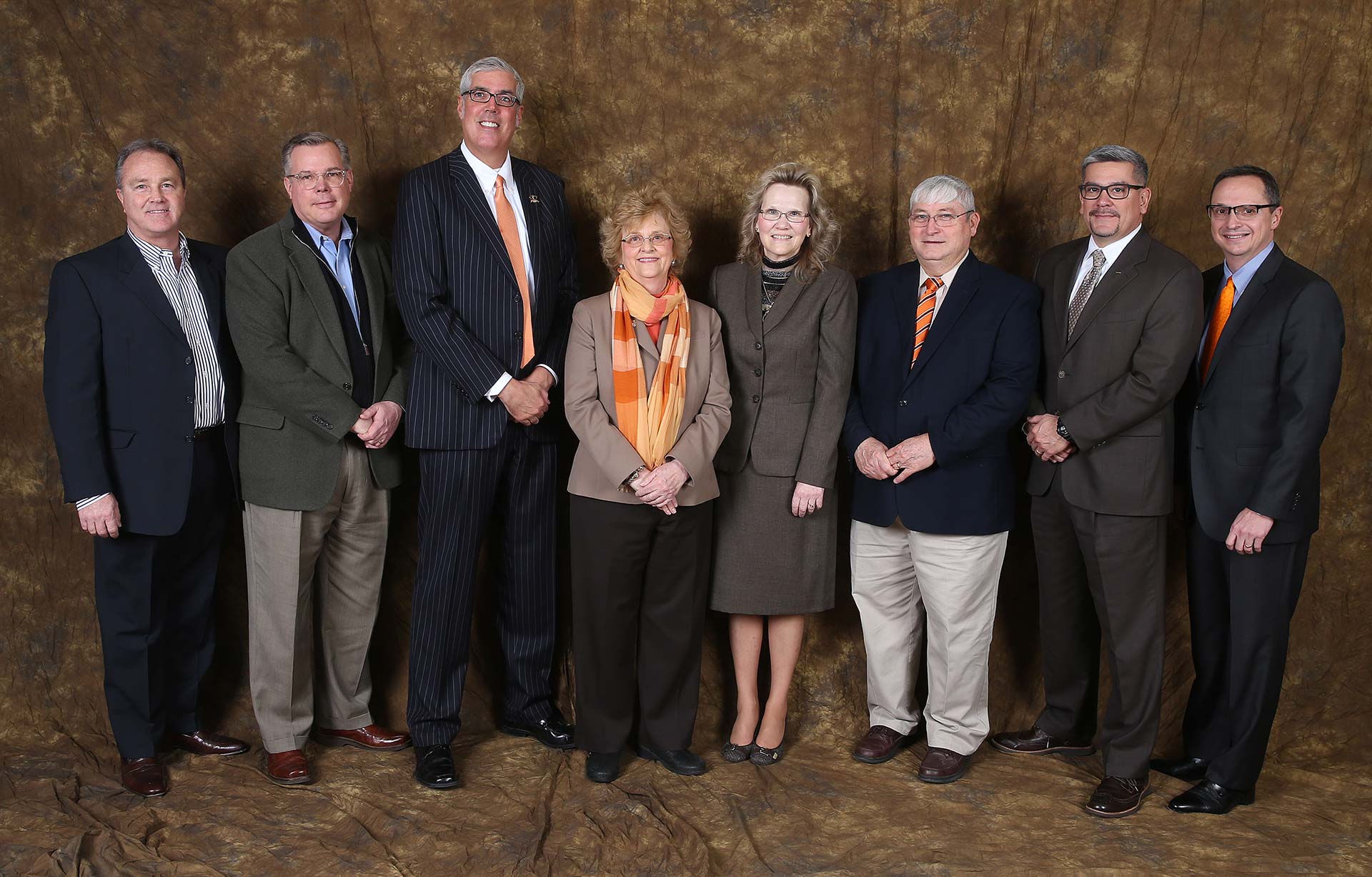 College of Arts and Sciences

In just 10 years as a vice president of marketing, division general manager, and group president at Sherwin-Williams, George Heath ’87 led the transformation of two global businesses. Heath led a struggling Product Finishes Division from just $300 million in sales to more than $1 billion, and then built a newly formed Global Finishes Group from $1.6 billion to more than $3 billion with 7,000 employees.

Along the way, Heath was awarded the prestigious Chairman’s Award at Sherwin-Williams as its President of the Year. Before joining Sherwin-Williams, Heath also helped grow another public company, PPG Industries in Pittsburgh, as well as a venture-funded start-up in Boston.

After receiving his Bachelor of Fine Arts from BGSU and an MBA from Miami University, Heath began his career as the head of sales and marketing for a family-owned business that won five consecutive Weatherhead 100 Awards as one of northeast Ohio’s fastest growing companies. Since retiring in 2015, Heath has been serving as a guest lecturer at several universities, including Clemson, SUNY Oneonta and Miami, where he also serves on the Business Advisory Council for the Farmer School of Business.

Gregory Stefani serves as the first vice president and chief operating officer of the Federal Reserve Bank of Cleveland. Appointed to the position in 2011, Stefani is the second ranking official of the bank, which serves the Fourth Federal Reserve District, comprised of Ohio, western Pennsylvania, eastern Kentucky and the northern panhandle of West Virginia. He also chairs the bank’s executive leadership team and oversees all operating and support activities in both the Cleveland headquarters and the bank’s branches in Pittsburgh and Cincinnati.

During Stefani’s more than 30-year tenure with the bank, he has held positions of increasing responsibility within the supervision and regulation, credit risk management and statistics and analysis departments. In 2007, he was appointed senior vice president and chief financial officer, and has developed expertise in strategic planning and risk management.

He is a member of the board of directors of United Way of Greater Cleveland, the board of advisors of the Commission on Economic Inclusion, and serves on the finance committee of the Greater Cleveland Food Bank. He also serves on the leadership council for the College of Business Administration at BGSU where he received a Bachelor of Science in Business Administration and Finance and an MBA. He is also a graduate of the Harvard Business School Advanced Management Program and the Graduate School of Banking at the University of Colorado.

College of Education and Human Development

Raul Fonseca serves as human resources director for the nationally recognized Aldine Independent School District in Texas. He is responsible for all aspects of personnel for 21 intermediate and middle schools in a district with a student population of 70,000. He also creates and maintains partnerships with universities nationwide.

Fonseca previously held the position of principal at Stovall Middle School from 2007-10 and was responsible for more than 1,000 students and 90 professional staff. In 2008, the campus achieved “Recognized” status in TEA accountability. In 2011, he became a member of the Human Resources Department when Aldine was awarded the Broad Prize as top urban school district in the nation. Additionally, Fonseca served as assistant principal for Curriculum and Instruction at Grantham Academy from 2000-07. He achieved TEA “Recognized” status each year from 2001-07.

College of Health and Human Services

A leader in health care education, Dr. Susan Wajert is president of Mercy College of Toledo, a health care focused college with about 1,200 students. Since assuming the presidency in 2014, she has led the college through a successful restructuring and strategic planning process.

Wajert graduated from Bowling Green State University in 1976 with a Bachelor of Science in Nursing and began her health care career as a nurse at the Medical College of Ohio. She has continued to advance professionally and academically, earning an MBA from the University of Toledo in 1986, a master’s degree in nursing leadership from Norwich University in 2009 and a Ph.D. in management and organizational behavior with an emphasis in quality management from The Union Institute in 1997.

Before joining Mercy College, she returned to Mount St. Joseph University from 2013-14 to serve as dean of health sciences. She had held other administrative positions at the institution, including program director for management of health care services, from 1991-2000.

She served as Chancellor of Trinity College of Nursing, from 2010-13. She also served as associate academic dean for program development at Defiance College from 2008-10, where she coordinated the MBA program, taught undergraduate and graduate management and marketing courses, and chaired the Allied Health Division.

Throughout her administrative career, she has continued to teach. As a current adjunct professor at the University of Maryland, she teaches an online graduate course in management. She was an Ohio Magazine 2007 Excellence in Education honoree. She has served as a member of numerous professional committees and organizations such as the Ohio Council of Nursing Deans and Directors and the United Way Women’s Leadership Council and as co-chair of the United Way Health Council, from 2011-13.

George Edge currently teaches conducting and instrumental education courses at Ohio Christian University, is the conductor of the Columbus Youth Symphonic Band at Capital University, and serves as director of bands at Upper Arlington High School. He has recently retired after his 35-year career as band director in Ohio schools, 27 of those years serving as director of bands for Grove City High School in Grove City.

Under his leadership, the Grove City High School marching and concerts bands were consistently recognized at the state and national levels for the high quality of their performances. His bands performed twice at the world-renowned Midwest Band and Orchestra Clinic in Chicago. From 1987-2014, his marching band earned more than 90 Grand Championships and performed twice at the Tournament of Roses Parade and Fiesta Bowl.

Throughout his teaching career, Edge has received numerous awards and honors, including the 2007 Ohio Teacher of the Year Award and the 2014 OMEA Music Education of the Year Award. He was also selected for membership in the prestigious American Band Director’s Association.

Kyle Rooney is the general manager of Turner Construction’s Ohio and Kentucky region, which is a five-office operation with locations in Cincinnati, Columbus, Cleveland, Toledo and Lexington.

Rooney earned a Bachelor of Science in Construction Management Technology from BGSU and has been in the construction industry, and with Turner Construction, for more than 33 years.

He is responsible for building many of the region’s most recognized buildings, including the 32-story Hilton Convention Center hotel in Cleveland, the 60-story Queen City Tower in Cincinnati, Fifth Third Field and Huntington Center in Toledo, the University of Kentucky Albert B. Chandler Hospital, and the $1 billion Wexner Medical Center in Columbus.

D. Craig Rathbun began his educational journey at Bowling Green State University, earning a bachelor’s degree in business administration in 1983. After graduating, he began his career as a part of Ernst & Whinney’s (Ernst & Young) Management Consulting Group, specializing in production and operations. He later joined his family’s business, Venture Packaging, as operations manager.

The lessons learned at a closely held corporation served as a sound basis for two other future companies. In 1999, as a partner in Encore Plastics, Rathbun, along with his siblings and a friend, grew a start-up company from seven employees to more than 300 within three manufacturing facilities. Encore manufactures paint sundry products for national retailers such as Lowe’s, Menards, Sherwin-Williams and Walmart.

In 2009, the partners financed a renewable energy company called SUREnergy. The goal was to find alternative ways to reduce Encore Plastics’ carbon footprint. Today, SUREnergy has evolved into providing grant writing, sourcing, installation, maintenance and consulting services to several national and international companies. Rathbun is currently a member of the Firelands College Alumni Board.