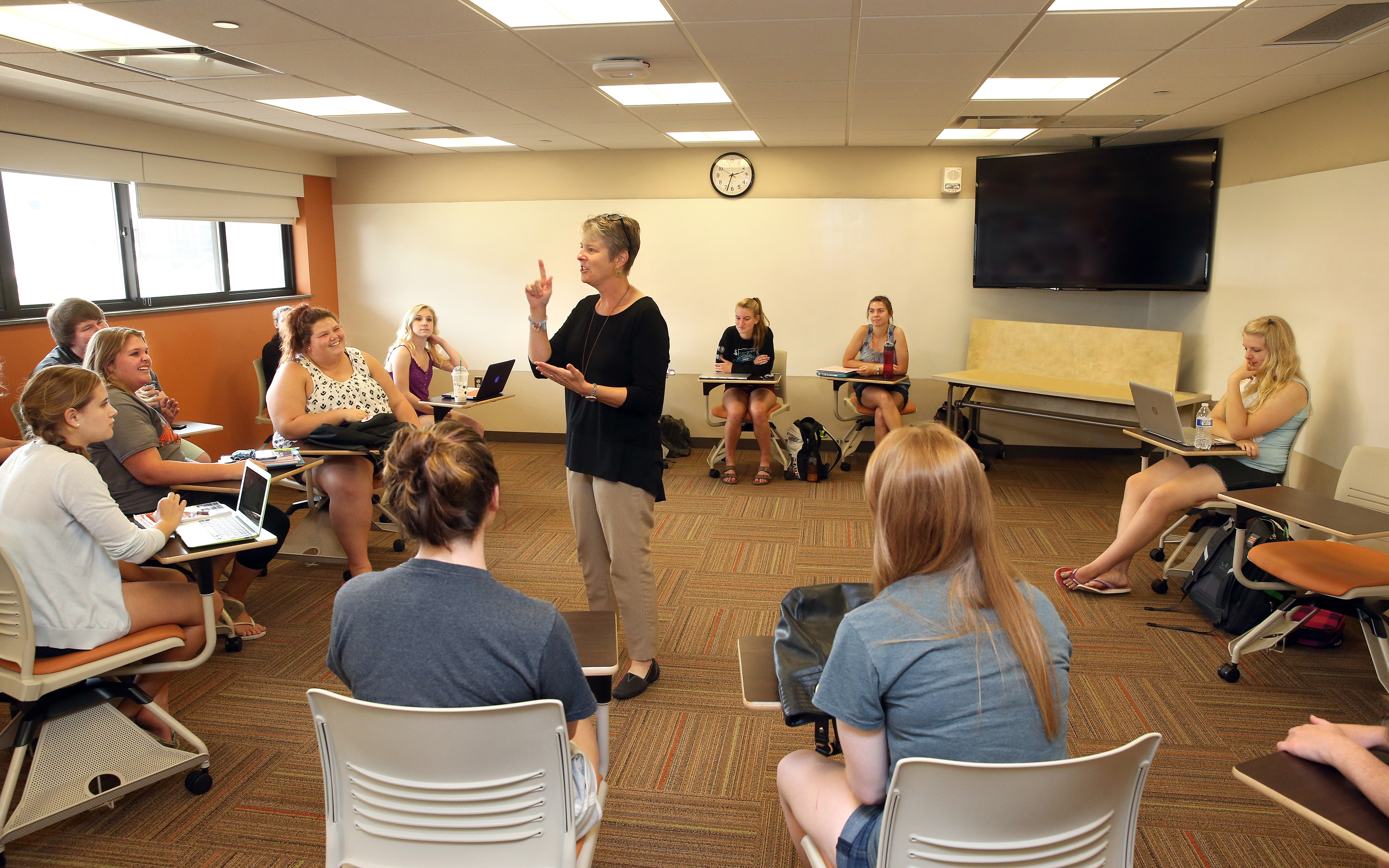 From Honors student to Honors faculty

Dawn Shinew is teaching the class that shaped her career

In 1982, the class was called Evaluating Social Controversies and 18-year-old Dawn Shinew, an honors student majoring in social studies, was one of the first students to take the course.

This fall, Shinew is an associate professor teaching the class now called Introduction to Critical Thinking.

“This class was instrumental in shaping my future. It helped me succeed academically and taught me to view the world in a more balanced, complex way. The class changed how I thought about controversial issues,” Shinew stated.

After Shinew, a native of Bowling Green, graduated from BGSU in 1986, she headed to Los Angeles to teach middle school social studies in a school with a very diverse student population and a free or reduced lunch rate of nearly 90 percent.

The lessons learned in Evaluating Social Controversies were invaluable in Shinew’s middle school classroom. During her first morning on the job, Shinew overheard two students talking in the hallway about having the “new white girl” for first period. For the first time in her life, Shinew was in the minority.

She used parts of the textbook “Asking the Right Questions,” authored by retired BGSU faculty M. Neil Browne and Stuart M. Keeley, to teach her students to bridge the gap between accepting information and the greater challenge of critical analysis. The text teaches how to think critically by exploring the components of arguments—analyzing the issues, conclusions, reasons, evidence, assumptions and language.

As a middle school teacher, Shinew provided every day examples to help her students understand why it was important to think critically. She recorded “Nightline” and dissected controversial issues in her classes. Shinew and her students analyzed political ads and television commercials. Her goal was to help the middle school students in her classes think more critically about the world in which they lived so they could make informed decisions.

After seven years teaching in Los Angeles, Shinew returned to BGSU to pursue her Master’s in Curriculum and Instruction and then headed to Ohio State University to earn her Ph.D. in Social Studies and Global Education.

Shinew spent 14 years at Washington State University (WSU) teaching social studies methods and graduate research methods and was named department chair in 2009. After 14 years at WSU, she returned to BGSU as the director of the School of Teaching and Learning.

“When Simon Morgan-Russell reached out to me regarding the Introduction to Critical Thinking class, I knew I wanted to teach it,” Shinew said.

BGSU students in Shinew’s class will be asking themselves the following questions as they dissect controversial issues and study the foundations for all sides of these issues.

“It is critical to teach students to think about issues by taking them apart and thinking about things from different perspectives. The world would be boring if we all thought the same way,” Shinew said.

Shinew admits she has strong opinions and beliefs on issues, but agrees learning to be more open-minded and identifying assumptions is critical. “As a society, we don’t do a great job of cultivating discussions on controversial subjects, and my goal is to help our students move those conversations forward in a productive and positive way.”

Now, after decades of practicing what she learned as a BGSU student, Shinew has come full circle and will be teaching the course that was instrumental in shaping her career.

“What I value most about my Honors experience is that the program pushed me beyond what I thought I could do,” Shinew admitted.

"As a student, this class changed the way I saw the world and the way I thought about the information I encountered. I'm excited to provide my students with an opportunity for that same kind of experience.”