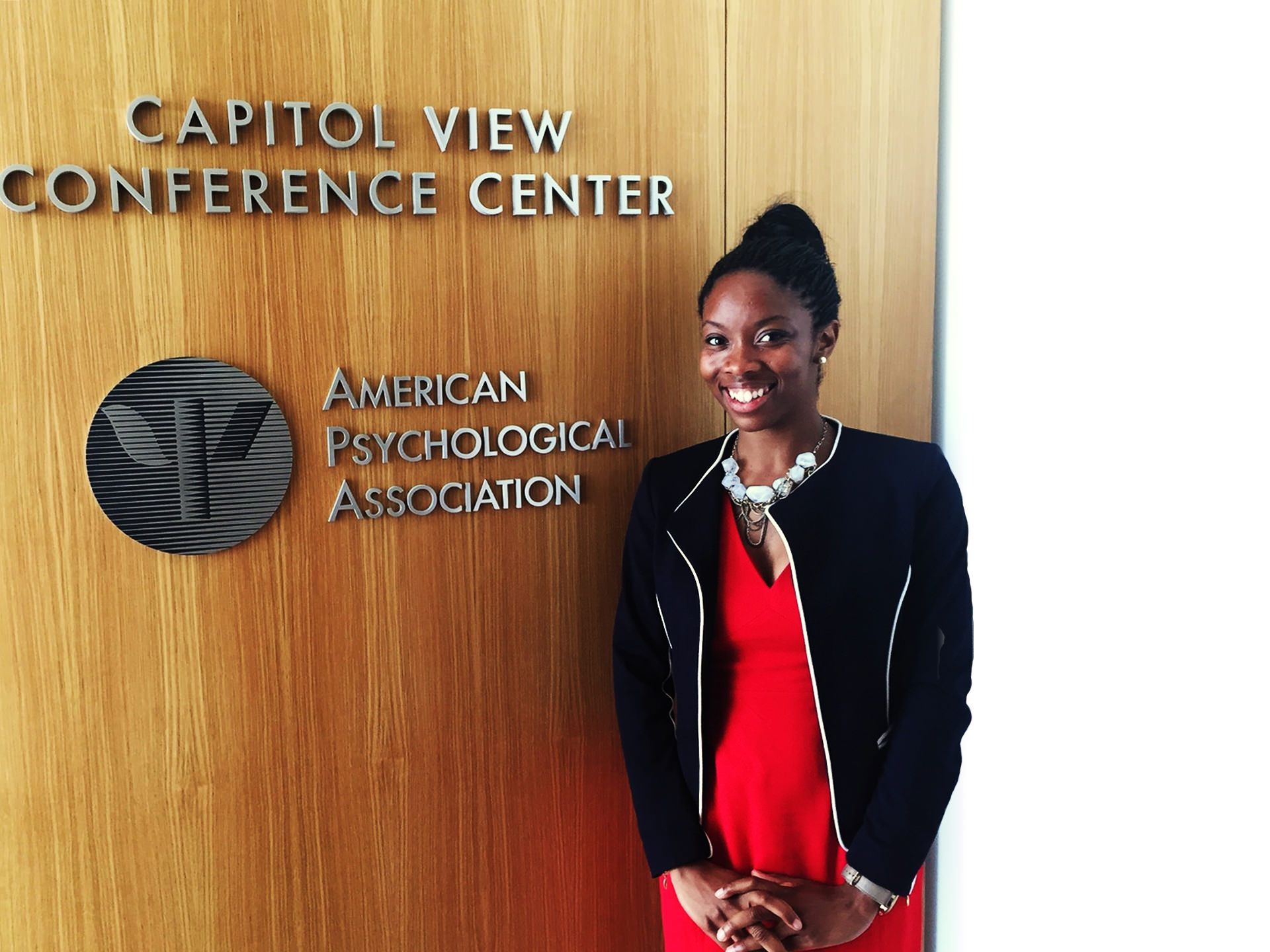 I participated in a Summer Science Fellowship 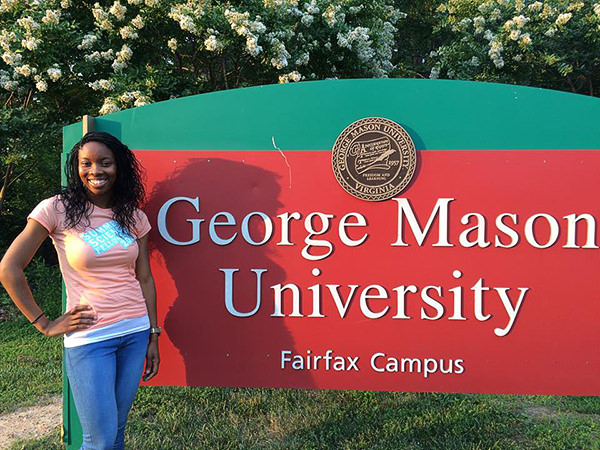 Over the summer, I was selected to participate in the Summer Science Fellowship with the American Psychological Association (APA). I stayed six weeks on George Mason University’s campus in Fairfax, Va. I was a mere metro ride outside of Washington D.C. and took full advantage of this! Not only was I challenged as a researcher and future graduate student, I was given many opportunities to think outside the realm of the career path of the “expected” psych students, and also afforded the opportunity to explore a culturally rich area.

I worked in a Human Factors research lab under the direction of Deborah Boehm-Davis—a gifted, well-accomplished woman with tons of insight and perspective. She was very fostering and I was pleased to know she selected me, specifically. My day to day required a lot of reading and preparation for understanding the research taking place in her lab. When I wasn’t reading, I helped out with data collection.

The lab focused on the effects of interruptions on qualitative domains. Typically, interruptions are measured through quantitative measures such as time and error, however, this is generally made for procedural tasks and doesn’t show the detriment to things such as writing quality, creativity, or reading comprehension. All three of those domains were shown to be negatively affected when a secondary task was introduced.

George Mason University has a ton of research happening in areas I found to be very exciting! I took full advantage of visiting other labs and talking to them about their research, even participating in their studies to get a firsthand look. 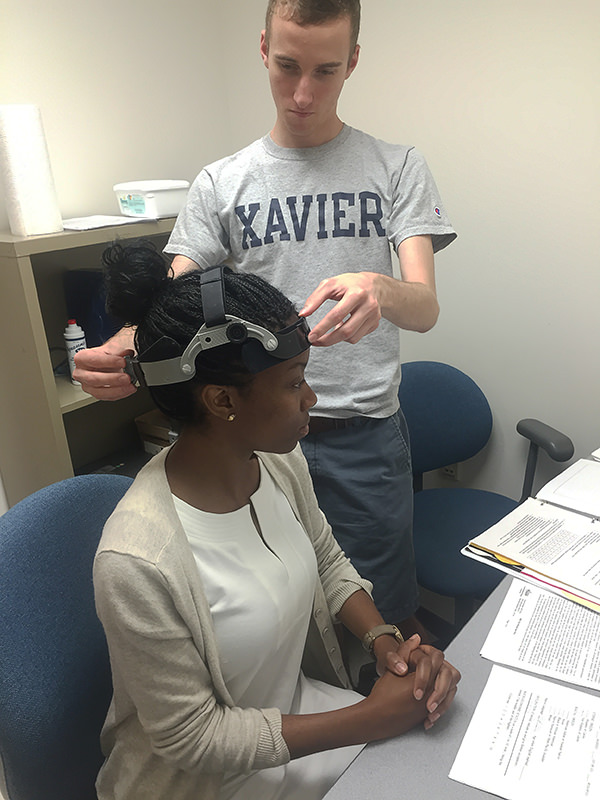 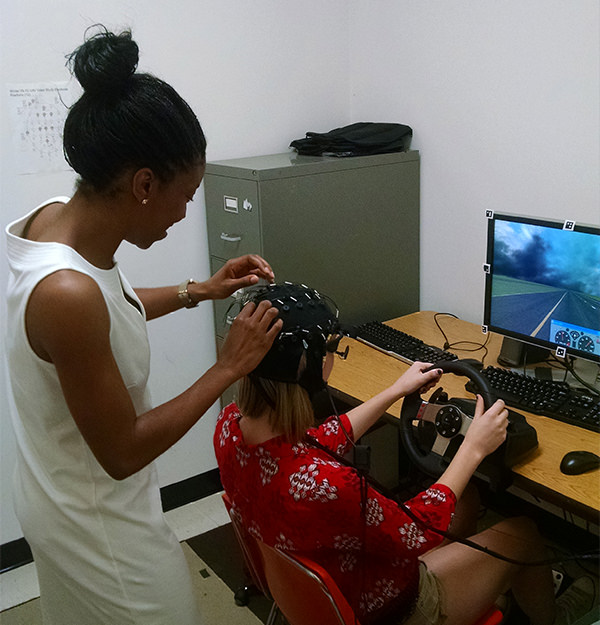 My favorite lab was a human factors-neuroscience lab. Their study looked at when humans considered an entity to have a mind/intent. This was done by participant’s classifying a spectrum of faces—from 100 percent human to 100 percent robot while in an a type of MRI. Afterwards, the data from the scans was analyzed to see when regions of the brain associated with theory of mind/intentionality were activated! The middle images from the robot-human spectrum that were an equal combination of human and robot features produced the least activation in these areas, and instead often activated areas associated with feelings of discomfort or disgust!

The APA provided us with many resources and great connections to help us get well prepared for career in psychological science and other domains. We met Capitol Hill staffers, industry researchers, and academic researchers across many areas of psychology. I was even introduced to a researcher with similar interests to mine who works for Google!

Despite this being an intensive research fellowship, we were encouraged to take full advantage of the culture and opportunities the area had to offer. We were fortunate to be taken to dinner with our APA mentors, given allowances to participate in events of our choosing, and stay a night in D.C. over the 4th of July weekend!

My fellows and I also enjoyed exploring on our own on the weekends. We went to music shows, explored the Smithsonian museums, visited gardens, tried foods local to the area and overall became a little “DC.” There was so much to offer, and despite our dedication to exploring the area, there was still tons of things left to be done!

My summer experience can’t be summed up into a synopsis—it was so intricate and exciting. I felt challenged and grew academically and professionally in what felt like almost overnight. I became more cultured and open-minded. I found a new area of the country that I could potentially call home. My passions were further developed and I was given resources to help me get to where I want to be in life. I made great connections, acquaintances, and lifelong friends.  I even have a few collaborative research opportunities! Overall, I don’t think I could have asked for a better experience. I only wish it didn’t have to end!