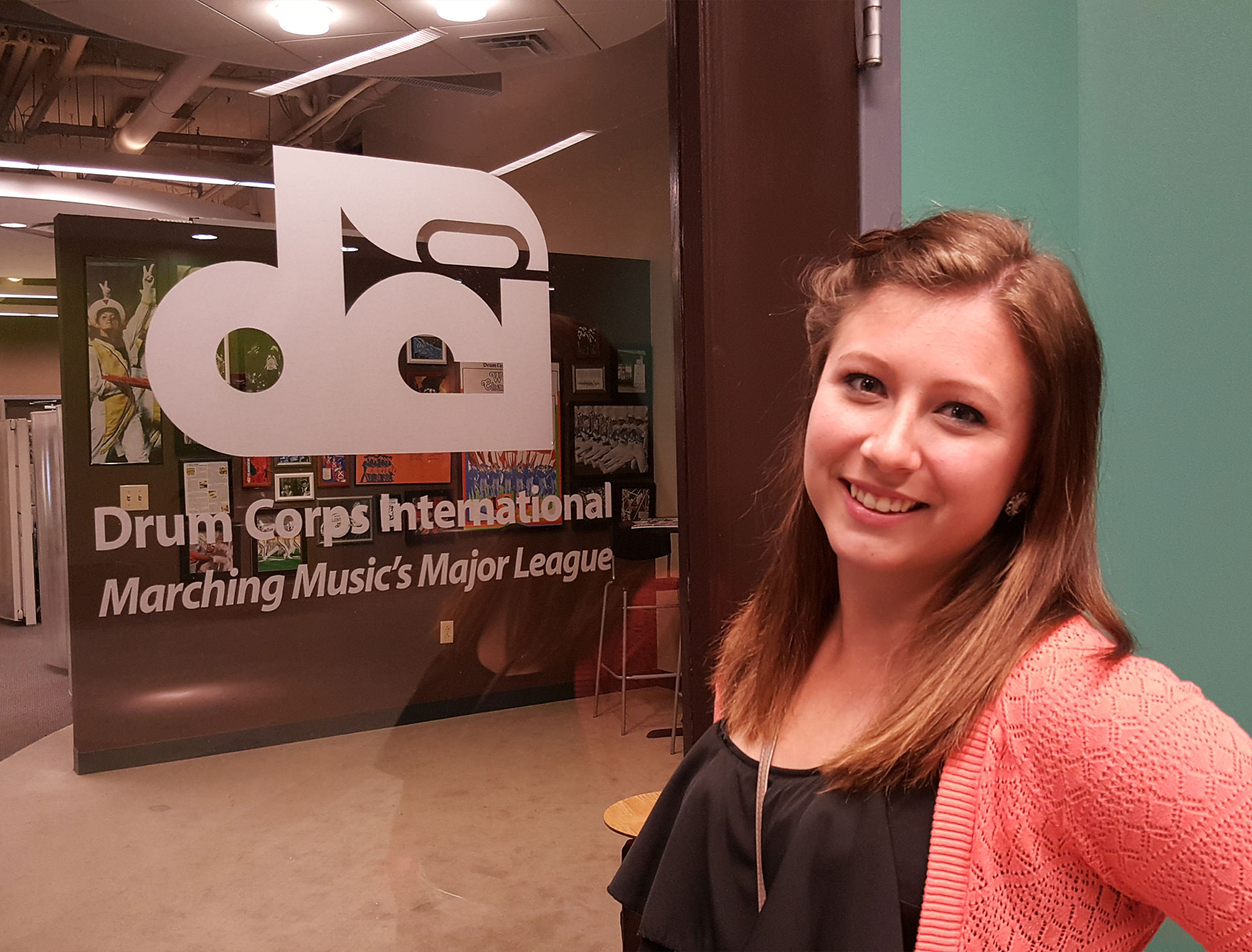 I interned with Drum Corps International 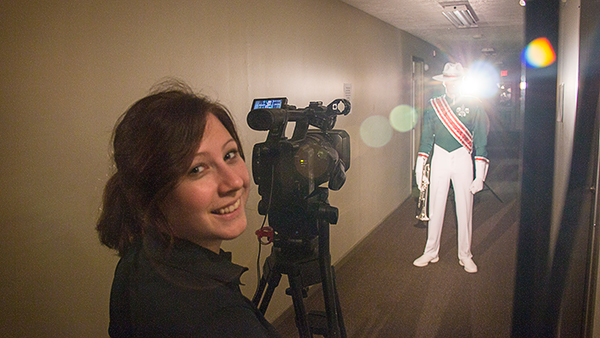 My internship with Drum Corps International allowed me to have a summer filled with traveling, filming and editing, every telecommunications student’s dream!

For those who are unaware of what drum corps is, drum corps is marching music’s major league! In other words, a drum corps is a large group of marching musicians that play brass and percussion instruments. They also include a color guard, which helps accentuate their visual representation of their shows through the act of dancing, spinning flags, rifles and sabers. 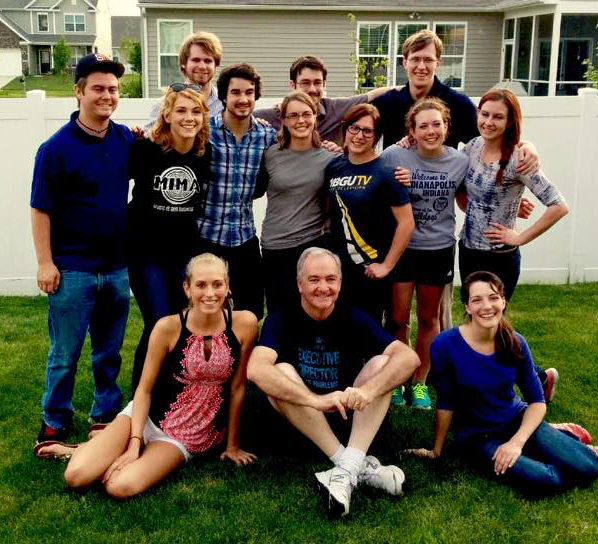 These groups tend to start learning their 10 minute show in May and spend the months of June and July traveling around the United States, performing almost every single night for a live audience. They also have a World Finals competition the first week of August at Lucas Oil Stadium in Indianapolis where they battle for the World Champion Title.

Now, my job throughout the summer called for me to move to Indianapolis with the rest of the interns. The other video intern and I helped launch their new website by transferring over videos to the new system. However, this type of office work did not last long. Starting at the beginning of June we worked on promotional and teaser videos to get fans ready for the start of the season. The “Tour Premiere” kicked off on June 17th and from that day forward we were exceptionally busy.

By “busy” I mean we traveled across the country filming the drum corps shows. We had a three-camera operation set-up for their live stream, which allowed fans across the country to subscribe and watch these shows from their own home. 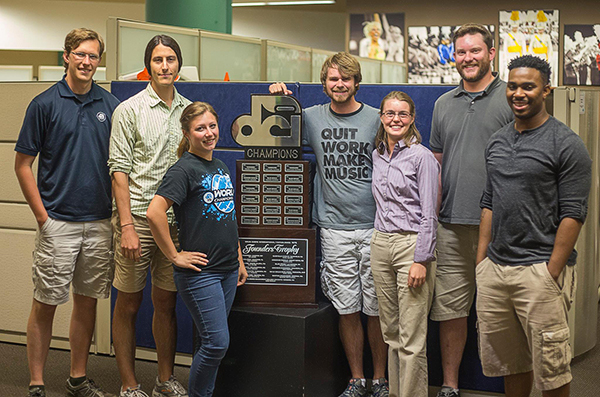 Not only did we contribute to the live stream, we also took turns at each show being what we called “gopher” cam. When you were the “gopher,” your job was to seek out interesting stories and turn them into a video for the DCI YouTube page. These stories could range anywhere from a short warm-up video, to a recap of the days events, or even an interview with a new corps. This position is really where your creativity shined. You were in complete control of how this video was made from start to finish. You had to think about the story itself, what interviews you needed, shots of the show that you needed, lighting, audio quality, and then editing it all together afterwards.

This internship was incredibly amazing. Before I had only been on four flights and to three or four states. On this internship alone I flew a whopping 10 times and visited nine new states. This included my first ever trip to the west coast, all of which occurred within a two month period.

Traveling aside, I feel that I’ve learned a lot about the different aspects of my field that will help me be successful in my career. The biggest things that I will be taking away from this internship are the ability to plan before a shoot, whether that be set-up for the live stream or my individual videos, the ability to edit with Adobe Premiere, a first for me, and the ability to create valuable work within a small time frame. There were many times that our projects needed to be on the YouTube page within a week, but more often than not they had a shelf life of only a few days, or during finals week, 24-hours.

I am very thankful for the opportunity to intern at an extraordinary organization. Not only for the job experience, but also for the people. The full-time staff really made you feel accepted, and the other interns made you feel like you were a part of slightly dysfunctional, yet heart-warming family. These are the memories and experience that I hope to carry with me through my career, and the rest of my life.