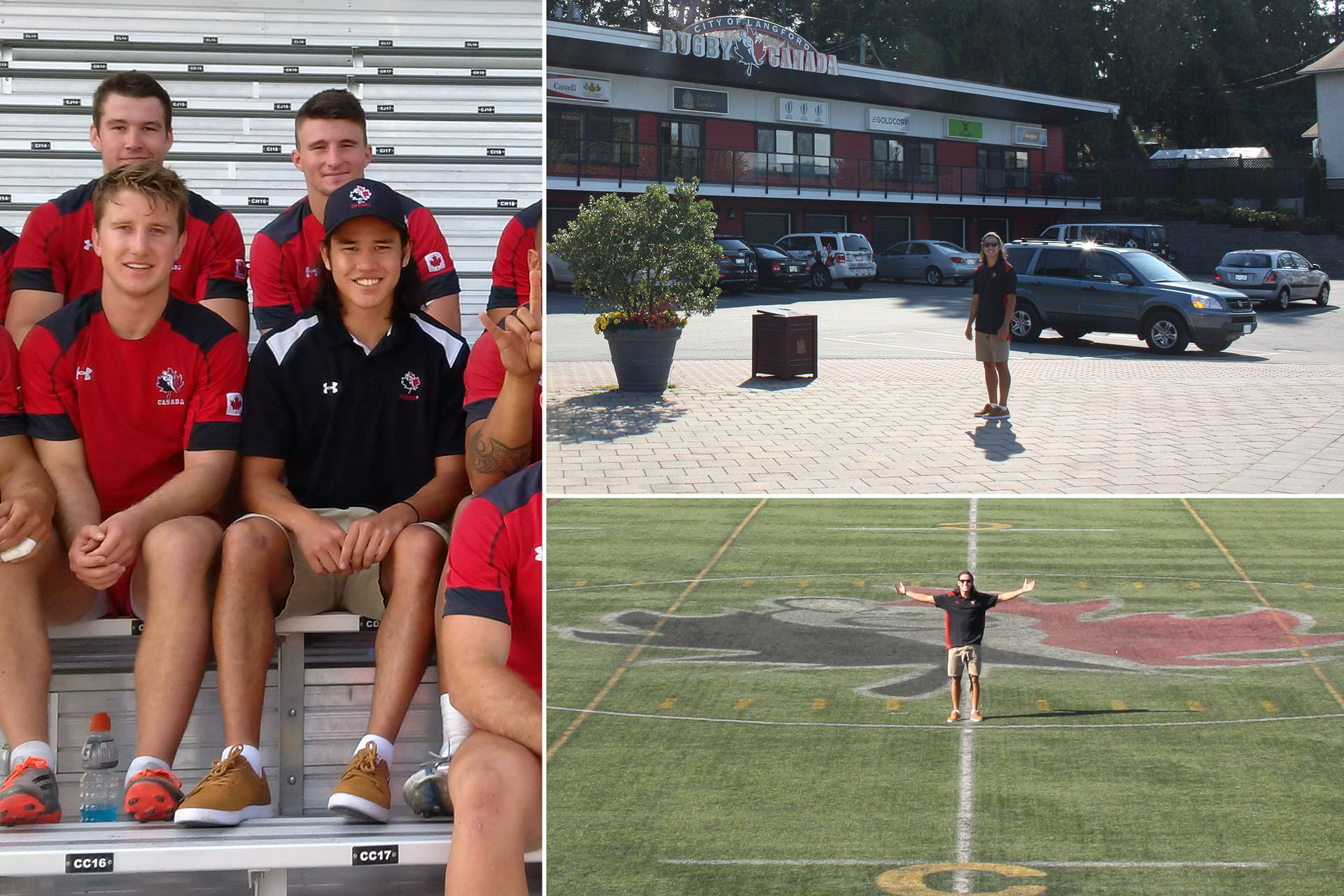 I interned at Rugby Canada

After finishing my junior year as an economics major at BGSU, I was fortunate enough to intern at Rugby Canada as the National Programs Assistant for the national men's 7's and 15's rugby teams. Before I go further into detail about my summer experience, let me give you a little backstory on myself. I was born and raised in Ontario, Canada, and have always been involved in athletics. In my first year of high school, I was introduced to the game of rugby. I have now been playing rugby for six years, and it has taken me to many different places - Wales, England, Ireland, Chicago, San Francisco, Texas, and Charlotte. If it were not for rugby, I may never have traveled to those places.

Rugby is a growing sport in Canada and is most popular on the west coast in the province of British Columbia (BC). All the best Canadian rugby players find their way to Victoria, B.C., to train at the Centre of Excellence, which is the men's national rugby team's training facility and where all Rugby Canada Operations take place.

I have always dreamed of visiting Victoria, and this summer I finally got my chance. After my final exam, I found myself packing up to head to the place of my dreams to start my internship. As my plane descended, I was mesmerized by how beautiful the scenery was. I had seen pictures of British Columbia, and knew it was going to be beautiful, but there is no amount of research that would prepare me for the ocean and mountain view.

When I arrived for my first day on the job, I was able to meet my peers who I would be working with for the next couple of months. There were many different divisions in the office: coaching, management, event planning, medical, physical therapy, strength and conditioning, referee development, community development, scouting, nutrition, and analysis. The atmosphere was outstanding­­.  Everything focused around the players and the future development of rugby in Canada.

National Programs Assistant is a title that seems very broad, which, it turns out, was true. Although there were many different departments within the office, the staff was very small and I found myself helping out in a variety of departments.

One of my daily tasks was non-competition analysis where I would film team practices and put the video through a process called “coding.” This is a process in which I would upload practice content videos that I had divided into categories to make review much easier. For example, if players wanted to look at how their tackling was in practice, they would go into the file that I provided for them and look at the tackling section.

I was also given the opportunity to act as head analyst for the exhibition matches between Canada and Hong Kong prior to the Pan Am Games. In this role I coded the games and ran review sessions in between games.

Another role I was responsible for was equipment management. Before practices I would make sure the uniforms were ready, as well as all on field gear that may be used, such as balls, tackle pads and flags. Although this may not sound like an exciting part of my job, it gave me an inside look at how precise the equipment needed to be. Each ball needed to be perfectly inflated to have proper consistency in throwing and kicking. Everything must be in order to keep the players and coaches’ day on track as each day is scheduled from start to finish.

During my internship, the teams were constantly preparing for different competitions, and I was fortunate enough to experience some very exciting events. In the first half of my internship I worked closely with the Men’s 7s Rugby Program. This team was preparing for not only the NACRA (North American and Caribbean Rugby Association) tournament, which was an Olympic qualifier, but also the Pan Am Games. I was able to fly to Toronto and experience first hand the atmosphere of the games and the overwhelming reception the players experienced during the competition. Both the Canadian Men's and Women's rugby teams won gold medals at the Pan Am games, which made the trip to Toronto all the more special for me. 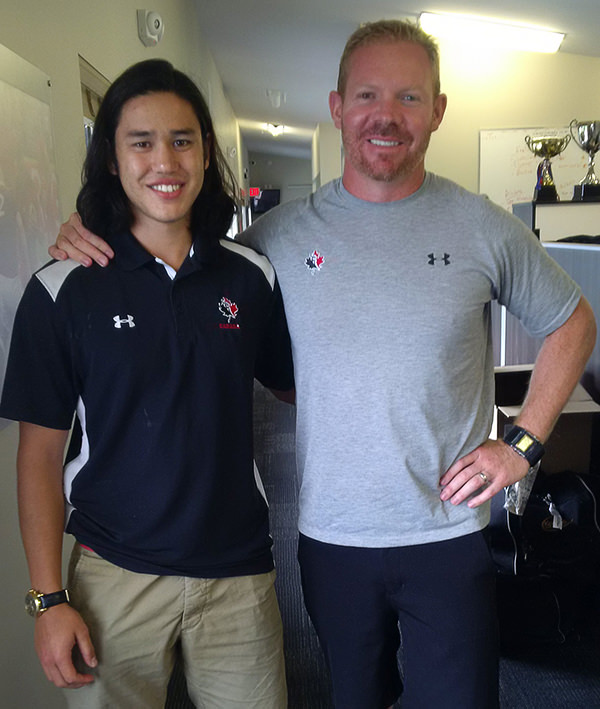 Once the 7s season was over, I changed my focus to the men's 15's team, who were beginning their preparation for the Rugby World Cup in England. Part of the preparation was playing in the PNC (Pacific Nations Cup), which made stops in San Jose, Vancouver, and Toronto. I was able to travel with the team to both games in Vancouver. Along with my analysis duties, I worked with the event planning crew, which gave me an inside look at corporate partnerships, referee management and team logistics. Also, during the four games that were played, I worked in the sound booth as the time and scorekeeper. I corresponded directly with the referee regarding stoppage in time and scoring details.

I was lucky to have an internship in an office that has such an amazing atmosphere with people who were willing to share their knowledge with me. Not only the office staff, but the players and coaching staff as well.

Phil Mack, who is on the national team, invited me to play in a tournament he was coaching one weekend. I decided to ask for rugby advice, especially since Phil Mack and I play the same position. Not only did he give me advice, but he also offered to give me a private training session where he gave me tips and pointers.

I also was able to learn a great deal from the coaching staff. After being invited to attend team meetings by Liam Middleton, the coach of the Men's 7s programs, I learned the importance of preparedness and dedication. I was also able to have individual meetings with Liam, as well as the assistant coach and the talent ID scout, to ask questions about their rugby experience and knowledge.

On my final day as an intern, I was lucky enough to have become close enough with the coaching staff that I was invited to participate in a training session alongside the players.

My internship at Rugby Canada was a great learning experience and one that I will never forget. Not only did I learn about international rugby, but I also learned a lot about myself. I could not have wished for a better summer!