Marriage, Divorce, and the COVID-19 Pandemic in the U.S.

This Profile examines marriage and divorce in the years preceding and following the first year of the COVID-19 Pandemic. Using administrative data from the National Center for Health Statistics, and survey estimates from the U.S. Census Bureau and IPUMS-USA, we deconstruct state-level crude marriage and divorce rates (rates per 1,000 total population) and compute adjusted rates (rates per 1,000 women eligible for a marriage or a divorce) for the years 2010 through 2020. Then, using a demographic technique like that employed to quantify excess mortality, we estimate p-scores between the expected number of marriages and divorces for 2020 and the number observed. The expected 2020 marital events are based on the percent change in the respective observed number by state between 2018 and 2019. To see our other work examining these evolving trends, take a look at the following data visualizations:

Marriage and Divorce Before the Pandemic 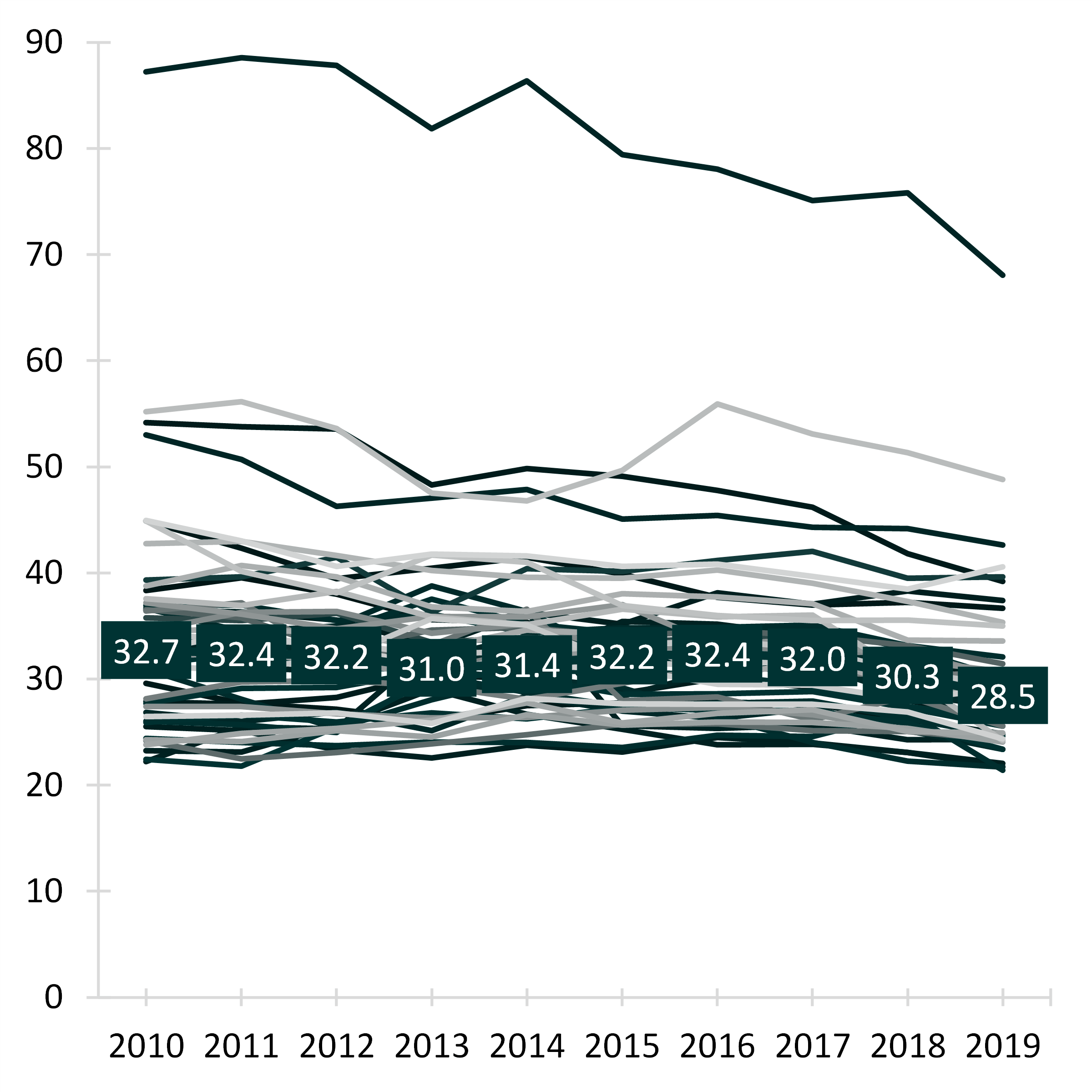 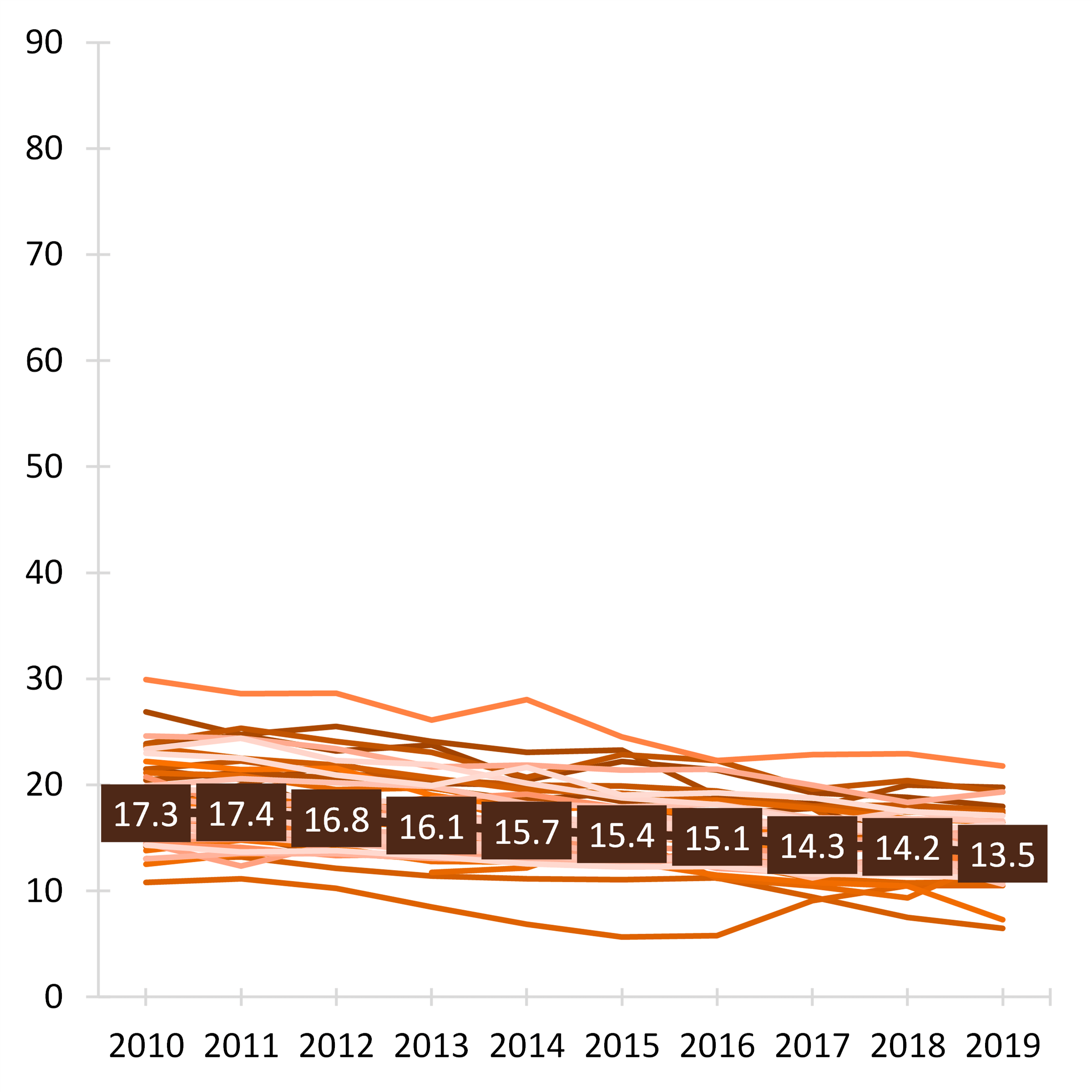 Marriages and Divorces in 2020 – What Does the Administrative Data Reveal? 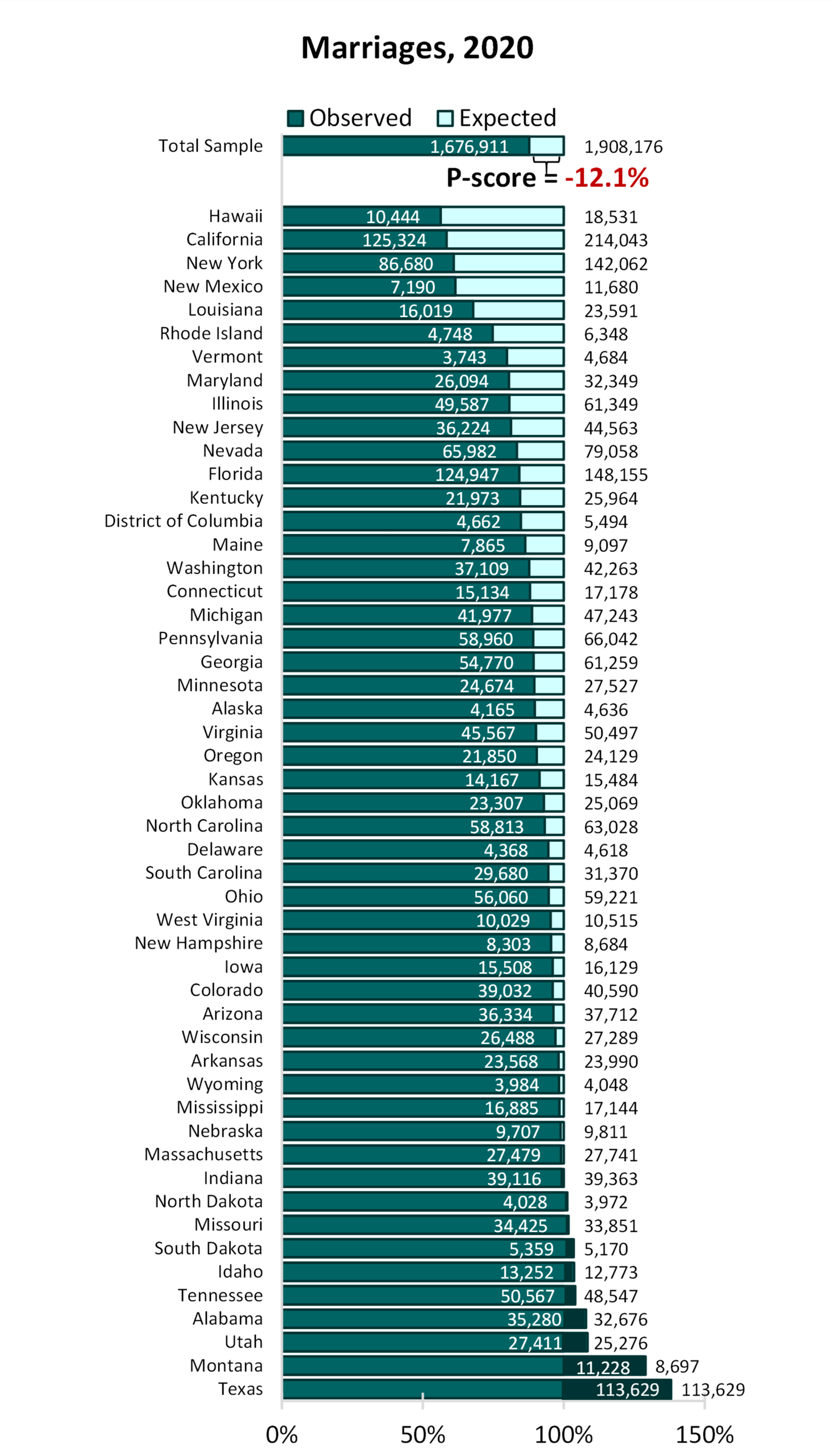 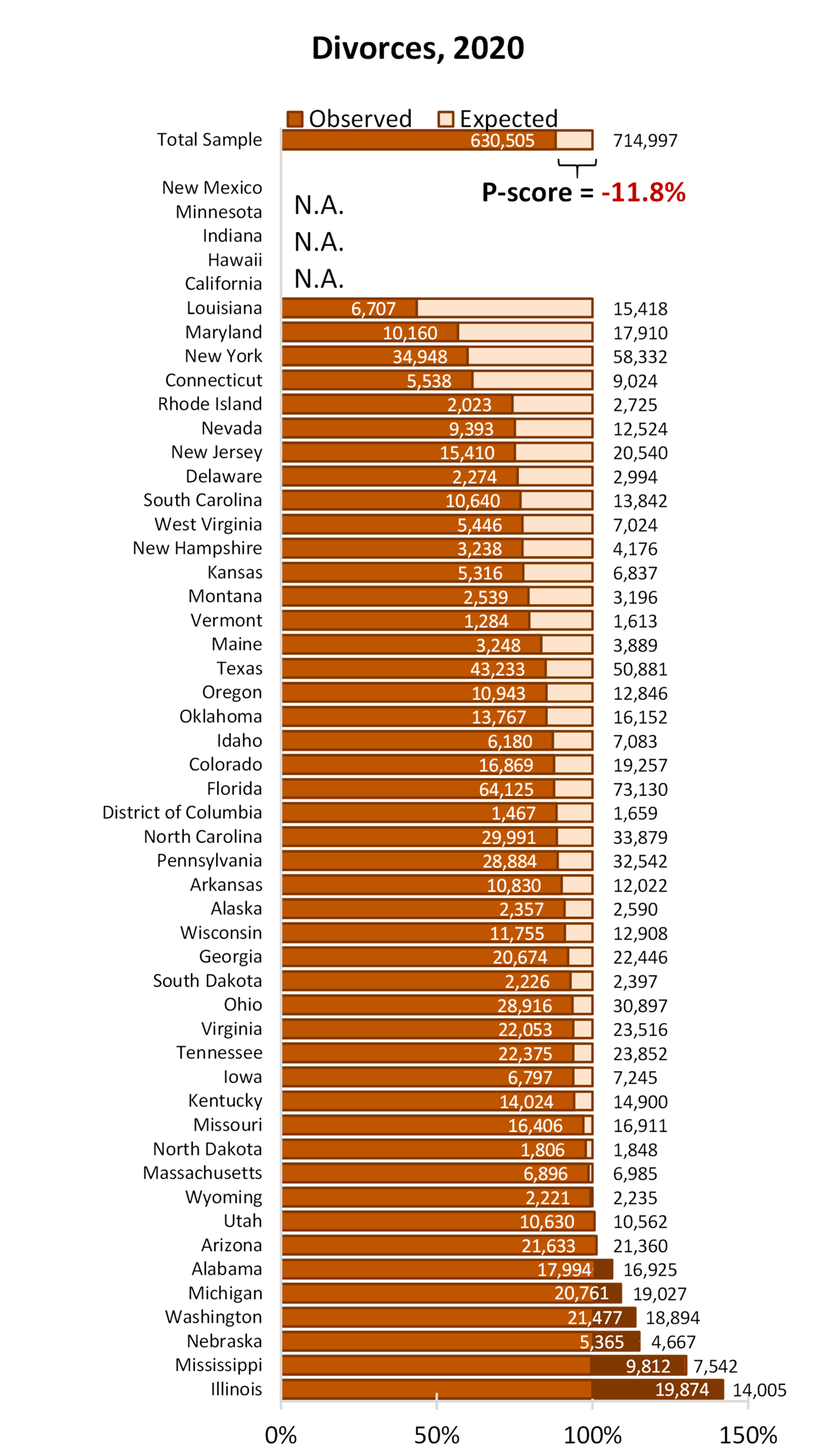