Marital behavior in the United States has shifted dramatically in the last two decades, with declines in the marriage rate and divorce rate (FP-20-21, FP-20-29) and continued growth in the median age at first marriage for both men and women (FP-21-12). While there are reports of the share of the population currently married, divorced, or widowed (FP-20-21), less is known about trends over time in the share of men and women who have experienced marriage, divorce, or widowhood during their lifetime. We report the share ‘ever’ married, divorced, or widowed for select birth cohorts covering a twenty-year time span, using data from the 2018 Survey of Income and Program Participation to update results from the Current Population Report Number, Timing, and Duration of Marriages and Divorces: 1996 (Kreider & Fields, 2001). We examine the marital experiences and disaggregate by birth cohorts, age, and gender.

Ever Remarried by Age 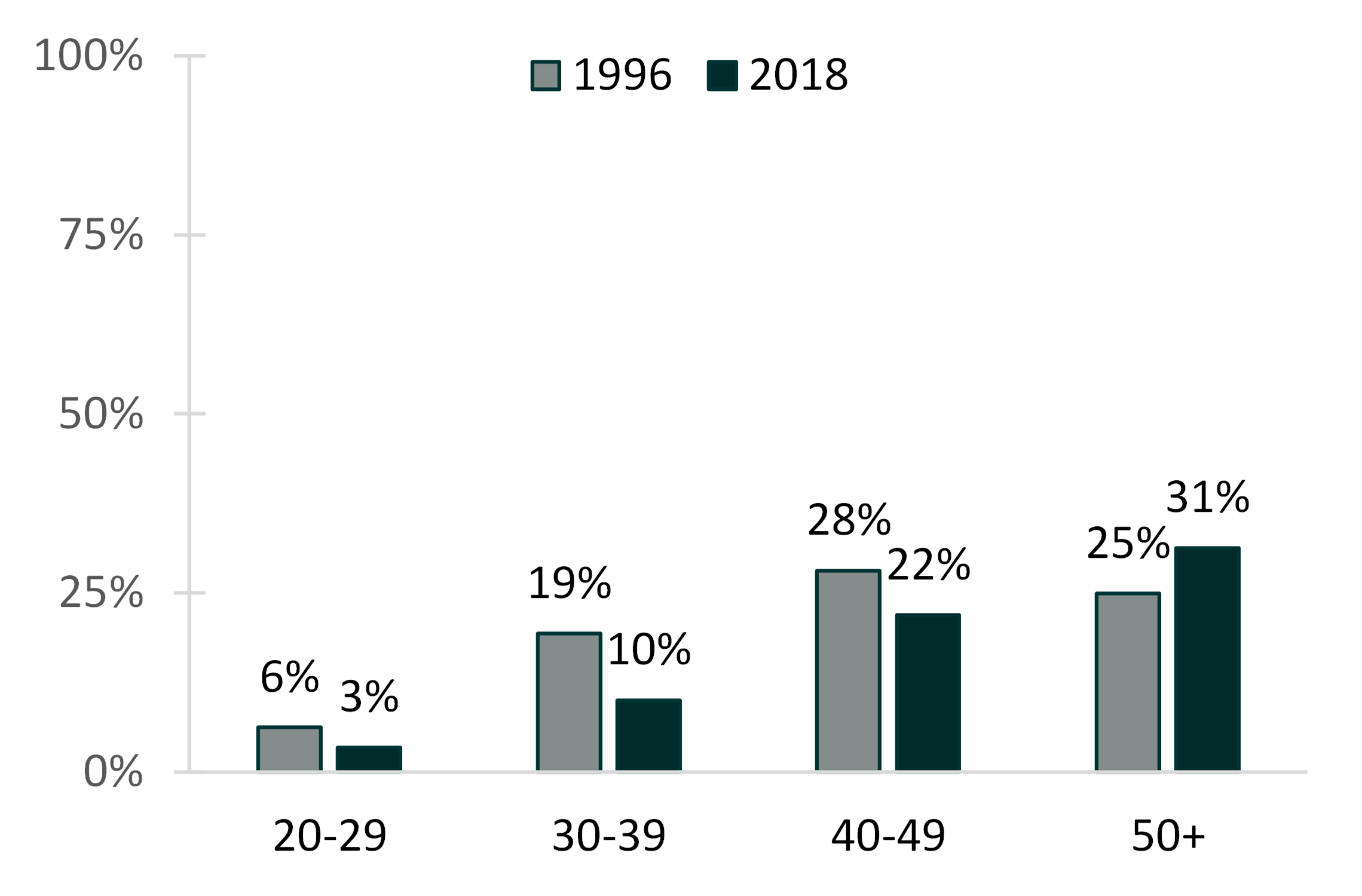 Ever Divorced by Age

Figure 3. Percentage Ever Divorced Among Ever Married Individuals by Age, 1996 & 2018 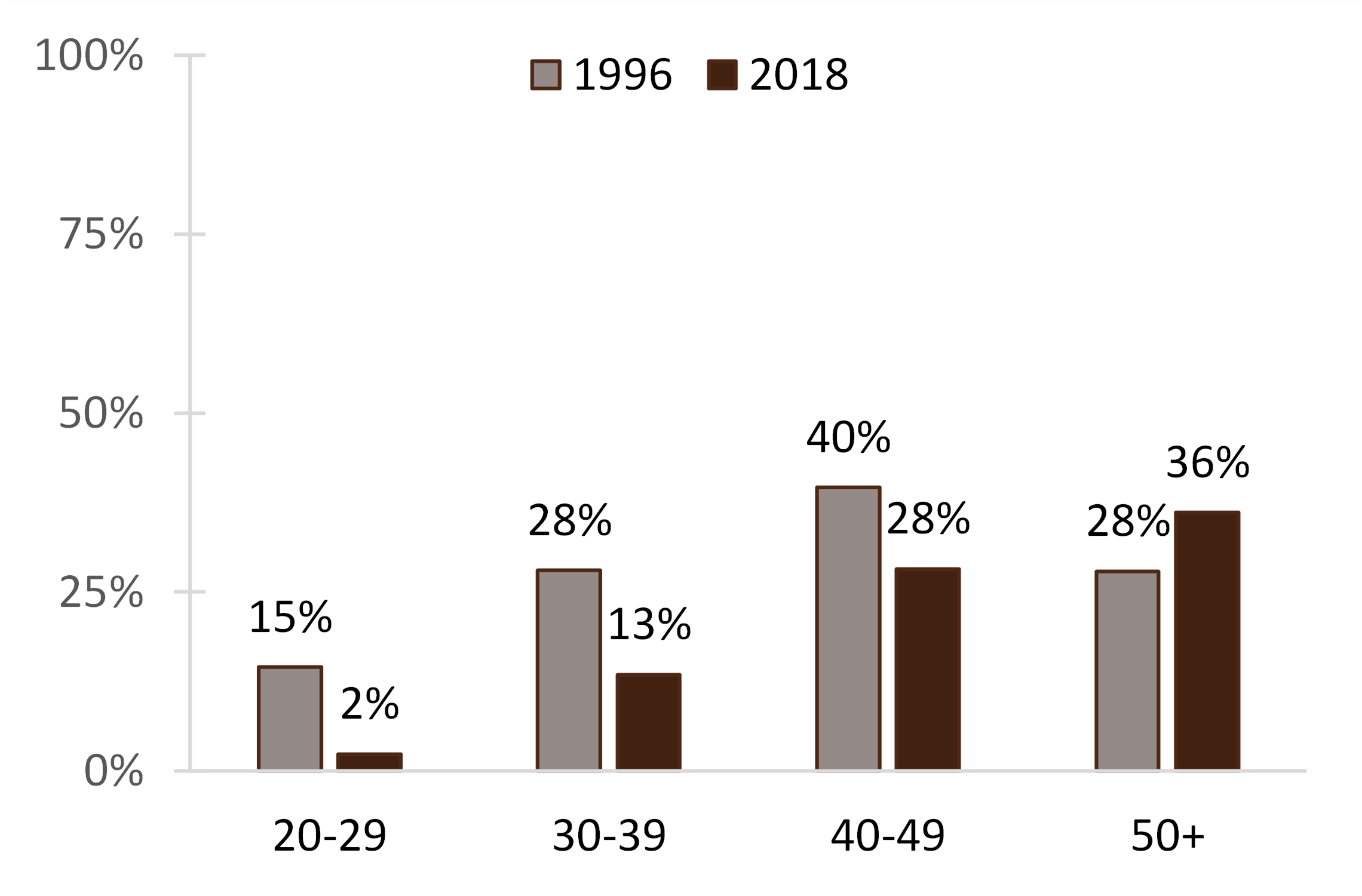 Ever Widowed Among Those Aged 50 or Older by Gender

The share ever widowed is based on the number individuals who have ever been widowed divided by the number who had ever been married. Widowhood is relatively rare among younger adult age groups; therefore, we limit our comparison to those 50 or older.

Figure 4. Percentage Ever Widowed Among Ever Married Individuals Aged 50 and Older by Gender, 1996 & 2018 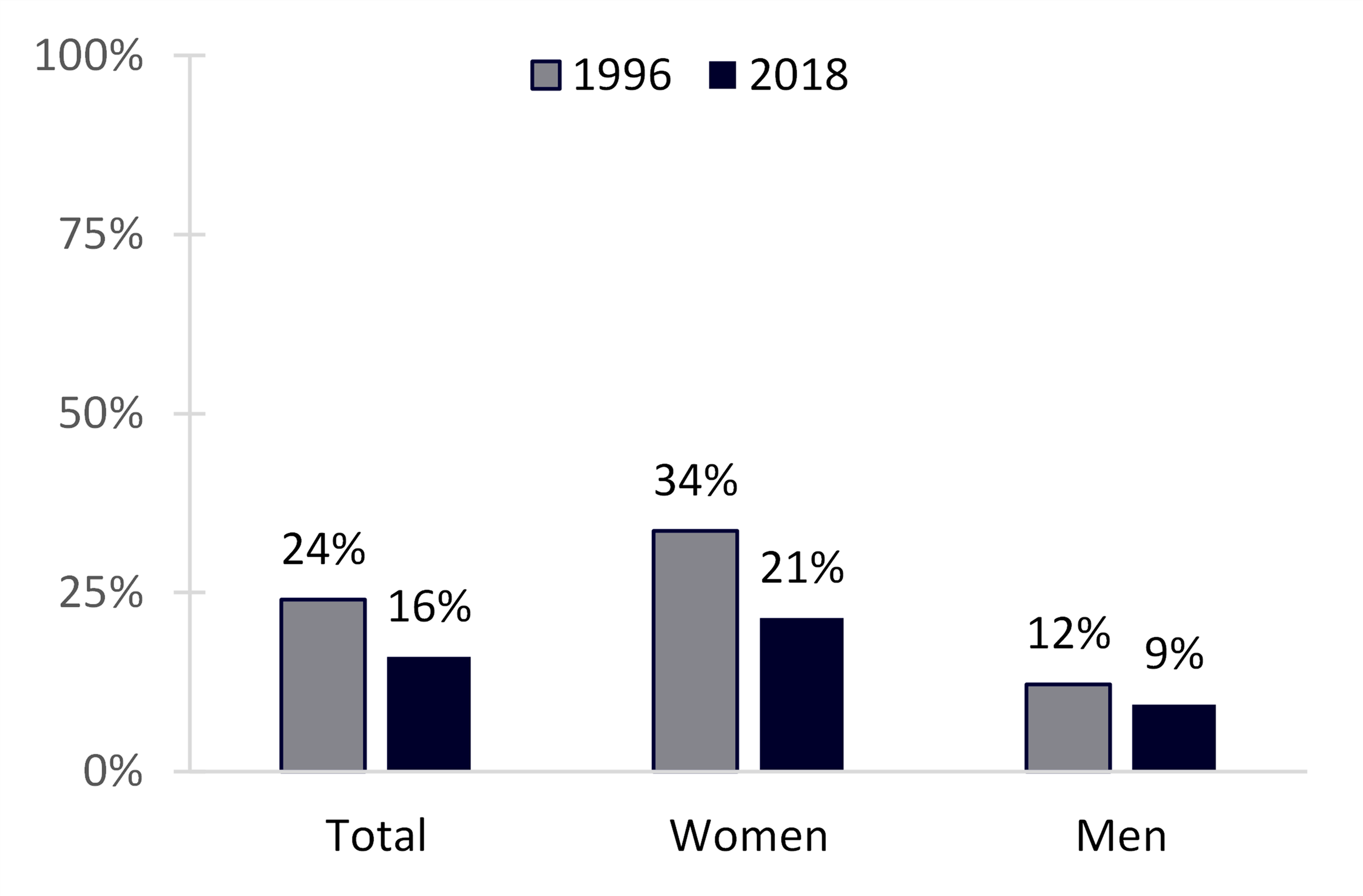