The number of foreign-born older adults (aged 65 and older) living in the United States has grown substantially over the past few decades, nearly doubling between 1990 and 2010 (Batalova, 2012). Many have migrated at older ages often to be with their adult children and grandchildren who are already living in the U.S. (Tienda, 2017). Noncitizens are foreign-born residents who do not possess U.S. citizenship, the majority of whom are in the country legally (Pew, 2019). In this Family Profile, we use the 2017 American Community Survey to examine older adults’ living arrangements by gender, citizenship, and poverty status. Our sample includes men and women aged 65 and older who live in the U.S. 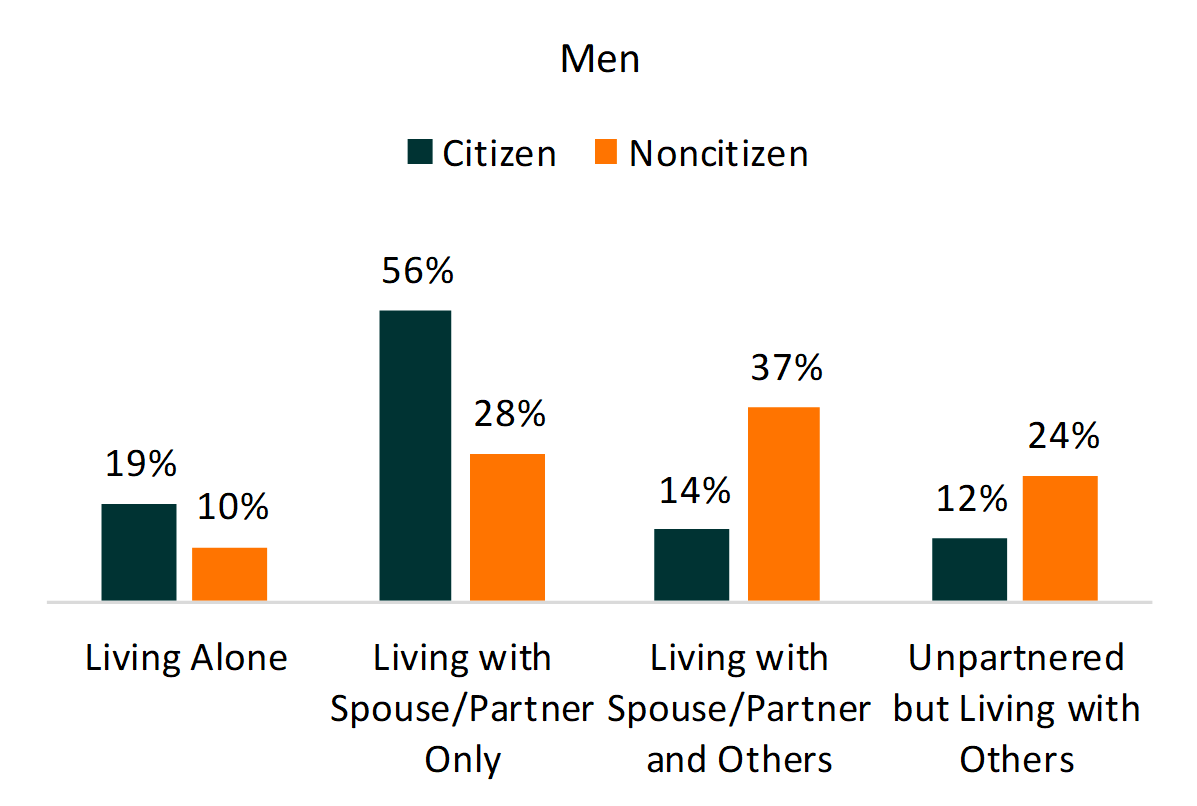 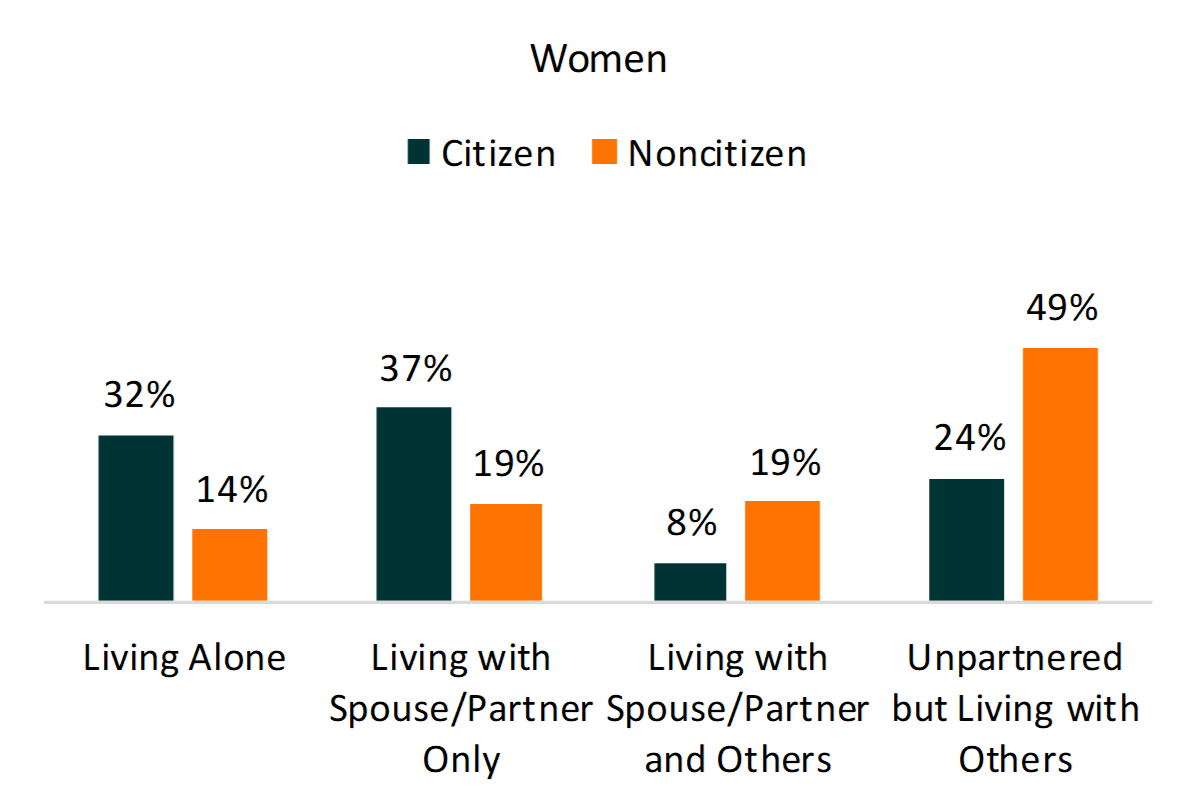 Living Arrangements and Citizenship Below the Poverty Line

Figure 2. Share of Adults Aged 65 & Older Who Were Below the Poverty Line by Living Arrangement, Citizenship Status, & Gender 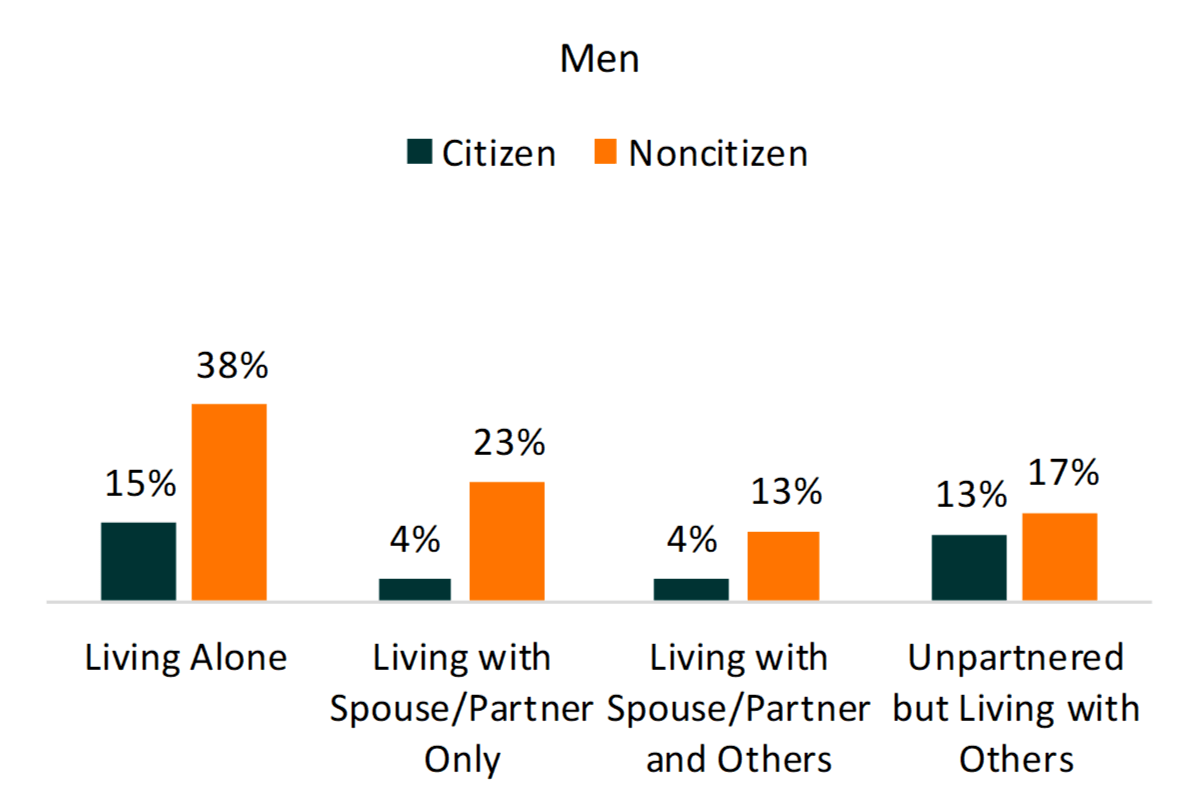 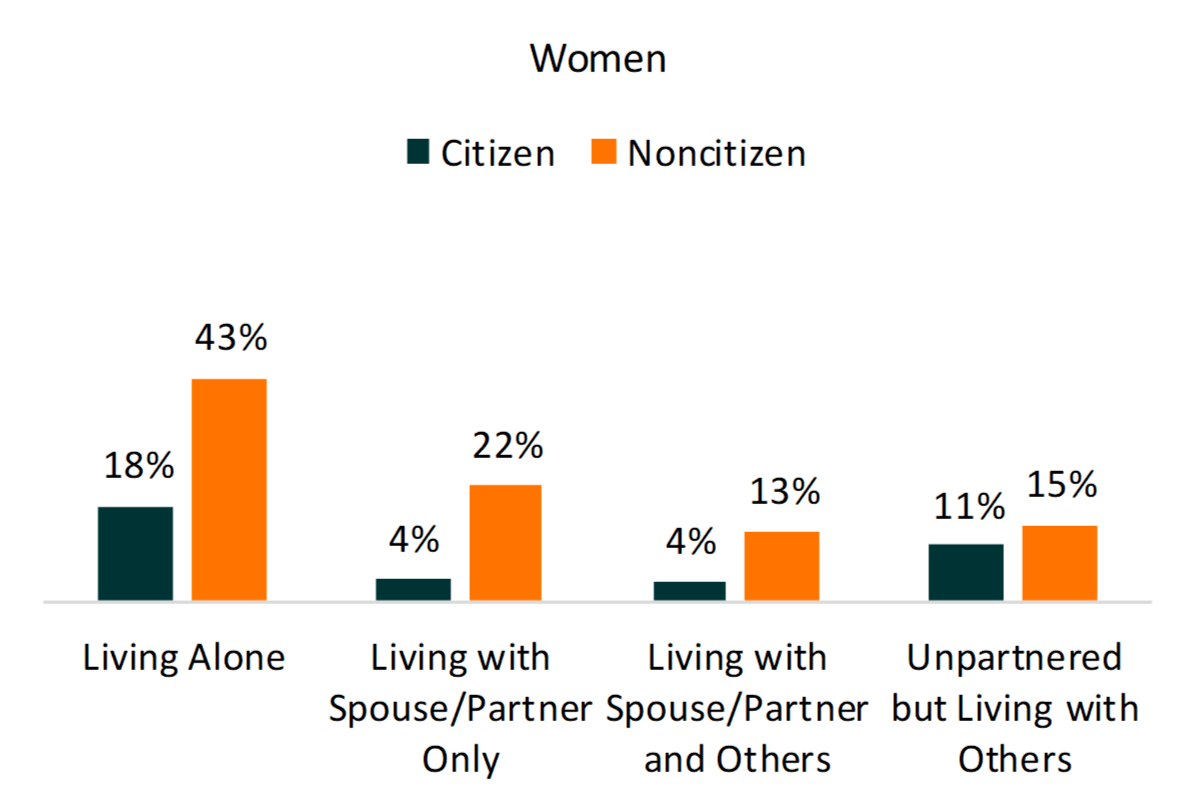 Figure 3. Share of Noncitizens Aged 65 & Older Who Migrated to the U.S. at Age 50 or Older 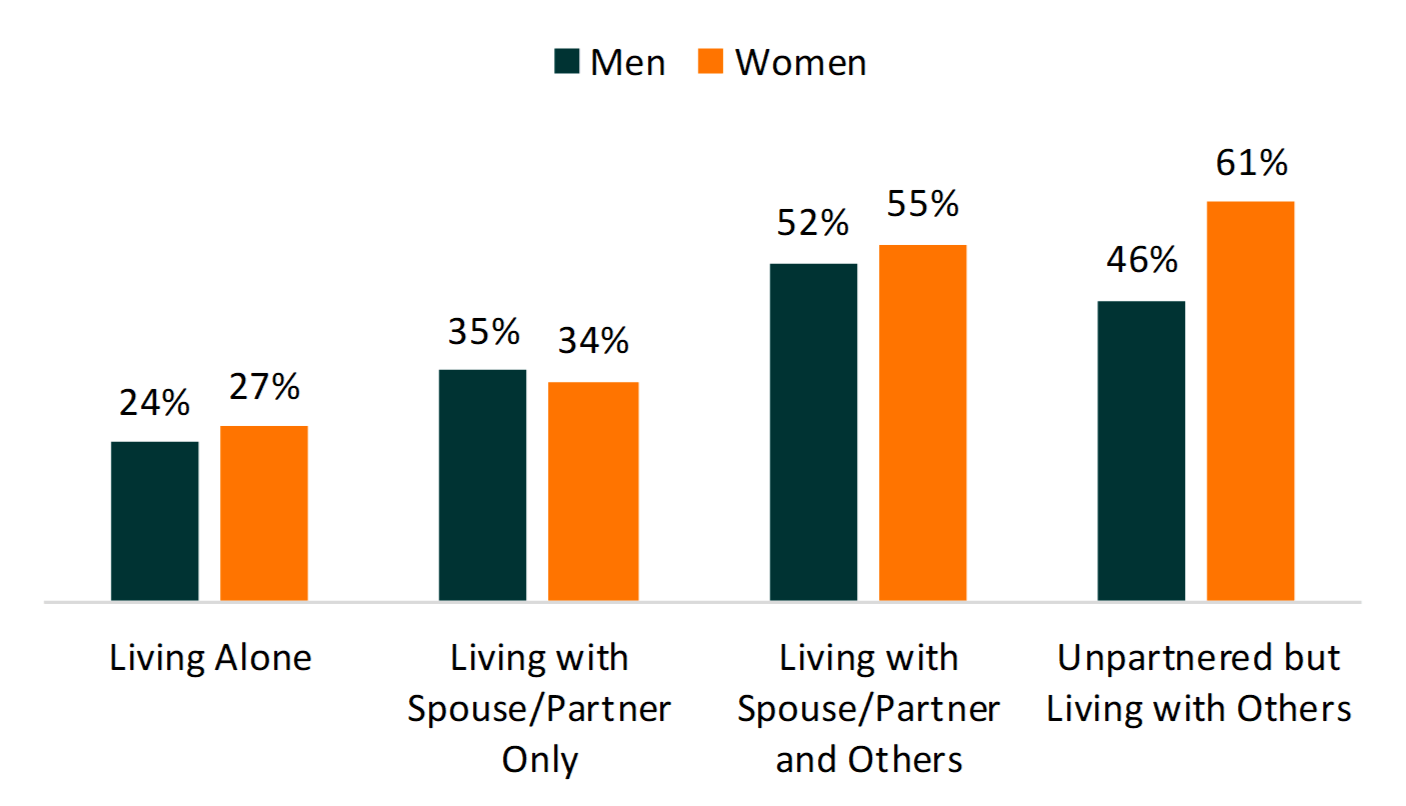