Contemporary families have become increasingly diverse since the 1950s and 60s reflecting the rise in cohabitation, retreat from marriage, and high levels of divorce (Lichter, Sassler, and Turner, 2014; Smock, 2000). About two in five marriages end through separation or divorce (Kennedy and Ruggles, 2014). Relatively little is known about the attitudes of Americans toward marriage and divorce. This profile examines these attitudes among married and unmarried men and women aged 15-44 using the 2011-2013 National Survey of Family Growth (NSFG). Attitudes are compared by relationship status, i.e., single, never cohabited; single, ever cohabited; cohabiting; premaritally cohabited married; and direct married. Pessimism about marriage, support for cohabitation as a means to divorce-proof marriage (Smock and Manning, 2015), and for divorce as a solution to marital problems varies by relationship status. Direct married individuals have the most optimistic views about marriage and are least accepting of premarital cohabitation and divorce while those who are unmarried and have ever or are currently cohabiting are the most pessimistic about marriage and are more accepting of premarital cohabitation and divorce. Attitudes do not differ by generation or gender, with members of Generation X (born 1965-1980) and Millennials (born 1981-2000) and men and women sharing similar views toward marriage and divorce.

Figure 1. "Marriage has not worked out for most people I know." 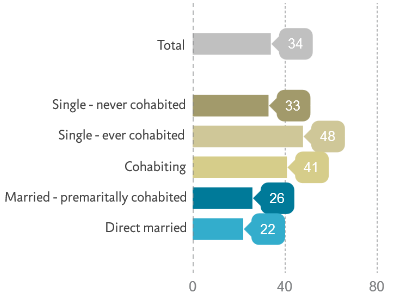 Figure 2. "Living together before marriage may help prevent divorce." 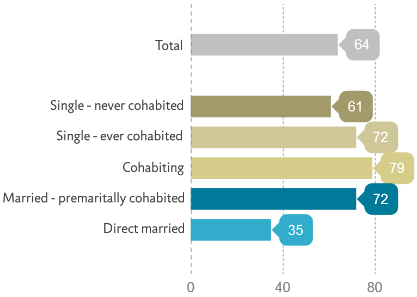 Figure 3. "Divorce is usually the best solution when a couple can't seem to work out their marriage problems." 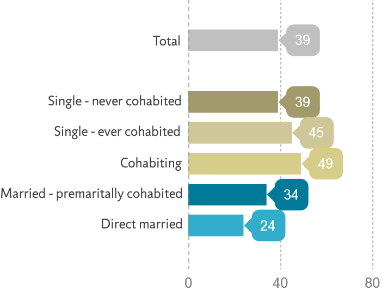