The overall U.S. divorce rate has declined only slightly over the past three decades. In 1990, 19 people divorced for every 1,000 people who were currently married versus 15 per 1,000 in 2017. This overall trend masks considerable variation in the divorce rate by age group. The divorce rate for those aged 50 and older has more than doubled since 1990 (Brown & Lin, 2012), signaling that the divorce rate for younger adults has declined (Kennedy & Ruggles, 2014). This profile updates FP-17-20 combining data from the 1990 U.S. Vital Statistics and the 2017 American Community Survey.

During both 1990 and 2017, the rates of divorce declined with age. Differences in divorce rates across age groups were smaller in 2017 than in 1990. 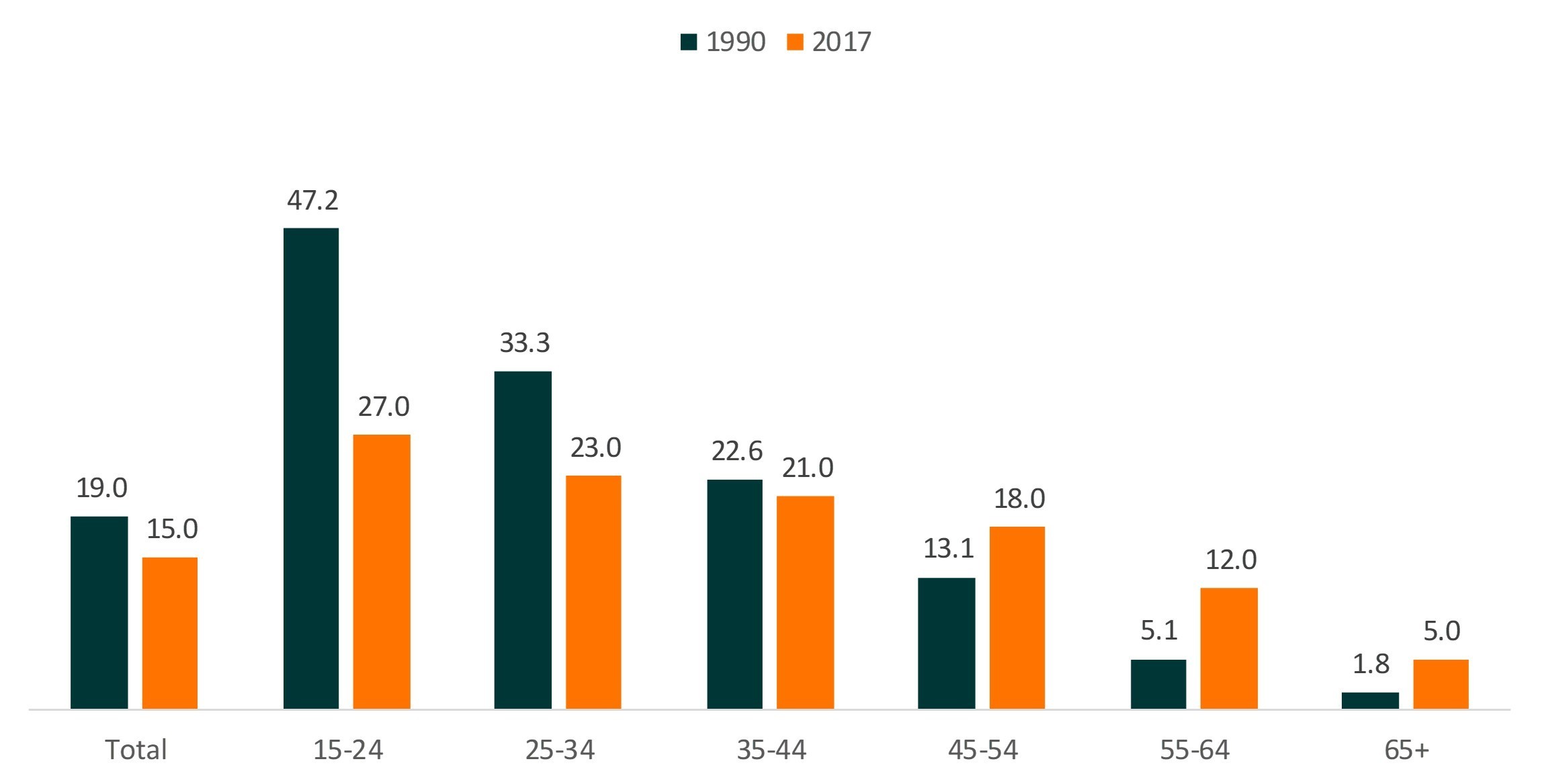 The trends and levels of divorce were similar for men and women across age groups. 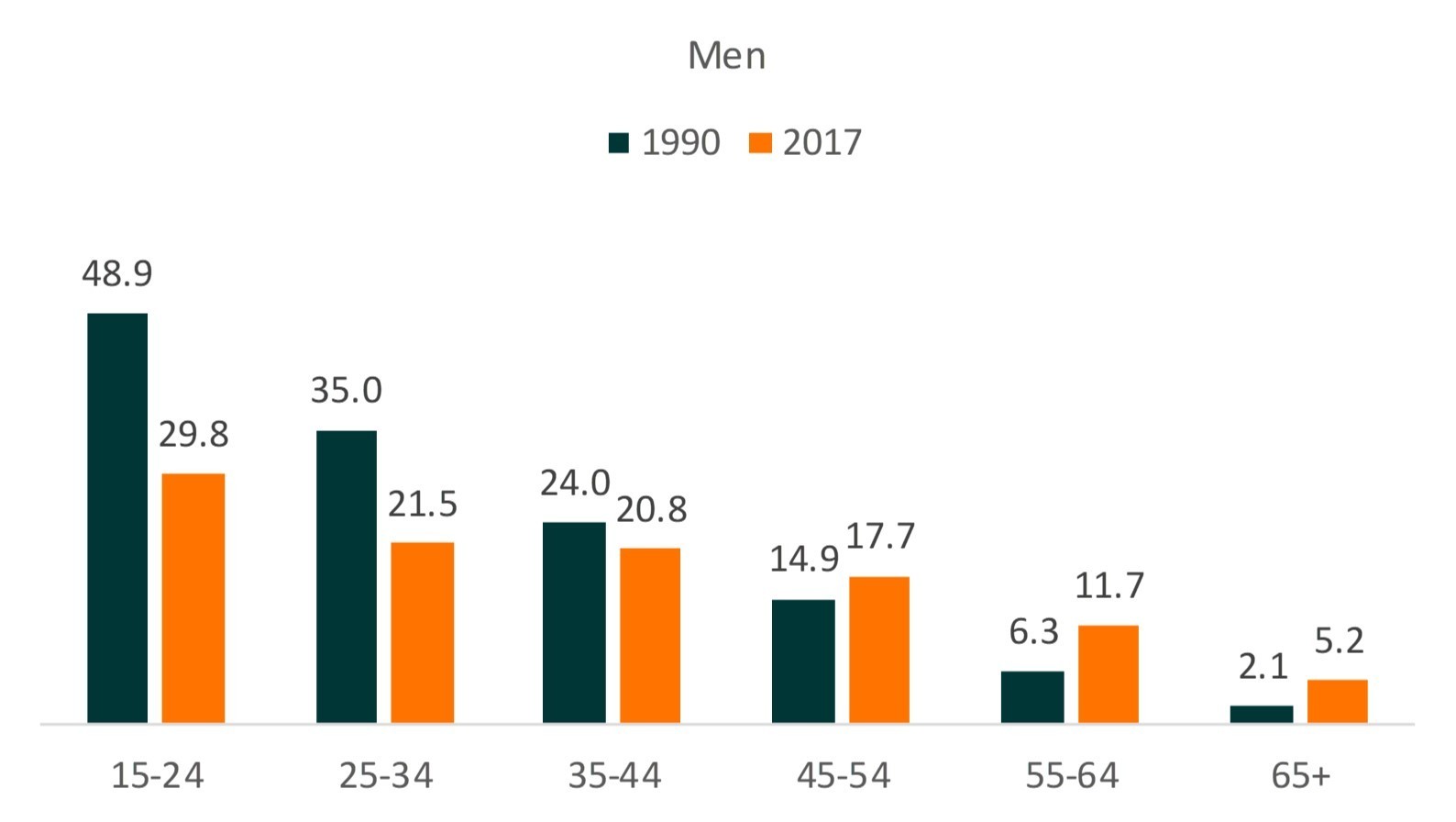 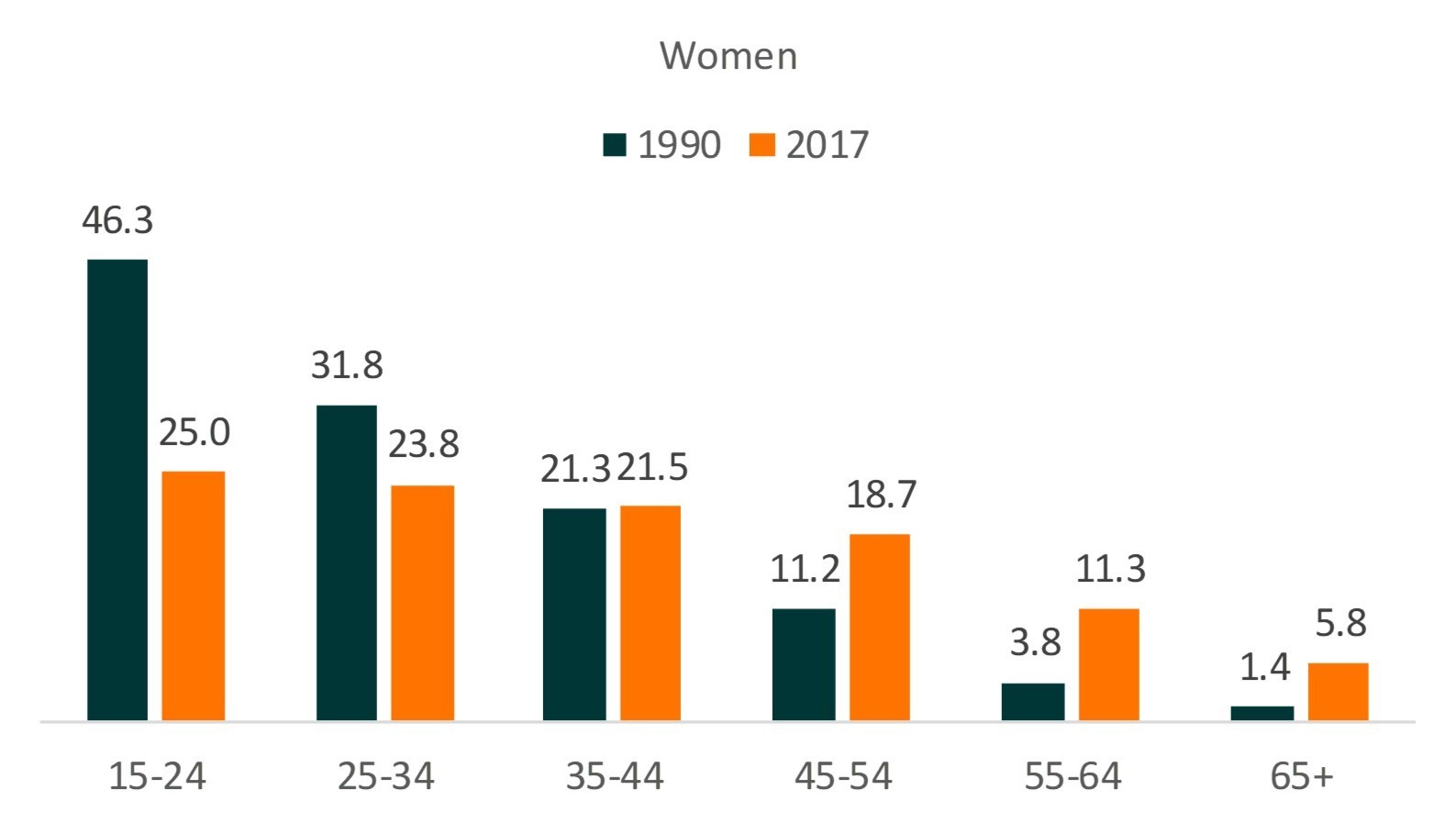