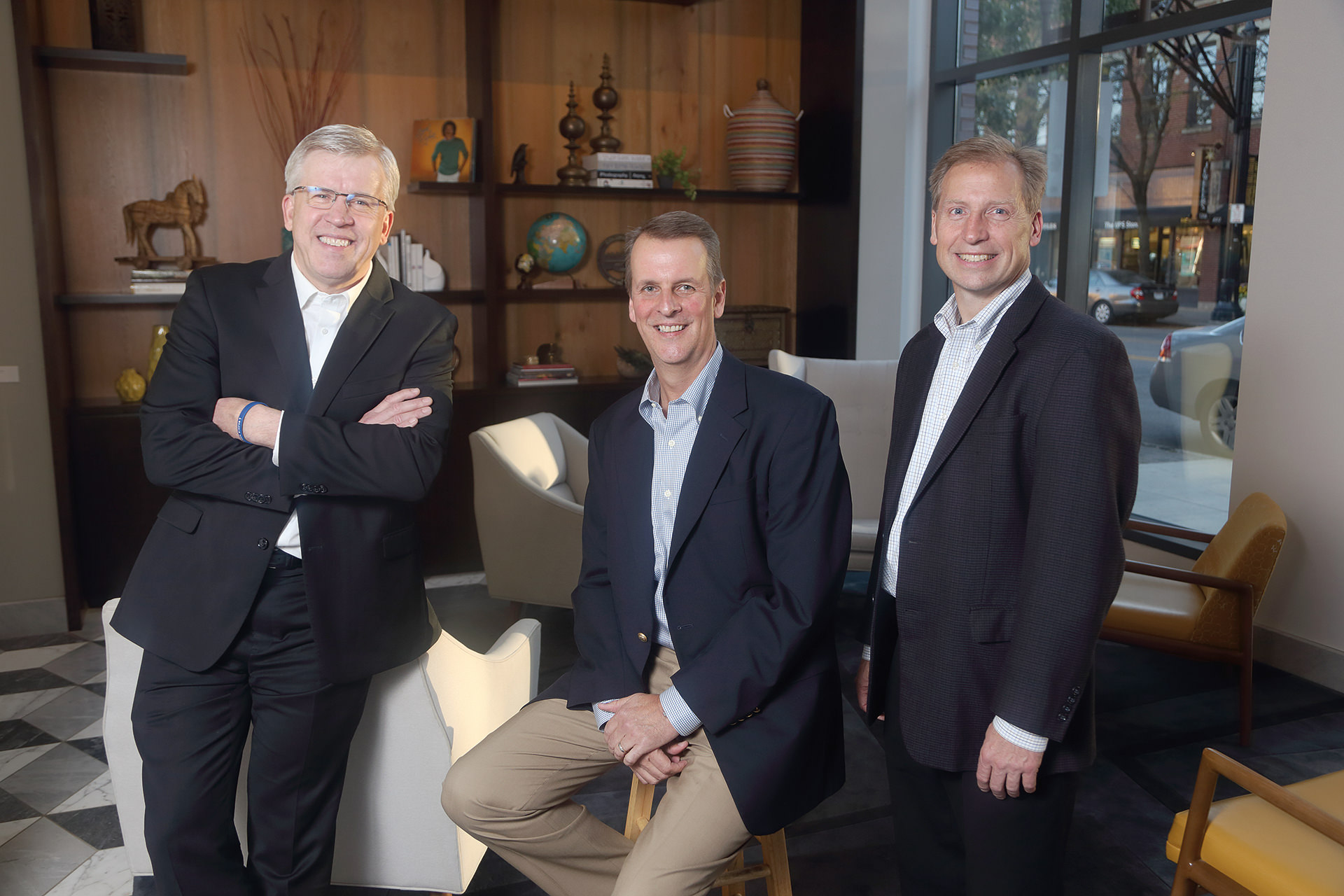 When Jeff Tomko, Bob Nelson and Tom Lake graduated from Bowling Green State University in December 1986, they might as well have been given keys to Honda along with their diplomas.

The three alumni, who graduated with dual majors in production operations management and purchasing materials management, all started working in January 1987 at Honda of America’s purchasing division in Marysville, Ohio.

All three point to their education at BGSU as a reason for their success in the automotive industry, particularly under the tutelage of Dr. Chan Hahn, Distinguished University Professor and Distinguished Teaching Professor Emeritus of management. 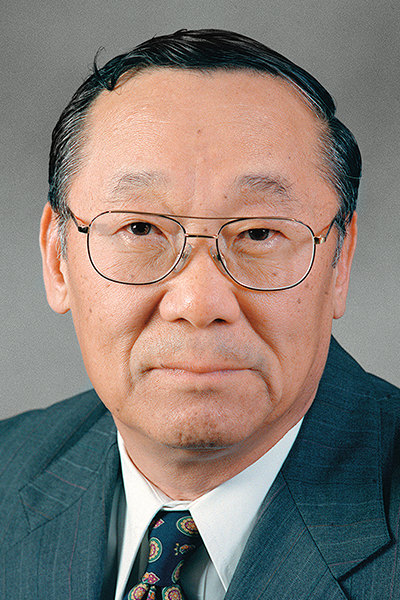 “We’re told the best draft year for Honda was 1986,” Tomko said. “Bob Nelson, Tom Lake and I were all in the same class taught by Dr. Hahn.

“Dr. Hahn was interested in our education, but he also knew the skills of his students and the companies on the outside and where they would fit best based on the cultures of the company. I think the small classes at BGSU really helped the observations by Dr. Hahn. I think from very early on, every class that we were in, we were in projects and every project had a team aspect. Then when you move into the real world you already have that experience of how to get the best out of the team. Dr. Hahn was able to do that at BGSU, and I think that prepared us well for Honda.”

At Honda Alabama (HMA), Tomko oversees all manufacturing and business operations for the $2.2 billion light truck and engine plant located in Lincoln. HMA is the exclusive manufacturer of the Honda Odyssey, Pilot and Ridgeline, as well as the V-6 engines that power the vehicles. The Alabama facility has the capacity to produce more than 340,000 vehicles and engines annually.

In 2007, Tomko moved to manufacturing and became vice president and plant manager of Honda Transmission of America in Russells Point, Ohio. Under his leadership, the plant doubled in size, increased efficiency and flexibility and introduced two new transmissions for the Honda lineup. In 2011, he was named vice president and plant manager of the Marysville Auto Plant, where he oversaw the launch of the redesigned 2013 Honda Accord, the best-selling U.S. sedan.

When Tomko was at BGSU, he had two internship opportunities, one at General Motors near Dayton and the other at General Electric in Fort Wayne, Indiana, and he didn’t know which one to take. Hahn encouraged him to take both.

“His point was: you have the dual degree, production operations and procurement; those two internships are different, so you could get good experience in the production side of GM and you could learn a little bit about the buying side at GE,” Tomko said. “I actually ended up taking that entire summer between my junior and senior year and also the fall semester off to do both internships.

“He was right because it really gave me a different perspective. It kind of allows you to finish your senior year with really good work experience and then when you interview for jobs you can really talk about the real world and what you experienced at GM and GE. I thought that was invaluable, and in the end the reason Honda hired me.”

Tomko said those internships and his time well spent at BGSU set him on a path to success at Honda. Plus, the success he and other alumni have had has put the University in good standing with the company.

“Bowling Green has had a huge impact on Honda,” he said. “With the positions BGSU grads hold, it’s recognized when people hear you’re from BGSU that you’re likely going to be in upper management at Honda. There are a lot of cases to back that up.” 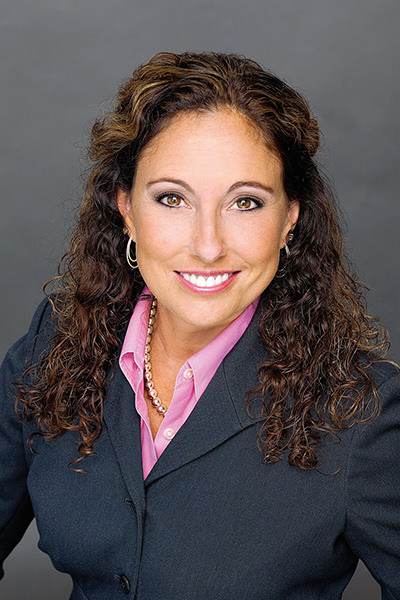 At Honda Indiana (HMIN), Nelson is responsible for all the plant’s operations and provides leadership to the more than 2,400 associates who produce the Honda Civic sedan and the CR-V at the Greensburg, Indiana, facility, Honda’s newest auto-manufacturing facility in North America.

Before joining HMIN, Nelson served at Honda of America. During his tenure at HAM, he served a three-year assignment in Tochigi, Japan. His most recent position before joining HMIN was vice president for North American purchasing.

“I remember talking to Jeff and Tom during the whole interview process,” Nelson said. “We knew where everyone was standing on the interviews, the hiring dates and everything. We still work closely together today but we were in the same function, purchasing. For 24 years, we all worked together in purchasing.”

Nelson agreed that Hahn was a key element during the three students’ development while they were at BGSU.

“I thought he did a really good job of giving us a real-life perspective while at college. Real-life simulations, real-life case studies, and he brought that realness to the classroom for us, which I think went a long way in preparing us for Honda.”

Lake directs the optimization of the supply chain that supports Honda’s automobile operations. In this role, he leads the direct and indirect procurement groups that serve the entire North American region. He is also responsible for the technical team that drives supplier quality and delivery performance improvement as well as total operational efficiency.

During his career, Lake has helped expand Honda’s purchasing network to 823 original equipment manufacturer suppliers in North America, from which Honda now purchases nearly $31 billion in parts and materials annually.

“I think the most useful lesson I learned at BGSU was how to work effectively in teams,” Lake said. “I didn’t really recognize how valuable that skill is until I got to Honda, where everything is done in teams, even to this day. I quickly realized it was not as much what I could do as an individual but, more importantly, how I could interact with the other team members. It was through my studies at BGSU that I not only developed as an individual and honed my own skills but really got firsthand experience on how to work effectively in teams.” 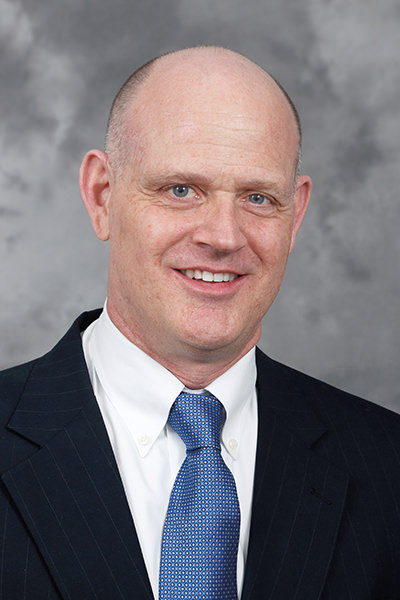 Lake vividly recalled a valued lesson from Hahn, which he described as “not necessarily Purchasing 101, but Life 101.”

“I came into Dr. Hahn’s class as an overly confident upperclassman looking forward to finishing college and going out and conquering the world,” he said. “I remember the first time I presented on a topic and after I was done, Dr. Hahn asked four or five questions that totally revealed the weakness in my analysis and conclusion and ultimately made me feel like I never read the material. It sounds like a bad experience, but what I learned that day is how much I didn’t know. It really taught me that confidence can be a good thing, but sometimes overconfidence creates blind spots and can effectively shut down the learning process.

“When I came to Honda, I carried that new attitude with me and I was watching, listening and learning from more experienced people all the time, and it really helped me accelerate my learning curve and ultimately my growth in the company. That attitude is with me to this day, and I just feel like continuing to learn has been a huge key to my career.”

In fact, it was Gary Hand who recruited Tomko, Nelson and Lake at BGSU, with an assist from Hahn.

“I still remember shortly after joining Honda, my manager approached me and said, ‘We’re going to continue to grow and we’re going to need some good people in our purchasing area.’ He challenged me to begin the recruiting and hiring process. Fortunately for me, I knew exactly where to go, to BGSU. We had on-site interviews and Dr. Hahn was very helpful also, and of course I knew him from my classes. I met with him and he was able to give me some good insight about the different students.

“That’s how we were able to recruit so many good candidates to come to Honda such as Jeff Tomko, Tom Lake, Bob Nelson, Tim Meyers, Pam Heminger, etc. BGSU and Honda have had a good relationship through the years. We all respect Dr. Hahn. He was very passionate about his area of study and I think he left an impression on all of us.” 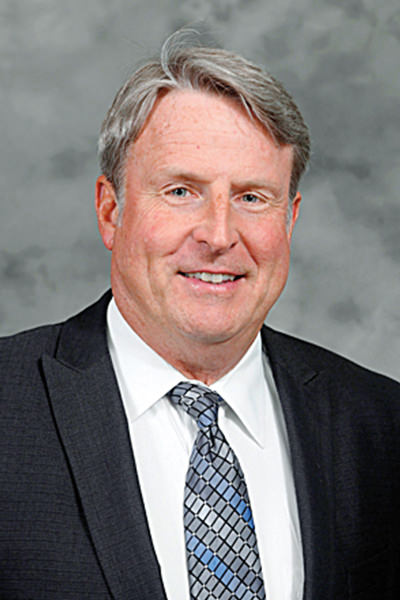 After 30 years, Tomko, Nelson and Lake are still good friends who count on each other for support and are proud of what they have been able to accomplish during their careers at Honda.

“We’ve only grown closer to each other throughout this whole process, but the foundation formed while we were at Bowling Green together,” Nelson said.

“The value of a strong network and being able to interact with people you already know and trust, and hopefully they feel the same way, is huge,” Lake said. “I frequently turn to that network to be more effective.”

“Tom, Bob and I — besides work-related business — get together about a half dozen times a year to catch up,” Tomko said. “The Bowling Green connection allows us all to communicate whenever we need help or assistance. I think it’s a good network we have overall. It’s hard to believe 30 years have gone by that quickly, but the amount of roles and positions we’ve had, the amount of opportunities, the global travel that we’ve had, and the ability to learn has just been incredible. Now, we’re in a position to train the team that is behind us, and hopefully the next generation as well. It’s an awesome opportunity.”

The Class of ’86 is Changing Lives for the World.

Honda has 12 manufacturing plants in the United States, including five automotive plants. Honda’s latest plant is the Performance Manufacturing Center in Marysville, Ohio, where the Acura NSX is built, the only supercar produced in the U.S. In 2016, Honda manufactured almost 70 percent of its U.S. auto sales in America — the second most of any auto manufacturer in the country.