An Event Honoring the Scholarly Contributions of Professor Kenneth Pargament

“Spirituality and the Deepening of Clinical Research and Practice:
An Emerging Multi-Disciplinary Field” 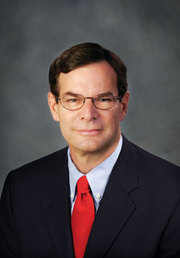 This event was held on Friday, April 15, 2016. The event was sponsored by: The BGSU Department of Psychology; the BGSU Graduate College; the BGSU College of Arts and Sciences; the BGSU Office of the Provost; the BGSU Center for Family and Demographic Research; the BGSU Counseling Center; and the John Templeton Foundation.

Here is summary of Ken’s scholarly contributions that motivated the event; a description of the event; and a link to each of the speaker’s presentations (below).

One of BGSU’s most highly esteemed faculty members, Professor Kenneth Pargament, retired in June of 2015. As a leading figure in the psychology of religion, Ken has received numerous awards, honors, and grants, and is a past president of the American Psychological Association’s Division 36 (the Society for Psychology of Religion and Spirituality). In addition, Ken has authored or edited key volumes in the field, including:

Ken’s international reputation includes collaborations with researchers, practitioners, clergy, and students inside and outside of the United States. At Bowling Green, Ken has mentored numerous graduate and undergraduate students, including having directed nearly 40 doctoral dissertations.

Ken has shared with us where he thinks the field of psychology of religion needs to be advanced. In Ken’s own words: “The last 30 years have witnessed a dramatic upsurge in research and practice in the area of spirituality, health, and well-being. Scientists and professionals from a variety of disciplines have turned their attention to the ways spirituality shapes the lives of individuals, institutions, communities, and cultures. Innovations in theory, research, and practice have been generated from medicine, public health, chaplaincy, pastoral care, theology, religious studies, sociology, anthropology, philosophy, education, social work, nursing, and both basic and applied psychology. Unfortunately, much of this knowledge has not been widely disseminated beyond the boundaries of these particular disciplines. The “silo-ization” of knowledge manifests itself through field-specific journals, publishing houses that target particular disciplines, and regular professional meetings organized by discipline. As a result, new developments that deserve widespread attention across disciplinary boundaries have not been shared. This is not a particularly efficient way to push this area of work forward and, more importantly, limits the potential for synergistic growth and transformations in our knowledge.”

To honor Ken’s contributions to the field of the psychology of religion and spirituality, our day-long event highlighted innovative contributions in the area of spirituality, health, and well-being from the perspectives of 7 speakers covering multiple disciplines.