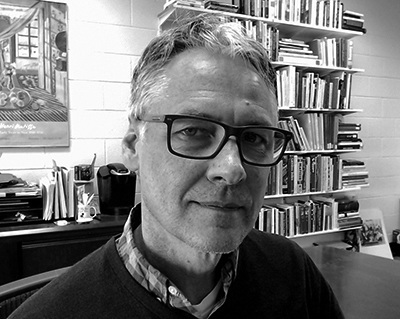 Areas of Research/Artistic Focus
Research interests include drawing in all media, painting, printmaking, photography, Art History and criticism. Studio work addresses the intersection of non-objective and representational imagery within a landscape context.

Group exhibitions include "Small Worlds" at the Toledo Museum of Art , "Small Monuments" at the Museum of Contemporary Art Cleveland, "Visions and Revisions, Art on Paper Since 1960" at the Museum of Fine Arts Boston, and the Annual Invitational Exhibition at the National Academy of Arts and Letters, New York City.

Represented in a number of public and private collections including the Boston Museum of Fine Arts, the Yale University Art Gallery, the Smith College Museum of Art, and the Akron Museum of Art.
—
Faculty member at BGSU since 1997