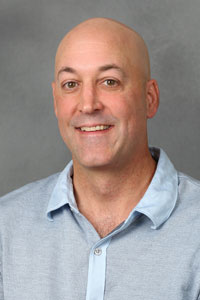 Dr. Andrew Kear earned his Ph.D. in Political Science from Colorado State University and started as an Assistant Professor at BGSU in the fall of 2011.  His research focuses on energy politics and policy and the role that competing interest groups play in state and federal policymaking.  Dr. Kear’s dissertation, titled “Unconventional Politics of Unconventional Gas: Environmental Reframing and Policy Change,” examines the contentious politics surrounding the present natural gas boom in the Rocky Mountain West.  Insights gained from this western U.S. natural gas political conflict are increasingly relevant as the mid-western and eastern states begin to experience their own respective booms.  Currently, Dr. Kear is co-authoring several papers on state and federal politics and policies surrounding natural gas hydraulic fracturing and development.  Additionally, he continues to research and write about the complex relationships between competing interest group and state legislative framing as it relates to the narrative policy framework and policy change theory.

As a dual appointment between the Department of Political Science and the Department of the Environment and Sustainability, Dr. Kear combines his educational and professional experience as a geologist with his knowledge of environmental and energy policy to teach a variety of graduate and undergraduate classes ranging from public policy and administration to energy, the environment, and sustainability.