In 1914 when the mathematics department was created, the only faculty member was, Dr. J. Robert Overman. Ten courses were offered including six for teacher training. In 1915 calculus was added to the curriculum.

In 1924 a second instructor was added to the staff of the department which now includes 12 faculty members. Twenty-eight undergraduate and eight graduate courses are now offered. A M.A. degree with a mathematics major is given. *

In addition to the courses offered to students in the College of Education, instruction is provided business administration students and students in the sciences and liberal arts, geared to their specific interests.

The department is under the supervision of Dr Frank C. Ogg, professor of mathematics. 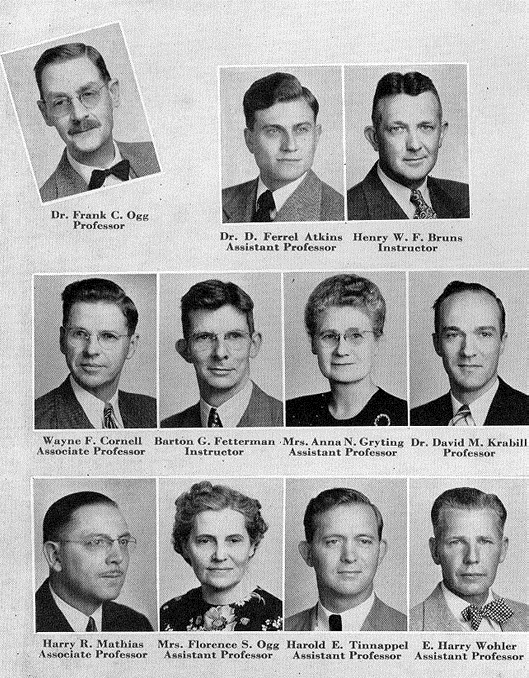 James Robert Overman, Dean Emeritus of the College of Liberal Arts, continues to serve both students and the University as professor of mathematics. 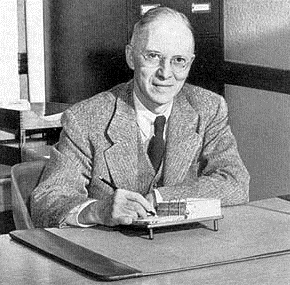 Active on Bowling Green's campus since 1937, Kappa Mu Epsilon is the national honorary in the field of mathematics. The national organization was established in 1931. The Bowling Green chapter is Ohio Alpha.

Listing as its requirements a 3.0 average in mathematics, and at least a 2.0 average in other scholastic courses, Kappa Mu Epsilon devoted its meetings to mathematical topics.

Some social meetings were held in the homes of faculty members. Conventions of Kappa Mu Epsilon are held biennially.

Heading the organization for the past year in the capacity of president was Frank C. Ogg, Jr., vice president was Mary Jane McDougall, with Joan Smith as secretary and Edway Johnson as treasurer. 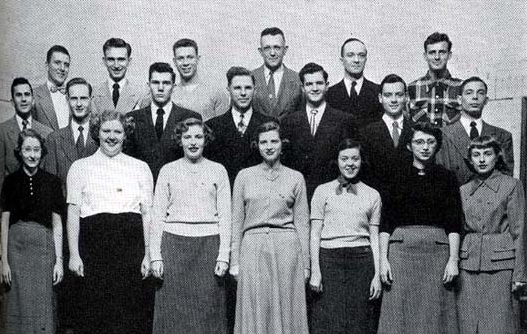