A Phi Beta Kappa with a son who also wears the same honorary key, Mrs. Gryting has proved her ability in a men's world of mathematics. Riding, and letters from her son in England fill those off-class hours.

A Hoosier to the tip of his toes, Mr. Mathias has no sympathy with students who don't study. A surveyor at heart. he enjoys fishing in a Minnesota lake where there are plenty of fish.

Professor Cornell proves that professors are human by liking corn meal pancakes with rabbit gravy, "as only Mrs. Cornell can make them". He's dad to three cute boys.

A member of Town and Gown, Dr. Ogg is also affiliated with a long list of honoraries including Sigma Xi. The father of five, he breathes, sleeps, and eats mathematics. 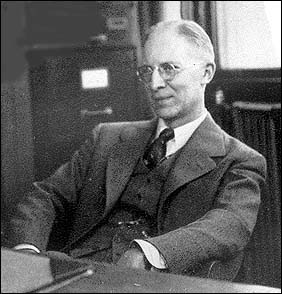 JAMES R. OVERMAN DEAN OF THE COLLEGE OF LIBERAL ARTS

Curriculum problems, university recognition, and chairmanship of a committee for planning a post-war program of development were principal phases of Dean Overman's administrative duties for the year. Another outstanding University catalog was produced under his editorship. 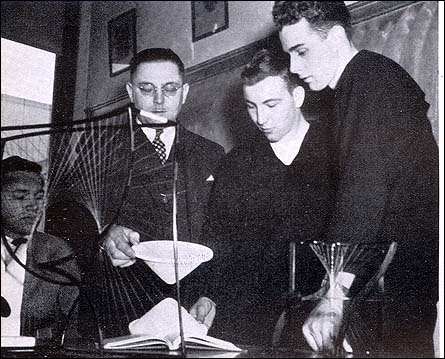 [We still have these models.]