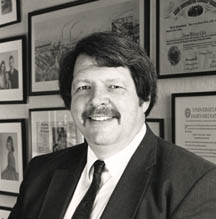 Our colleague, mentor and friend James W. Child passed away on December 25 th 2005. Jim attended Ohio State University as an undergraduate, received his Ph.D. in History and the Philosophy of Science from Indiana University in 1967, and was immediately hired as Assistant Professor of Philosophy at Brandeis University. After three years at Brandeis he resigned that position to attend Harvard University Law School from which he earned a J.D. in 1973. He then returned to his home town of Findlay, Ohio to serve as General Council to Hancor, Inc., a medium-sized manufacturing concern producing plastic products for the agricultural and construction markets, and also practice criminal law. From the mid-1970’s to mid-1980’s he continued for work for Hancor--first as President and CEO and then as Chairman and CEO. During this time he began teaching philosophy Bowling Green State University on a part-time basis. When he left Hancor he returned to full-time teaching, this time at Bowling Green, where he remained until his untimely death. In the course of this unusual career he also found time to work as a blacksmith, read voraciously, pursue his love of films, and drive race cars professionally.

Jim’s teaching interests were as wide-ranging (some would say eclectic) as his career. His undergraduate teaching extended from business ethics and the philosophic foundations of economic systems through political philosophy, ethics, the history of philosophy to aesthetics and the philosophy of film. At the graduate level his teaching focused on political philosophy, philosophic issues in business and economics and philosophical questions in international relations. His teaching was characterized by a genuine concern for his students and the ability, especially in the normative areas, to ground philosophical discussions in contexts in which they arise in everyday life. It was also characterized by innovation. Of special note is his development of an introduction to philosophy course offered over the world-wide web. When web instruction was in its infancy he wrote an introductory text, placed it on the web, replete with assignments, topics for discussion, etc., and made it available to anyone in the philosophy department who wanted to teach a webcourse. In addition, he generously assigned the royalties from this course to the Philosophy Department.

Jim’s publications cover a broad front. They range from logic and the logical structure of physical theories to philosophic issues in intellectual property, international finance and the normative basis of legal authority. They appear in journals as diverse as Analysis, Philosophy of Science, Ethics, Canadian Journal of Law and Jurisprudence and Business Ethics Quarterly, as well as in a number of others. He authored two books Nuclear War the Moral Dimension and Two Paths to Peace Pacifism and Just War Theory in the Contemporary World (co-authored with Donald Scherer.) Both addressed the moral issues in nuclear deterrence and the Soviet – American confrontation. At the time of his death he was near completion of a book on the moral foundations of commercial transactions tentatively entitled Buy Low, Sell High: the Moral Foundations of Commercial Transactions.

Because of his background in law and business, and his ability to use this background to inform the philosophical issues he addressed, Jim made very important contributions to Bowling Green State University’s Ph.D Program in Applied Philosophy, the students he taught and mentored, and the profession he loved. He will be long remembered by everyone he touched.

Memorial Page:  We have created a page for any thoughts and memories of and about Jim that you would like to share. Click here to visit this page.

Link to an obituary of Jim on the University of St. Andrews website