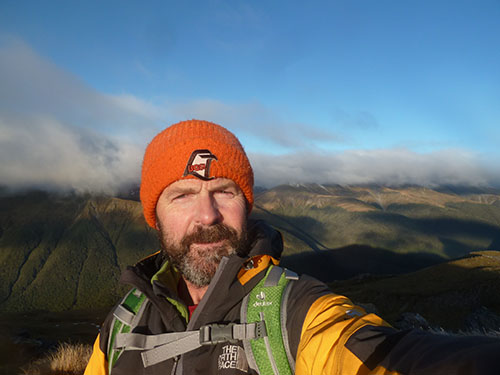 Ian Young arrived in Bowling Green in August of 1993 as a graduate student and completed his PhD under the guidance of Christopher Morris in 2001. The title of his dissertation was "Reconciling Cultural Diversity and Social Unity." His main area of interest is political philosophy, particularly in issues relating to multiculturalism and nationalism. He teaches a variety of undergraduate courses, including introductory courses, political philosophy, business ethics, medical ethics, philosophy of death and dying, environmental ethics and the philosophy of peace and war. In connection with the latter, he helped to create the minor in  Peace and Conflict Studies at BGSU.  He also teaches courses at BGSU's Chapman Learning Community and in the Political Science department.

He is the Faculty Advisor to the Philosophy Club, and is also coaches the BGSU Ethics Bowl team.

He is originally from New Zealand and closely follows the progress of the New Zealand rugby team, the All Blacks, as well as his favorite football team, Leeds United. He loves to travel and in January 2019, he took a group of 14 BGSU students on a three week study abroad trip to his native land of New Zealand, where they focused on environmental issues and activities.